Well folks, we just couldn’t separate them. Only two people have been such surefire winners that we had to disqualify them from Arsehat of the Year contention lest they win it every time.

We’re talking about Peter Dutton and Tony Abbott, the Lennon and McCartney of Arsehattery in Australia. When the Crikey bunker tried to decide who had done the most to wound the public discourse and destroy our faith in our biggest institutions in the last 10 years, these two just kept coming up.

Abbott is the most influential Australian politician of the past 10 years, and for exclusively bad reasons. His policy score sheet is almost blank; more or less everything he tried to actually achieve during his faltering premiership either failed spectacularly or was scrapped after he was ousted as leader in 2015. Just three major legacies remain and we are worse off for all of them.

First, the definitive proof that content-free, exhausting negativity can win elections. Second, the use of asylum seekers as a political dartboard. Finally, and worst of all, the junk science and conspiracy theories on climate change that gained legitimacy and a place in the nation’s mainstream debate thanks to him.

We have wasted 10 years. As Australia burns around its edges during a record-breaking heatwave, we are getting just the smallest taste of what that inaction will end up costing us. 2019 gave us the small mercy of seeing his 25 years in parliament come to a close.

If Abbott’s many affronts to decency are long-running projects one can summarise — if not exactly do justice — in a sentence, the temptation with Dutton is to simply grab any handful of his depredations and sort through them at random: his breathtaking callousness, particularly towards refugees; his overt suspicion of democracy; his comfort with astoundingly racist campaigns — like pledging to bump white South African farmers to the front of the refugee queue, the campaign against “Australians of African appearance”, or those comments about Lebanese Australians.

He is perhaps best summed up by his 2015 pearler about refugees who come to Australia being innumerate and illiterate in any language while taking Australian jobs and languishing in unemployment queues and on Medicare. Pick any three of those — and, believe us, we left plenty out — and you’ve got an Arsehat hall-of-famer.

But like the true champion of Arsehattery he is, Dutton manages a decent dose of old fashioned calamity too. He has spent years as the minister for the most incompetent agency in the Commonwealth. His attempt to race-bait Victoria into electing a Liberal state government was a magnificent disaster. And in 2018 Dutton burnt his own government to the ground because he was so sure he could be prime minister that he didn’t bother checking if he actually had the numbers.

Indeed, anyone who feels there is no come-uppance great enough for Dutton is encouraged to soak in that stony-faced picture of the Dutton family’s post-spill lunch.

People of the Decade

Once you’ve come to terms with the courage, dignity and generosity they have shown in the face of unimaginable grief, what really strikes you about Chrissie and Anthony Foster is their sheer energy; the ability to keep going. Their daughters, Katie and Emma, were raped by paedophile priest Kevin O’Donnell in the mid 1980s. Both daughters turned to chemical dependency; Emma died of an overdose at the age of 26, and Katie was left needing 24 hour care after being hit by a drunk driver in 1999.

It was under this weight — that would understandably crush many — that the Fosters spent decades fighting for justice which eventually resulted in the handing-down of the report of the Royal Commission into Institutional Responses to Child Sexual Abuse in 2017.

George Pell, the man they first went to with the news their daughters were being abused, is now likely to spend the rest of his life in prison. The protection racket that characterised the Vatican’s response to the epidemic of child abuse in its ranks is finally falling apart, thanks in large part to the work of activists like the Fosters.

In yet another awful turn, Anthony did not live to see the commission’s findings be handed down, taken by a stroke in May 2017. One can only imagine what strain this process inflicts on a person when they lose the person with whom they truly share it, and how they continue afterwards.

And yet, there Chrissie Foster is, calling for Pell’s manifestly inadequate “Melbourne response” compensation scheme to be “torn down”.

People of the Decade, by year

Arsehats of the Decade, by year 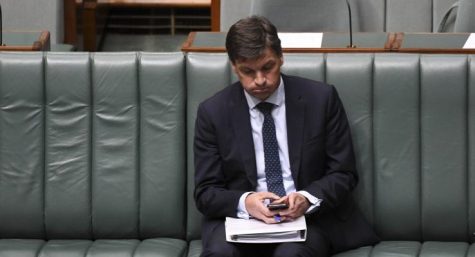 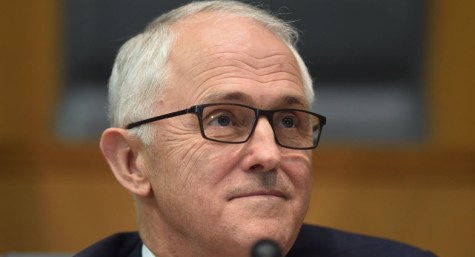 Who will be our Person and Arsehat of the Year? Vote for the 2016 Crikeys!

(Dis)honourable mention to lord moloch, may he (soon) be eternally restless in his box.

Fairmind
Reply to  swimming the Hellespont

I am pretty sure if Old Rupes was still an Aussie, he would have been multiple winner, his arsehattery is at a world-leading level.
But like you sir, I look forward to his demise with some relish…a family plane crash would be ideal.

The enduring thing about Abbott is that he (with his naked selfish and entitled politics) came to personify the party (and coalition) that elected him leader – they haven’t improved with his passing.

Has he passed? Pass the champers..!!

By any measure Tony Abbott would have to be the most destructive, divisive and deceitful arshat in the history of Australian European settlement.

Yet, they keep getting re-elected , some with an increased majority. It took years to get rid of Abbott, and will take even longer to get rid of the mess he leaves behind.
In the meantime, our alleged government continues on its merry way of doing nothing, achieving less, and being congratulated every step of the way by the Murdoch cheer squad.
What hasn’t been examined yet, is the affect the “religious frredom ” legislation will have on today’s youth.
Are we legislating to allow child abuse, even after the Nation has spent millions on a Royal Commission to finally shed a light on the years of abuse conducted by those same religious leaders? Is this another way of getting their power back?
Australians, it is time to revolt.