Inq investigates how disability employment service providers are able to game the system and rake in government benefits while failing the people they are supposed to be helping.

This is part three of a three-part series. For part one, go here. For part two, go here.

Matchworks is a sprawling employment company with 319 offices and contracts spread across every nook and cranny of Australia. Their task: to find meaningful jobs for thousands of Australians with disabilities.

Like all other disability employment service (DES) providers, Matchworks’ performance in achieving this task is assessed by the Department of Social Services (DSS), which allocates them a star rating out of five based on a client’s disability and employment outcomes. These ratings are weighted nationally, with three stars being the average.

The stars did not light up for Matchworks: 40% of their offices and contracts were rated less than two stars. At the same time, parent company GenU reported $314 million revenue in their latest annual report — $208 million of which came from government and other grants (GenU did not respond to Inq’s request for comment).

“Star ratings are open to manipulation … some agencies are able to game the system a bit and get high scores,” he told Inq, adding some agencies are punished in the rating system for finding their clients meaningful, long-term work, as clients are only evaluated up to six months. 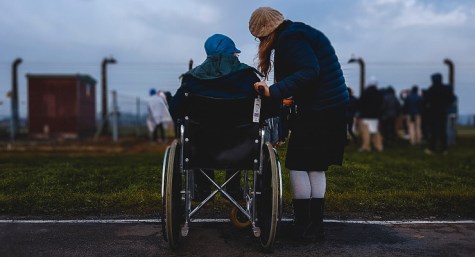 Martin Wren, CEO of specialist DES provider Nova Employment (which is well-regarded by disability advocacy groups and has a five-star rating) echoed these sentiments. “Achieving a benchmark set by Centrelink that says if you get this bloke eight, 15, 23 hours a week you get a full outcome… So if you can get an employer to break a job into 2 x 15 [hour contracts] you get 2 x full outcome payments,” he wrote on the company’s website.

Peter Smith, director of the Centre for Disability Employment Research and Practice and a Melbourne University Fellow, agreed. “Those benchmarks, you could manipulate them quite easily with its focus on compliance,” he told Inq. “It’s the same people who have been doing it forever, and they know the system, and they know what to do to get the right star rating. It’s a compliance-based system, it’s not about the client.”

But Rick Kane from the government-aligned advocacy group Disability Employment Australia stressed he believed the system was robust enough to regulate dodgy providers. “The mechanisms set up within the contract itself are robust enough to look at how progress and performance are tracking,” he said. “For a provider to just bring in participants [and] see them for a minimal time, if a provider-operated like that they wouldn’t get out of ‘in scope’ [meaning they wouldn’t] be financially viable to keep going.”

Less than 1% of the jobseekers recruited into these disability employment service providers in 2017 had landed a job for six months or more by 2019. While the DSS disagrees with comparing 2017 caseloads to 2019 outcomes, which is how Inq arrived at the 1% figure, no other public outcome data has been made available since 2017 (despite a report scheduled to be released in June this year). The DSS also refused to provide preferred methodology or data.

The latest published outcome figures from 2018 suggest that between 28-30% of job seekers gain employment after using a DES provider — but this methodology hides some significant variables, says Smith. “The figure disguises the fact that only 13.9% to about 20% are in full-time work while the remainder are part-time, but not defined. This can be the eight-hour minimum benchmark.”

“For a significant number of providers, they found that it is financially advantageous to exit clients after six months as the returns from post-placement support don’t add up in their practice model.”

Complaints can be lodged with the DSS and through the government-run disability employment information portal JobAccess, though the DSS refuses to release information on complaints.

Why do so many providers offer other services?

Education offers a huge revenue stream for providers, who receive funding for simply placing a student in education. Inq’s investigation has revealed a quarter of providers also run registered training organisations and courses, making the government incentive a pretty sweet deal. A spokesperson for the DSS said that in 2018-19, DES participants finished 4425 two-semester course loads.

One former DES provider employee in NSW told Inq that in-house courses run by the provider were always preferred to external TAFE courses. “[The company] ran internal courses in hospitality and retail, so they would always be a focus,” they said. “If someone said they wanted to do an IT course, the company would say they’d have to focus on something different.” 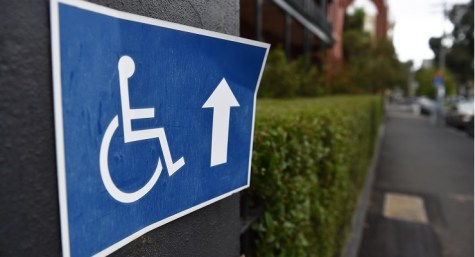 A spokesperson for the Department of Social Services said there were no lists of preferred education providers. “DES providers can use any education or training provider,” they said. How much the provider covers is up to the company to decide, and fees can be added to a student’s VET Student Loan (VSL).

The system has similar incentives as the problematic VET-FEE HELP scheme. In 2012 under the Gillard government, students could receive a low-interest government loan and pay nothing upfront for vocational education. Thanks to an uncapped purse and money-driven private colleges, students — often with little hope of finishing their course — were signed up for dodgy diplomas, sometimes costing three times more than average. There was no limit on the number of students a college could enrol, and institutions faced no repercussions if students dropped out. It was scrapped in 2017, replaced with the VSL.

What were the reforms?

As of 2018, providers operate in the open market and must recruit job seekers instead of being assigned them by Centrelink (though they are still referred clients). It was a move which sought to foster greater competition between companies, as well as give clients more choice about their provider. Job seekers can now change providers up to five times — after that, a transfer requires an assessment.

But over roughly the same period, 107,243 fewer people received the Disability Support Pension (DSP), after the Coalition forced new claimants to be assessed by a government-appointed doctor. The number of people approved for the DSP has been on a downward trend since 2010, with an approval rate of just 30% during the 2017 financial year.

Moving to the open market has been an “abject failure,” Smith said.

“After 12 months, we’re back to where we started. Before, it was limited to on average four providers in each employment area, and clients shuffled around so everyone had a defined market share. Now, there are 20 competitors in each area and no defined market, so they all cannibalise each other.”

While nearly 10,000 people chose to change providers between June 2018 and March 2019, Smith doesn’t see this as a success. “Irrespective of whether they gave people a free market they didn’t introduce real choice or control. People have to apply to leave their provider … If you were going to exercise choice and control, you would have a nominal bank account and get services at the right price, like the NDIS,” he said.

Even those who helped craft the reforms think they don’t do enough to help get people into work, voicing concerns about reduced funding for people with high support needs, limited individual assistance and lack of informed choice.

DES employment outcomes are going backwards. People with disabilities are being discriminated against, forced to use useless providers while struggling on Newstart. And the government continues to pump tens of millions into a broken system with an abysmal success rate. 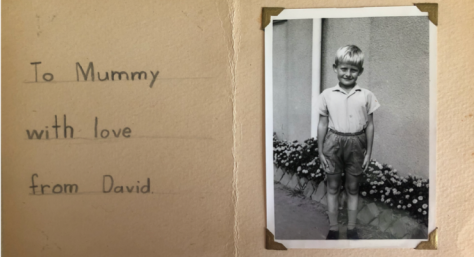 The sooner the benchmarks and statistics for employment (ALL EMPLOYMENT) are based on hours the better. The so called internationally recognized standards for reporting employment matters is a cop out for politicians.