An unlikely encryption supporter emerges to frustrate enemies of privacy

While western governments continue to demand the ability to spy on all their citizens, one key security agency says encryption must be protected at all costs.

It’s long been the case in Australia that to oppose internet censorship is to incur the accusation of protecting paedophiles, and so it continues.

In October, Home Affairs minister Peter Dutton attacked Google and Facebook, as well as other tech companies that provide encrypted services such as Apple, for “protecting paedophiles” by refusing to let security agencies of the Five Eyes countries have backdoor access to their systems.

Throwing references to paedophiles around is a bit risky for Dutton. As it turned out, the company doing the most to help paedophiles in Australia was Westpac, shortly afterward exposed as providing a payment system used by child abusers. Dutton and his Liberal colleagues, of course, have been happy to take hundreds of thousands of dollars in donations from Westpac over the years and run a protection racket against effective regulation and consumer protection in financial services.

But never mind that: last week Dutton also labelled tech execs “morally bankrupt” for failing to give governments unfettered access to the private communications of their citizens. Facebook, meanwhile, is actually extending encryption across all its services, including Facebook Messenger.

The likes of Dutton and his counterparts in the US, the UK, Canada and New Zealand, are hoping to cash in on the global wave of loathing and revulsion toward big tech and especially Facebook, a giant machine that appears hellbent on monetising its users no matter what the damage inflicted on civil society by sociopaths, political manipulators and fascist groups.

But when it comes to encryption, Facebook, normally intensely hostile to privacy, is on the side of the angels in committing to ensuring that malignant online actors like security agencies have difficulty accessing citizens’ private communications. As events in Australia this year have demonstrated, governments are as likely to use laws aimed at defeating encryption to pursue whistleblowers, journalists and those who embarrass it as they are to go after paedophiles and terrorists.

Indeed, Dutton’s own portfolio is ground zero for the phenomenon of government agencies using the excuse of national security to relentlessly pursue those who have exposed agencies’ shortcomings while happily handing over secret information to stenographers in News Corp keen to act as government propagandists.

And Dutton can attack Facebook all he likes; the business models of major tech companies now rely on being able to assure consumers that their products are safe — especially given western governments have been so vocal about the security threats posed by Chinese tech companies. Facebook is unlikely indeed to ever heed Dutton’s complaints, even if they end up backed by legislation.

Zuckerberg and co have very deep pockets and a lot of lawyers, and the company is unlikely to be giving into demands for encryption backdoors, especially in minor markets like Australia, any time soon.

If only there was a neutral party that both had in-depth knowledge of encryption but also understood the need for secrecy of the highest order to provide a perspective on this clash between privacy and the desire of governments to undermine their citizens’ most basic rights.

Ladies and gentleman, say hello to the Pentagon.

The US Senate Judiciary Committee, controlled by Republican Lindsey Graham, has been conducting an inquiry into encryption, with the goal of shaming tech companies over their refusal to cave into demands for backdoors. Inconveniently, however, Californian congressman Ro Khanna last week forwarded to Graham a letter from the Pentagon’s Chief Information Officer, Dana Deasy, about encryption. What is the Pentagon’s view about the importance of encryption?

The Department… requires that data-in-transit, on [Department of Defence]-issued mobile devices, be encrypted (e.g. VPN) to protect DoD information and resources. The importance of strong encryption and VPNs for our mobile workforce is imperative.

So strong encryption is important to defence. How does it see the future of encryption?

…it is imperative that innovative security techniques, such as advanced encryption algorithms, are constantly maintained and improved to protect DoD information and resources. The Department believes maintaining a domestic climate for state of the art security and encryption is critical to the protection of our national security.

Of course, the Pentagon isn’t saying anything that anyone who has a professional requirement for encryption or who uses encrypted services in areas like commerce, law, banking and intra-government communications doesn’t know already: once you have backdoors into encrypted systems, they’re open to everyone, not just the goons of the Australian Federal Police or the FBI — a message that global village idiots like Dutton will never understand. 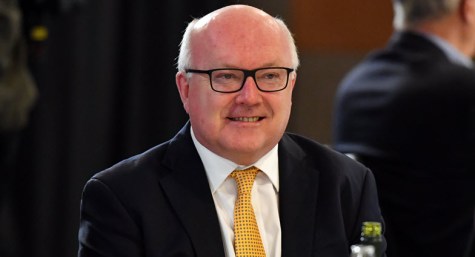 George Brandis’ encryption claims show just how ignorant he is 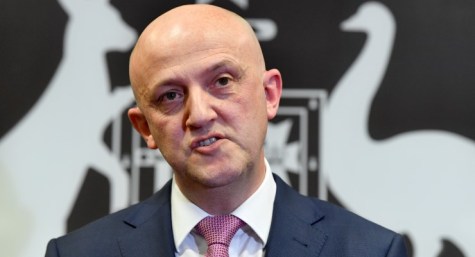 If it looked as though anti-encryption legislation was to be proposed here Zuckerberg could simply outbid News Corp & the miners to buy the government. No need for a herd of lawyers…

Why doesn’t he do it anyway? Just to show everyone what he is capable of. Then see how they squeal. It might be a lesson to others who try to get too uppity.

Without a quality, independent public service this is what you get. Politicians with IT knowledge of the average 10 year old with no-one to say “Hey boss, that’s a freaking stupid idea, have you thought about that”?

Politicians and their political advisers are brilliant political tactcians and strategists, and quite the dumbest people you will ever meet.

This is why an independent public service is essential.