Welcome to Side View — a curated guide to new and overlooked content on politics, policy, and public affairs. This week: rat kings and other Christmas tails, remembering '83, Buckley versus Baldwin, and ban business class!

“Is it too much to ask that Australia’s racists come up with some original content?” Celeste Liddle on three moments of racism that define colonial settler Australia.

How Hispano settlers responded to white aggression in 1860s Arizona, James Baldwin and his articulation of William F. Buckley’s racism, and a teenager explains his brief embrace of fascism and the role social media played in it. Economics, stigma and mental illness: why it’s not enough to talk about mental health when its causes run deep in our economy.

The mental health impacts of Sydney’s prolonged envelopment in smoke. Plus, polish researchers claim a link between car accident risk (and credit risk) and what your house looks like, based on Google images.

Unsubtle metaphors part 67: the Nutcracker and the peculiarly German history of the rat king (for a more scientific account of rat kings, Wikipedia’s the go).

Santa Claus might be one of the fundamental creations of capitalism but there’s a socialist reading of Father Christmas as well, and not just because of his red gear.

“By no means a safe author to give for a Christmas gift” — did you forget that The Turn of the Screw was a Christmas story? Colm Tóibín discusses its history. A new look at Charlemagne — crowned Holy Roman Emperor 1219 years ago next week — downplays his mythic status. Maybe don’t feel so bad about eating animals for Christmas — there are environmental (and population health) negatives to getting rid of meat production.

And as the traditional British department store faces terminal decline, luxury stores like Harrod’s are booming.

Why are televisions so cheap now? And why are Google and Amazon smart speakers so cheap? In both cases, increasingly we’re the product, not the consumer.

For a long time the idea of hitman markets operating in the “dark web” was dismissed as fiction. But it turns out they exist — kinda.

There’s no such thing as “free shipping” — but it’s great for undermining small businesses online. Sustainable capitalism at work: if you return a product bought online, no matter what state it’s in, there’s a good chance it will end up as landfill.

The aviation industry doesn’t have a plan to address its carbon intensity, and there are calls for taxes to curb the growth of air travel. Some airlines have a better idea — ban business-class travel.

America’s recent post-Cold War history is of relentless military adventurism and Trump is no different. How did the US become set to a war default? (This kind of analysis would traditionally be dismissed as left-wing anti-Americanism, except with conservatives now taking up the fight against the Forever Wars, it’s impossible for neocons and the foreign policy establishment to keep doing that.)

The US media is mostly ignoring the revelations of the Afghanistan Papers, which confirm it is a pointless and deeply incoherent war (that has also claimed 41 Australian lives). Alex Shephard looks at the structural reasons why the media isn’t interested. And the US reaction to the Pensacola terrorist attack illustrates how state-sponsored terrorism is much closer to home than we think.

Chinese acquisitions of western tech firms follow a specific pattern around acquiring intellectual property and data. That’s why the US has just told a Chinese firm to divest Grindr.

Germany needs aged care workers, engineers, software developers and a range of other occupations and it can’t fill those positions in the EU, so it’s looking beyond Europe’s borders.

India’s descent into fascism continues apace, although not without protest, which Indian authorities respond to with violence and internet shutdowns (meanwhile, Australian journalists and commentators continue to lavish praise on Modi and call for more engagement).

One of the important changes in media over the last decade has been the increasing fusion of media consumption and surveillance, courtesy of Google and Facebook. Now that’s literally becoming the case: wifi signals can be used to identify people through walls (the really scary thing about that article is that the journalist has already bought the industry’s line that this is a Good Thing).

More than half of Netflix’s subscribers, and nearly all of its growth, are coming from outside the US. Speaking of Netflix, the Hoffa wars are heating up over The Irishman. Let’s hope people don’t get a little concerned.

And Thornton McCamish has a wonderful piece on the 1983 America’s Cup, the 1980s and his obsession with John Bertrand’s Born To Win.

Completely scientific analysis of why you should buy your cat, dog, budgie or other animal companion a Christmas gift. And what better way to celebrate the festive season than snow sledding?

Please enjoy the festive break and Side View will return in 2020 with more top content from around our ever hotter, ever more dystopic planet. 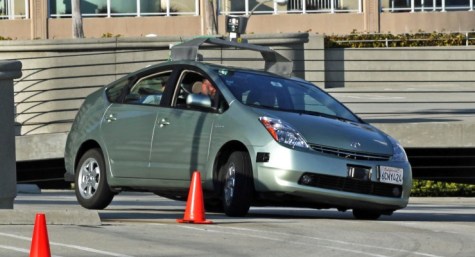 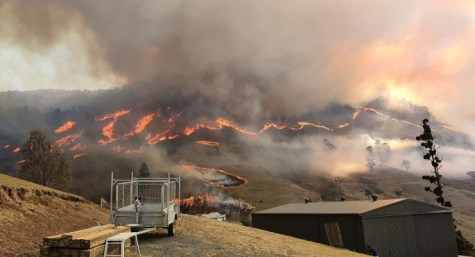