Who is on Crikey's Business Awards list this year — and more importantly, have they been naughty or nice?

For the 12th year, we’re back with Crikey’s business awards, recognising those who contributed to mankind’s dim view of the corporate sector. We’d like to say that a lot has changed over the years, but a quick trip down memory lane — to our first business awards from 2008 — shows corporate Australia often struggles to learn from its mistakes…

CEO of the Year

Back in 2014, the AFR dubbed Mike Kane, the brash, big talking, American import, its Business Person of the Year. Alas, the Boral CEO is yet another example of why Australian companies shouldn’t hire US CEOs (think Sol Trujillo, Chris “Two Bags” Tyler, etc).

It appears Kane was far better at self-promotion and picking fights with unions than allocating resources. It didn’t take long for Kane to assert himself, taking on the powerful CFMMEU in a court action in 2015 (after the union “black banned” Boral) and winning a $4 million settlement (well below the $23 million it sought).

Kane gloated that the settlement was a victory in his effort to “re-establish the rule of law on Melbourne construction sites”. While the win was a pyrrhic one, it certainly didn’t stop Kane using plaudits to score himself one of the loftiest pay packets in corporate Australia. In 2018, the American was paid a gigantic $4.9 million (after being paid $6.1 million in 2017).

Kane even gave the federal treasurer a serve in August, noting that he didn’t “wait to be told by politicians as to what we’re supposed to do. What we’re doing is what’s in the best interests of Boral and its shareholders in the long run”.

Alas, Kane managed to bungle Boral’s disastrous acquisition of Headwinds in 2016, costing Boral shareholders billions. Since Kane was honoured by the AFR, Boral’s share price has been decimated, dropping by almost 50% since January 2018. Boral is now trading at a lower share price than 2010 (Kane commenced as CEO in 2012). 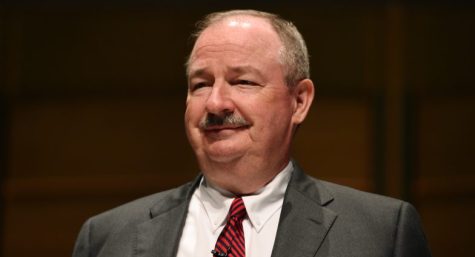 AFR poster boy ends up at the bottom of investor list

US politician, Steve Cohen, put it best to Muilenburg when he noted, “you said you’re accountable. What does accountability mean — are you taking a cut in pay? Are you working for free from now on until you can cure this problem? These people’s relatives are not coming back, they’re gone. Your salary is still on.”

Muilenburg’s behaviour may have been less reprehensible had Boeing grounded the Max after the first fatal crash that killed 189 people, rather than blaming carrier Lion Air’s poor safety record (investigators would later blame Boeing for the tragedy).

Director of the Year

To the former AFL CEO Andrew Demetriou. While his legacy at the AFL continues to diminish following the financial disaster at the Gold Coast, Demetriou was questioned by the Victorian Supreme Court for his performance as chair of the advisory board of Acquire Learning. Demetriou’s three-day-a-week role paid $900,000 per year in cash and $1.6 million a year in shares, but the former dentures salesman apparently claimed to play no role whatsoever in the company’s collapse.

When Acquire was on the brink of insolvency, Demetriou then had the chutzpah to demand a $150,000 bonus. It appears that Demetriou didn’t return any of his largesse to Acquire creditors, which are owed more than $145 million.

Roundtable of the Year

To The Australian Financial Review’s The Mindset of the Entrepreneur event. It featured a panel headlined by Phillip Kingston. In March 2018, Kingston converted his struggling fund manager Trimantium into TGO before listing it on the ASX. In less than two years, its share price has slumped by 93%.

Kingston has long been an AFR favourite, with the paper claiming Kingston was “Melbourne’s best networker” back in 2016. Another member of AFR’s star panel was Vanessa Matthijssen, a partner at big four accounting firm Deloitte, an organisation which is about as far from being entrepreneurial as one could find. 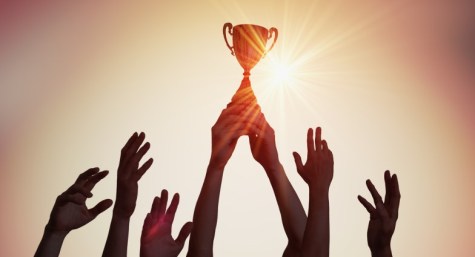 While most of the focus was on Christopher Pyne and Julie Bishop’s moves to largely irrelevant private sector roles, the winner was former senior ASIC executive Michael Saadat, who went from being a tough cop on the beat to the head of regulatory affairs at buy-no- pay-later goliath Afterpay.

While moving from the public sector the private sector happens regularly, Saadat’s decision raised eyebrows. A former executive from Afterpay rival Zip claimed that “no other individual has access to more in-depth knowledge and commercially sensitive information on the buy now, pay later sector than Michael Saadat”.

This isn’t the first time Saadat has effortlessly glided between law enforcer and financial institution, with the former corporate cop also working at Citigroup for two years after his first stint at ASIC. Citigroup this year was fined more than $3 million by ASIC after providing dud advice to clients.

Comeback of the Year

To former Apple exec Ron Johnson. Johnson was once one of retail’s brightest stars before he was ingloriously sacked as CEO by JCPenney in 2013 after two torrid years. But it was Johnson who seems to have had the last laugh.

Since his departure, JCPenney shares dropped by almost 90%, meanwhile, Johnson’s new business, a tech start-up called Enjoy, has raised US$350 million from the likes of Kleiner Perkins, Oak Capital and Riverwood Capital. In less than five years Enjoy has grown to be worth US$870 million.

Just when it looked like they’d done something right, Telstra dropped the ball. In 2016, what was once one of Australia’s most valuable companies proudly announced the sale of its 47% stake in Chinese auto listings business Autohome for $2.1 billion.

Fast forward three years and the buyer, Chinese insurance conglomerate Ping An, announced that the business had tripled in value, and was worth US$10 billion. So, in a few years, the value of Telstra’s stake increased from $2.1 billion to almost $7 billion — around 15% of Telstra’s entire market cap.

Chutzpah of the Year

To Bernie Brookes, who presided over a share price collapse at Myer and one of the worst floats of the past two decades (while trousering more than $30 million for his trouble), before taking up the CEO role at South African retail giant Edcon.

After his three year stint there, the business collapsed and had to be rescued by creditors and the South African government. Despite notching up one of global retail’s least impressive corporate records, Bernie has been dishing out advice like Dr Feelgood, suggesting that Myer and David Jones merge because “there are about 100 department stores in Australia and the viable level is 50 to 60 department stores”. 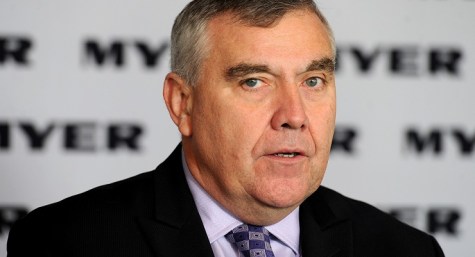 The landmark ruling that will shake up the class action industry

Brookes’ claims were somewhat ironic given that the investment overview in Myer’s prospectus proudly gloated that the key aspects were “plans to expand Myer’s premium store network from 65 to 80 stores in the next five years, with long term potential to expand to over 100 stores.”

Collapse of the Year

To venerable 178-year-old UK travel giant Thomas Cook, which collapsed despite employing 21,000 people globally and having a history of profitability. Thomas Cook’s collapse can be traced back to old-school incompetence, attributable almost entirely to former CEO Manny Fontenla-Novoa, whose debt-laden acquisition binge in 2007 saddled the business with billions of dollars in debt.

Fontenla-Novoa led the acquisition of MyTravel. Last year, Thomas Cook wrote off US$1.4 billion relating to the purchase. Even when the writing was on the wall, Fontelna-Novoa refused to confront his failure, telling travel journal Skift that “what happened in the run-up to my exit is that whilst we made some very good acquisitions, we were a publicly quoted company. We had to ride out some particularly tough times such as the ash cloud crisis of 2010, the rocketing cost of fuel and a weak pound.” 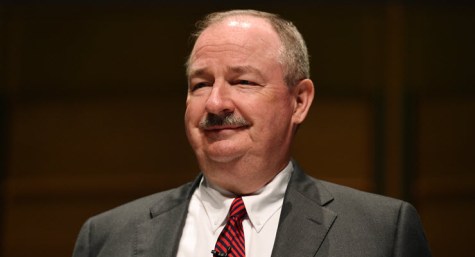 Boral: why we shouldn’t be surprised

The Australian Financial Review’s The Mindset of the Entrepreneur

is there such thing in Oz? we should sue them for false advertising. It has to be called best rent seeker of the year event in future, when has a business leader in this country increased the productive capacity of the economy? They like to cr*p on about a “rising tide lifting all boats” and “let’s make the pie bigger” but all they want is their boat to float and their slice of the pie to grow. The BCA et al are terrible, why do we listen to them

The ever recurring nightmare of CEOs, politicians and heads of religions forever self-promoting and self renumerating at the expense of those for whom they are charged with responsibility.
The same names shuffling around companies, corporations and government departments and political positions.
One must always remember that the existence of the hoi polloi is tolerated only so long as it serves tthe aspirations of these vile parasites.
The book “Game of Mates” cast a few rays of light onto the roundabout of corporate and government malfaesance.

Thanks Adam, it’s been a cavalcade of kleptocracy led by a confederacy of dunces.

2019 will bring out a golden year of failed, ageing, white, male douchebags.

Fortunately only ‘mankind’ has a dim view of the corporate sector; presumably womankind has a kinder view.

?
Not this woman-
Not sure why we’ve accepted normalised ceo salaries- no matter their performance.

Brian Hartzer- 5mill or so
Alan Joyce- $23.9 mill – really? Because the board said so…. did he pay $10mill in tax? No? Just negative geared a fair bit and sent the rest off shore?
Meanwhile I know Lachlan murdoch’s barely ours these days but he needed a $165 mill mansion in Beverly Hills.
Unions were born from this archaic disparity but their internal machinations (some corrupt) and govt interference has ensured that will be managed now.
Income distribution growing but as long as private and political leadership looks after itself our society will continue to become more divided.
Love the awards but wring my hands at the ongoing entitlement-