What happens to firies on Newstart? (And other news you may have missed.)

Centrelink. Trade disputes. And a cold case warms up. After a big week in news, here are the stories you may have missed in all the mayhem.

Who fires the firies?

As the horrific fire season continues, and our increasingly exhausted volunteer fire crews continue to battle blazes, a question was put to Virginia Trioli on ABC radio this week about folks on Newstart who don’t have employers: specifically, whether jobseekers who were off fighting fires would risk losing their benefits since fighting fires is not technically an approved activity under Newstart.

And despite fervent Twitter and talkback debate over approved Centrelink activities and possible penalties for noncompliance, the official answer is a qualified no, people shouldn’t lose benefits.

A spokesperson from the Department of Employment, Skills, Small and Family Business confirmed that during an emergency “volunteer firefighters are eligible to receive an exemption from all of their mutual obligation requirements for up to 13 weeks,” and that this also applies to people who have experienced “a major personal disruption to their home” — adding that an extension can be granted at the department’s discretion.

That being said, there has been at least one credible report of a family evacuated from bushfire regions being asked to provide details of their mutual obligations or have their payment suspended which is hardly a surprise given that changing details or contesting a dispute with Centrelink is a Kafka-esque ordeal even when one isn’t escaping an approaching fire front. But forewarned is forearmed!

Historically, the way to sort out trade disputes has been to declare war on the country that has wronged you. But since World War II, the preferred route has been less murdery and more legal thanks to the General Agreement on Tariffs and Trade (GATT), supplanted in 1995 by the World Trade Organisation, who had a tribunal that dealt with such things.

And that past tense isn’t accidental — because that dispute-settling system is no longer operative.

More specifically, the seven-justice Appeals Tribunal has been in a slow-motion car crash for two years as panellists had their terms expire and the US effectively vetoed any replacements.

Two of the three remaining justices on the appeals tribunal of the WTO, the Appellate Body, finished their terms on Tuesday without the Trump White House giving any sign of allowing them to be replaced, following his hardline stance against the WTO.

This is a problem because about 70% of the disputes end up before the Appellate Body — and Trump’s been outspoken in the past about how often he feels it rules against the US. So more of his administration’s trademark policy-by-vengeance, in other words.

Mind you, the likely workaround is a Plan B “appeal-arbitration model” proposed by the European Union and supported by Canada and Norway, which now looks set to get over the line in lieu of any alternative thanks to the support of China. Brace yourself for the White House tweetstorm to come.

It’s always in the last place you look

Adelaide is the nation’s undisputed home of disquietingly weird crimes and none are more peculiar than that of “Somerton Man”, also known as the Tamam Shud case.

A middle-aged man was found dead on the morning of December 1, 1948, peacefully sitting outside on the steps at Somerton Beach, near Glenelg. He had no identification on him and all the labels on his clothes had been neatly removed. While the coroner concluded that the death was not from natural causes, there was also no obvious method of murder.

But the weirdest detail was that a scrap of paper reading “tamám shud” (which means “the end” or “ending”) — later confirmed to be from a library copy of Rubaiyat of Omar Khayyám, found tossed into a student’s car nearby — was discovered in a concealed pocket. The copy of the book also contained what seemed like an encrypted message. What could it all mean?

This still-unsolved case about a still-unidentified victim has tantalised armchair detectives ever since and you’d think that this sort of high-profile case would have its details under lock and key. Or alternatively, that the pathologist’s notes wouldn’t have been misplaced for years and then only rediscovered in Adelaide University’s Mortlock Library.

The pages are now available to the public and have a few new details, like that there was blood on the man’s collar (which the pathologist admits might have been from the mortuary slab — do they not hose these things down?) and if that sounds weirdly sloppy for a case which is still technically open, there’s the fact that clothes and other effects in a bag found at Adelaide Train station thought to belong to the man were deemed “no longer required” and destroyed in 1986. Maybe the police just wanted to preserve the mystery. 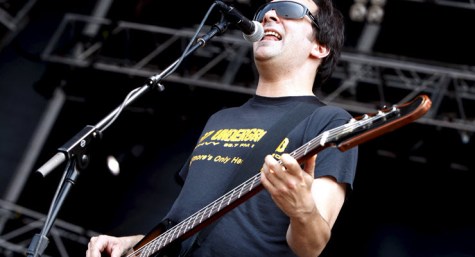 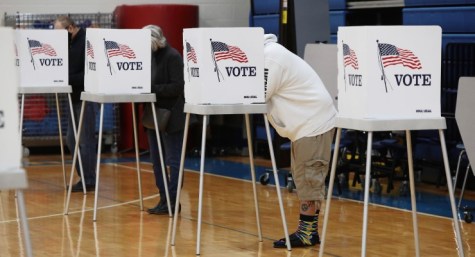 Chaos as democracy: here’s what’s going on behind the scenes as America decides

On the Somerton Man. Australian Story on ABC TV last October covered this. Called Dancing With The Dead. It’s on iview. Interesting account with quite a lot of information and some poignant insights. The woman who believes she is his grandaughter wants to obtain DNA from the body buried in an Adelaide cemetery to prove it. There is also a Radio National podcast available called Somerton Man.