Unlike virtually all other Fed members, who essentially act as representatives of the big banks, Paul Volcker was wise to the role the banking sector plays in the economy.

Paul Volcker, the last great central banker, died of prostate cancer on Sunday, aged 92. While he remains far less famous than his successor, Alan Greenspan, “Tall Paul” will be remembered far more fondly as the man who had the courage to lift interest rates to an unprecedented 20%. A far cry from the negative rates now growing in popularity around the world.

Volcker took the reins of the Fed in 1979, the tail end of the Carter administration. Shortly after his appointment, inflation hit 13%. Within five years, it was back at 4%, ushering in a period of strong economic growth and stability.

Volcker retired in 1987, replaced by Ayn Rand disciple Greenspan. Greenspan would later become famous for the “Greenspan put”, essentially a contract between the Fed and Wall Street whereby the Fed would create easy money in the event of a market downturn.

Unlike Greenspan, whose crowd-pleasing policies would eventually cause trillions of dollars of economic destruction, Volcker was deeply unpopular, facing demands that he take his “boot off the neck of the economy”. On one occasion, the Fed building was attacked by a man carrying a sawn-off shotgun, necessitating full time security for the Fed chief.

It was Greenspan who, after the dot.com bubble burst in 2000, would lower interest rates from 6.5% to 1%, effectively creating the sub-prime led property bubble and the global financial crisis.

Greenspan’s successors, Ben Bernanke and Janet Yellen continued to destroy Volcker’s legacy in favour of Greenspan’s ezy money policy, resulting in a stock-market boom (between 2009 and 2019, the Dow Jones rose by more than 320%). Meanwhile, real wages for ordinary Americans have barely increased in 40 years.

As Volcker told The New York Times in in 2018, “the central issue is we’re developing into a plutocracy … we’ve got an enormous number of enormously rich people that have convinced themselves that they’re rich because they’re smart and constructive. And they don’t like government and they don’t like to pay taxes.”

Volcker was not only a rare honest central banker, but continued his influence after stepping down in 1987. Volcker drove the Volcker Rule, which prevented banks from proprietary trading securities and derivatives (essentially a partial reenactment of the Glass-Steagall Act, which prevented retail banks from being investment banks, and vice versa). Unsurprisingly, the Jerome Powell-led Fed loosened the rule in 2018.

Unlike virtually all other Fed members, who essentially act as representatives of the big banks (and by proxy, the wealthiest Americans), Volcker was wise to the role the banking sector plays in the economy.

Perhaps Volcker’s most accurate observation was for the contribution made by banks to society, wryly noting that “the most important financial innovation that I have seen the past 20 years is the automatic teller machine, that really helps people and prevents visits to the bank and it is a real convenience. How many other innovations can you tell me of that have been as important to the individual as the automatic teller machine, which is more of a mechanical innovation than a financial one?” 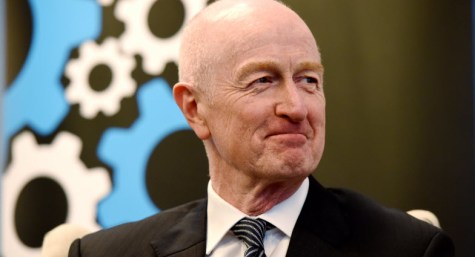 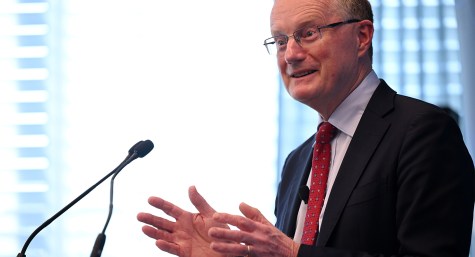 If Australia tumbles into a recession, Philip Lowe’s hands are dirty

Agreed but, overall, that is were my agreement with your article ends.

> Volcker took the reins of the Fed in 1979, the tail end of the Carter administration.

More accurately : when the effects of the printing of notes over Vietnam was beginning to have and multiplying effect and after the USA was still buying from OPEC rather then using the oil from thier own fields.

> Shortly after his appointment, inflation hit 13%.

You could have mentioned interest rates at 20%; such heady-hights would bring a few unstuck now –
would it not?

Less than an Ayn Rand devotee but more of a free-market devotee of the extreme Milton Freedman variety;
in other words : faith rather than reason.

At about this point some mention of Galbraith’s “New Industural State” and otehr books as they related
to the philosophy of Volcker would have been both prudent and desirable – but too much to expect eh? I
expect the new MD is still finding his feet.

Obama, during his campaign for his second term, made a simiar point – viz. and paraphrasing, ‘it doesn’t
matter how fat the cat happens to be the cat didn’t get there by himself’. Such obsevations are very ‘Galbraith’ in complexion.

On one one hand “thanks” for jotting a note for Volcker to those who have never heard of him and for
pointing out just how ideological the appointments can turn out to be but on the other hand a major
opportunity has been squandered by omitting the context and detail over the last three decades along
with the cheap shot at the inclusion of Rand. Yes, some people actually “believe” this stuff but its
a tad too reductionist when evaluating Greenspan (of whom I was no fan).

The Economists’ Hour – How the False Prophets of Free Markets Fractured Our Society by Benyamin Appelbaum is a great read. So many “heroes”.

The Economists’ Hour – How the False Prophets of Free Markets Fractured Our Society by Benyamin Appelbaum is a great read. So many “heroes”.

It’s a book Deb, published this year, not expensive to buy or your library might have it. The author currently writes about economics and business for the NY Times. He’s a good writer. The book is well researched, informative, interesting and entertaining, therefore a good read. It could help you understand the references in this article and the comments posted about it. More broadly, the insight into the non science of economics and the history of how “it” got us to here is excellent. Appelbaum portrays the lives and characters of the players and the events with humor and a deft touch. Go on, you’ll enjoy it.

Okay, I’ll give it a try
Thanks Vasco