The government's plan to better regulate digital platforms including Facebook and Google leaves a fair bit to be desired.

Yesterday the Morrison government announced its plan to better regulate digital platforms — a plan that has all the hallmarks of Coalition policy style. Which is to say, it’s long on rhetoric about “agile” action and “best practice”, but short on actual substance.

It’s particularly disappointing as the starting point — July’s inquiry into digital platforms by the Australian Consumer and Competition Commission (ACCC) — was, comparatively at least, so strong.

With the surplus-fetishism which shapes all announcements, there’s no new money for Australian content, either directly or indirectly. Most significantly, the response finally shuts the door on any hope that the government may reverse the cuts to ABC funding due from July 1 next year.

It rejected the idea that donations to journalism should be tax deductible, even for not-for-profit organisations other than through the current clunky process of registering as a cultural organisation. Donations are proving a significant source of funding, particularly for emerging news media. For example, The Guardian says donations have made its Australian product sustainable (and free).

However, the government has resisted the opportunity to further cut funding for Australian content, and will continue with the four year program of $60 million in grants to small and regional publishers agreed by the Turnbull government as the price for the Xenophon senators voting up the elimination of cross-media ownership rules. (Crikey’s publisher Private Media receives grants under this program.)

Lovers of Australian television drama will be concerned about the government’s shift over quotas for Australian content on free-to-air television networks. The ACCC proposed a harmonisation review of content rules across similar services (read: streaming services like Netflix) to (among other goals): “improve the competitiveness of Australian digital content industries in a dynamic and increasingly global media environment.”

In his initial response to the report back in July, Communications Minister Paul Fletcher highlighted this as an area of potential action by the government.

This confirms content industry fears that there’s more likely to be levelling down of existing content requirements, particularly in the area of children’s television, as long sought by free-to-air lobbyists.

The government has also walked back the key concern of the ACCC: how do national regulators stop Facebook and Google from just getting bigger? The digital platform inquiry recommended mandatory pre-notification of any takeovers and changes to merger laws. The government has opted for a voluntary code and a continued review of merger laws.

If anything, the challenge is greater than it was when the ACCC released its report: Facebook has been accelerating the integration of its products (Facebook, Messenger, WhatsApp and Instagram) in pre-planning for the threat of the election of a US President proposing to break up the tech giants. Google has deepened its hold on personal data with the $US2.1 billion takeover of FitBit.

On the positive side, the government has, more or less, agreed to the ACCC proposal to establish a platforms section within the Commission “to monitor and report on the state of competition and consumer protection in digital platform markets, take enforcement action as necessary, and undertake inquiries as directed by the Treasurer, starting with the supply of online advertising and ad-tech services”.

The review of ad-tech services is long overdue, although, as a global business, it’s difficult to see how it can be effectively regulated at a national level, other than the important challenge of ensuring a greater share of ad spend goes to the publisher, rather than being captured by the ad-tech process as currently.

Since the ACCC report, there has been a continued drift in advertising dollars to so-called programmatic advertising — digital ads algorithmically placed on web pages. Although the space is dominated by Google and Facebook, the two major competitors — Taboola and Outbrain — have also announced that they will merge.

Finally, the response ducks a meaningful response to the scourge of fake news, relying on beefing up the sort of voluntary codes that are already conspicuously failing to solve the problem. 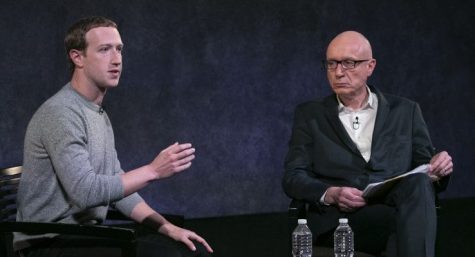 How ad tech turns the web into a giant, money-churning Ponzi scheme

This is the most important story of the year. The head-kicking of ScoMo (for example) over climate change
is puerile in the extreme in comparison. However, rather than critique the non de script objectives let’s consider some practical aspects of the proposal by the ACCC.

If the state of competition and consumer protection in digital platform markets are to be scrutinized then
there needs to be more confined bounds for what the law describes as “salesman puff” which probably requires an upgrade of the Trade Practices Act to accommodate veracity of on-line purchasing.

> it’s difficult to see how it [ad-tech services : my edit] can be effectively regulated at a national level

“Since the ACCC report, there has been a continued drift in advertising dollars to so-called programmatic advertising”

Which is hardly going to come to an end any time soon. Major companies are spending a fortune on strategies known as ‘machine learning’ in order to “profile” customers as to what their next (latent) purchase is likely to be. In many respects this form of information-utilisation is “the future”!

> Finally, the response ducks a meaningful response to the scourge of fake news

Which (see the first point of mine above) can be corrected if negligent or mis-informed statements are distributed to the public. In other words the advertiser MUST have laboratory-based evidence for each and every claim where in the case of error the manufacturer, agent of sale and the lab are lible to the customer for his relying upon a statement that was not accurate.

Such is our “brave new world”!