As always, the nominees for our prestigious end-of-year awards are an exquisite mix of arsehats and heroes.

About the best thing you could say for 2019 is that it was so relentlessly and exhaustingly bleak that it felt like it took forever, thus slowing the feeling of humanity careening towards irrevocable calamity.

But, as ever, there were little dots of hope, in particular from the collective actions of the young, who — with wit and determination — pushed back against the hypocrisy, sloth and avarice of public life in 2019.

As the first category of this year’s Crikey Awards shows, there was plenty of that to push back against…

Arsehat of the Year

Christian Porter: The attorney-general has been assiduously hastening Australia’s transition into police state, particularly in his prolonging of the state-sanctioned harassment of Bernard Collaery and Witness K.

Bernard Lane: The Australian really outdid itself this year: Johannes Leak aping his late father’s worst instincts in the cartoon section, and environment editor Graham Lloyd giving a voice to seemingly every climate sceptic and green-hater he could find. But among that was a standout — the weird and utterly gratuitous attacks on trans people, all lead by Bernard “just asking questions” Lane.

Bill Shorten: We hate to kick a guy when he’s down, but we also can’t let him off the hook. Under Shorten’s leadership, Labor failed to convince Australia that a sputtering, chaotic, policy-light and divided Coalition government needed to urgently be replaced. And that failure could cost Australia dearly in the next three years.

Brian Hartzer: How to you not notice 23 million alleged crimes? Hartzer eventually resigned as Westpac CEO (and passed Go, collecting $2.7 million for his trouble) but not before emails leaked of him claiming mainstream Australia was not overly concerned so “we don’t need to overcook this”. Extra points for cancelling the Christmas party.

David Elliott: A quiet achiever in the arsehat stakes, you may remember the NSW corrections minister’s previous nomination for violating an alleged assault victim’s privacy (while shielded by parliamentary privilege). This year he got into a road rage fight with a 17-year-old boy and said he would “want” police to strip search his kids if they were up to something.

Jacqui Lambie: In many ways it’s unfair to lay the blame for repealing the Medivac legislation solely at the feet of Lambie, because a lot of people voted the same way. But when the Tasmanian senator was the deciding vote on Medivac, based on an apparent deal she would not divulge, she removed the small act of compassion the parliament had allowed itself toward those languishing on island prisons in our name.

Gladys Berejiklian: Berejilkian’s government was the lesser of two evils available at this year’s NSW elections. Still, her “now’s not the time to talk about climate change” stance as her state was engulfed in flames, and her steadfast refusal to act on expert advice on pill-testing while teenagers die at music festivals, is what her 2019 will be most remembered for.

People of the Year

Will Connolly: If there’s any justice, the one we call Eggboy will never have to pay for another pint as long as he lives. The attention that followed his simple act of decorating Fraser Anning’s bonce with egg goo resulted in a fundraiser that delivered tens of thousands of dollars to Christchurch survivors.

Kenneth Hayne: His leadership of the banking royal commission, which revealed just how much contempt the big four banks really have for their customers, might have been enough. But Hayne sealed his nomination when, with exquisite grumpiness, he denied the government the chance to get any good PR out of the whole mess. When asked if he might shake Treasurer Josh Frydenberg’s hand for a photo op, he gave a flat, colourless, “nope”.

Greta Thunberg: The 16-year-old activist had a busy year, which peaked furiously when she addressed world leaders at the UN about the failures to act in response to climate change.

Jacinda Ardern: The New Zealand Prime Minister’s grace and dignity after the horror of the Christchurch shooting was matched by action, with Ardern swiftly implementing sweeping gun control measures.

Hakeem al-Araibi and Craig Foster: Al-Araibi became a focal point for the ragged arguments around refugees in Australia, and Foster’s tireless work in returning him to Australia after his time in a Thai prison was a brief respite in an otherwise bleak year for refugees.

Graham Perrett: There has been a depressing silence from members of both major parties on the scandal of our government bugging East Timor’s cabinet office, and the judicial bullying of Witness K for revealing it. Perrett was one of the few to break that silence. 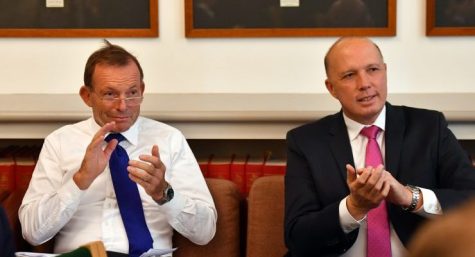 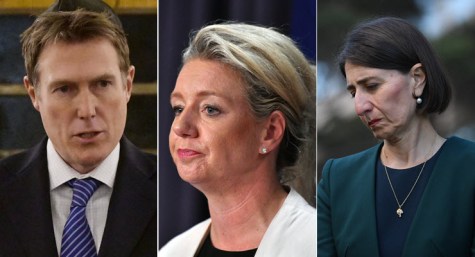 Vote now in the 2020 Crikey Awards

Arsehat of the year is a difficult one … so much choices, so little time.

OTOH, Person of the year is easy! Jacinda Ardern – the Prime Minister that we in Aus can only hope to have one day! I should hope to live that long!

I’m with you there, John Attwood, with Greta Thunberg, nipping at her heals…

How good is Scomo for Arsehat of the decade? Yet his name isn’t even listed.

Clive Palmer could have been given a mention for Arsehat too.

How could they miss Clive & of course George Christensen…
There are still plenty of international contenders that would make it even harder to pick a ”loser..”
In my view Jacqui Lambi takes the cake, for Arsehat of the year, I would suspect with the cringing photos that are popping up on social media, she realises her error..
The only question I have is how does she get to keep her deal secret with the LNP, we the tax payers are her employer, she shouldn’t get to make these secretive deals with anyone, it should all be above board & on the public record, she in my view makes current Arsehat of the year..
I do suggest there needs to be quarterly award for this momentous public achievement of awfulness, idiocy and in many cases Jacqui if your paying attention, pure treachery…

Spot on Lesley and she is fool enough to believe this “spin” (or should that be lying) government will honour whatever the deal was.

Like they said there was a huge list, it’s clear it could have gone on for pages & pages, there are so many contenders for the dishonour that is Arsehat of the year…

Instead of Arsehat of the year, the appalling people we heard about all year should all have a gong. Change it to at least the Dirty Dozen and include other bank execs, our Prime Minister, Peter Dutton, Barnaby Joyce. Oh dear a dozen is not enough either. Alan Jones, all those in Crikey’s list. No wonder I am no longer proud to be an Australian.

Angus Taylor by the length of the straight in a packed field of imbeciles. Even ScoMo missed a nomination, this year is a collector’s edition.

Alas, Bill Shorten runs second, a drovers dog would have won the election.

Ardern the person of the year among a group 1 field.

Don’t really agree re Shorten, as we have seen the yanks elect Trump and now the poms elect Boris, who to my mind are both unelectable. Hopefully worse mistakes than our dud Morrison, but we have yet to see.