Should sports doping be allowed?

Crikey readers go in on the scourge of sports-doping, ineffective regulation and dodgy sports administration — and make a case for doping's place in modern sports.

Roy Ramage writes: It is now almost impossible to watch any sporting event where drugs may or may not have an influence. The Olympics lost their charm many years ago. Apart from never being sure if an athlete has cheated or not, spectators of the country hosting the event are also going to be hit with massive taxpayer costs. Now that golf is an Olympic sport, I wonder what drug might be used to boost their “athletic” performance.

Nicholas McCallum writes: Like the war on drugs, the war on doping in sport was lost long ago. Drugs in sport is as sure as money, holidays and luxury gifts deciding which country hosts the Olympics or the FIFA World Cup.With so much money to be made in sport — and associated gambling, advertising and merchandising — honesty from corporations, nations and many pro-players will be in short supply. Let’s stop kidding ourselves and let dopers compete openly in their own league. That way when the athletes go “faster, higher, stronger” everyone will know why.

Robert Garnett writes: Sport completely replaced religion as the opiate of the masses sometime last century. Sport is now nothing more than a lucrative advertising platform for big corp. Sport gets two lots of advertising, the paid part — televising the actual contest — and the unpaid part where the media, including the public media, talk incessantly about the machinations and scandals that surround sport. ABC TV news is one minute of headlines 15 minutes of news which often covers sporting scandals, then eight to ten minutes of sport and four minutes of weather. If the narcissistic, overpaid individuals invariably called athletes want to take drugs, let them. Should the ordinary person care? Or should they be worried about attacks on freedom of speech, the price of power, climate change or the stagnation of their wages?

The real sacrifice of athletes — giving up their privacy 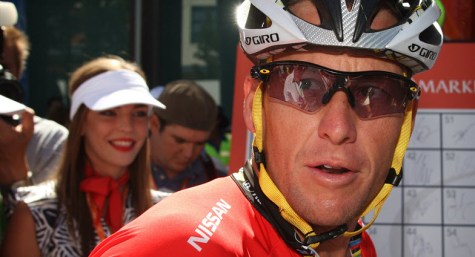 Doping in sport is endemic and unstoppable — so what next?

Sports doping should be allowed and athletes should be able to take any substance they think enhances their performance. At the same time they should sign a statement under oath stating they had taken a substance and state what the substance was. So any event should should then be reported as winning Dope or Natural winner. If subsequent test shows any trace of substances and the winner has not made the declaration then the competitor should be permanently banned. Very simple solution.