Could asthmatics be displaced by climate change?

As air quality steadily worsens, NSW asthmatics have been forced to think long-term about where they are going to live.

In Australia, as fires continue to rage across NSW and the Queensland border, many families have been forcibly displaced over the past two weeks. More than 680 homes have been destroyed and another 250 houses damaged this bushfire season according to the Rural Fire Service.

Smoke is being blown to Sydney from out-of-control blazes near Warragamba Dam and Wollombi National Park. The city’s air quality index (AQI) on Thursday hit 154, which AQI officials say may cause everyone to “experience health effects; members of sensitive groups may experience more serious health effects”.

But some may be forced to leave the state due to the impact the smoke is having on their asthma and other pre-existing respiratory conditions.

One such family is that of Matt Burke, an Australian Council of Trade Unions (ACTU) worker.

According to Burke, who lives with his family in Sydney, hazardous air conditions are making it difficult for his wife to go about her usual day-to-day activities.

“She’s been regularly short of breath, staying inside more. Her sleep has been disrupted and she’s using her Ventolin puffer with far greater regularity, despite taking a preventative medication twice a day.”

“In addition, she may have to start reusing a nebuliser [machine that vaporizes medication, commonly used by cystic fibrosis patients] which she hasn’t had to use since childhood.”

Given the population of NSW is around 7.5 million, we can estimate around 838,000 people in NSW suffer from the condition.

Burke — who was not speaking on behalf of his employer — told Crikey that “if this smoke is the new normal for summer in Sydney — as some experts are predicting — my family and I would have to consider our options, including rethinking where we live.”

He said his family would consider “average air quality statistics and other information to inform the decision. But of course, balancing that with more normal factors about where we live like work and extended family networks”.

“I don’t feel like the NSW or Federal Government have a plan of action to handle the increase of health problems that will arise from this climate emergency”.

National Asthma Council CEO Siobhan Brophy told Crikey, though, that “relocating because of your asthma often won’t help as much as you think. Getting your asthma as well controlled as you can, with the help of your doctors, is you best defence against whatever asthma triggers you encounter.

“Taking a daily preventer medication can mean your lungs are much less sensitive and won’t react as much, or hopefully at all, to poor air quality from pollens or bushfire smoke. But also, avoid being out in the smoke as much as possible.”

A new Oxfam briefing paper revealed this week that 20 million people are internally displaced by the climate emergency every year.

Many of these people come from small island states such as Cuba and Tuvalu, which have been hit by rising sea tides, tropical cyclones, and floods. 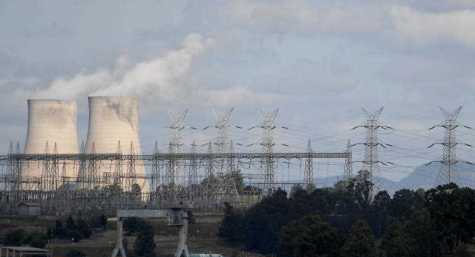 Major infrastructure projects are killing us

Watch your language: why the climate change case has to be personal

Oh well we can see the outbreak of the equivalent of the new RSI epidemic !

As an exercise, and more as a “note to self” I’ll undertake a study, over the next few months, of significant floods, droughts and fires for Australia from the inception of records. My “gut” suggests that the events are poisson distributed but “we’ll see”.

Even if the events occur as a Poisson Distribution (look it up if you’re unsure) the issue of climate change remains real. The last time C02 levels moved from circa 280ppm to 400+ppp required an interval of tens of thousands of years; not 250 years!

What is interesting is that issue has became real in a sense only when the smoke entered the living room! Difficult to suppress a grin there!