Whatever else Scott Morrison’s changes to the public service will do, they are unlikely to “bust bureaucratic congestion, improve decision-making and ultimately deliver better services for the Australian people” as he claims they will. Nor do they address the core problems of the APS.

We’ve been here before: it was Bob Hawke who introduced the idea of “mega departments” after the 1987 election, combining a number of departments but, unlike Morrison, keeping the same number of secretaries, who were deployed across the APS in various roles.

Paul Keating later began unpicking the mega-departments — which were, in any event, not particularly big — and John Howard ripped much of the remaining structure apart. Along the way, privatisations — especially Telstra and Qantas — took out large chunks as well.

Returning to mega departments will just as likely increase bureaucratic congestion as remove it, with larger departments and more distant executives overseeing more areas of activity. Ministers may no longer see the congestion in the coordination comments on their cabinet submissions, but it won’t have vanished, it will simply have been pushed downward into departments — bureaucrats can remain every bit as silo-bound within their own division as within their own department.

The logic of the mega-departments was that they would be better coordinated, provide better and more coherent policy and save a few bob on corporate services costs. Morrison’s version of this is that his changes “will drive greater collaboration on important policy challenges”.

But this argument is often based on rather specious logic. Take transport and communications, a creation of Hawke’s that Keating pulled apart in 1993. For the last 26 years, they’ve operated separately under governments of either persuasion. The ostensible logic is that both portfolios deal with the infrastructure underpinning the economy and the need to get that right. In practice, the portfolios — I worked in both — have major differences. Much of the transport and infrastructure agenda involves dealing with states and local government; Communications is blissfully free of having to deal with interlopers.

The policy challenges in communications derive from the most profound technological shock in history, the arrival of the internet, which is smashing multiple industries and causing profound social and political dislocation. In transport, the policy challenge is age old — how to build, maintain and price the very analog infrastructure of roads, rail and ports, with two other governments trying to shift as much of the burden onto you as possible.

Of course, if Morrison actually believed that combining those two departments would produce some sort of synergy or better policy collaboration, he would have kept the man best placed to deliver just that — Mike Mrdak, the veteran transport secretary whom Malcolm Turnbull moved to the Department of Communications in September 2017, meaning he was perfectly placed to lead a combined department. Instead, Mrdak was blindsided and humiliated by Morrison, bringing his APS career to an end.

The public service must be rich indeed in talent for it not to need the services of a capable a man as Mrdak.

Nor will Morrison’s changes address the APS’ key problem, which isn’t a lack of synergies or insufficient collaboration or bureaucratic congestion but competence and learned helplessness. We’ve just had a royal commission into financial services that revealed fundamental problems with the relevant regulators. We’re in the middle of an aged care royal commission that has shown up a failure of anything approaching effective regulation. Good public services shouldn’t need regular royal commissions to shock them into doing their jobs. 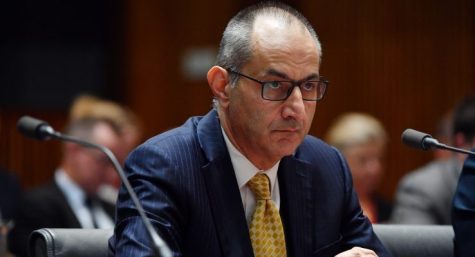 Is discontent within Home Affairs set to boil over?

Ditto with the Australian National Audit Office, which routinely produces audits exposing egregious errors, systematic problems and persistent failures within departments and agencies. The nearest thing we have currently to a mega-department, Home Affairs, is the most incompetent in the entire public service.

Of course, many of these problems are the creation of the politicians that populate a corrupt political system run on donations. But the failure to perform basic tasks like regulating, or administering programs, or running a tender process without ballsing it up, should not be the hallmark of what is supposed to be one of the world’s best public services. Sacking a few secretaries and sacking some HR staff in the name of “collaboration” will do nothing to fix that.

Still, no great harm done: in ten years, or twenty, or thirty, organisational fashions will change and nimble, lean small departments will be back in vogue and the whole thing will be unpicked

Why every parrot is squawking about tax reform

Why all the hang-ups over a hung parliament?

Spot on Bernard. Mrdak’s treatment says it all. And the muzzling of the Audit Office in the Defence audit is a deeply disturbing confirmation of the depth of this government’s interest in effective and efficient operation of the public service – not if it embarrasses us or our mates.

Mergers in the public sector are the answer to problems. I’m not aware of any problems being alluded to or raised besides the ‘congestion’ comment made by the PM. Congestion is a problem that capable minister’s working on their portfolios and collaborating with their peers can solve. Without a problem to fix, mergers are commonly used to ‘be seen to be doing something’. This was the case in the US when the Dept of Homeland Security was hurriedly created from 22 organisations after 9/11. In Australia a more perverse reason appeared to be behind the Dept of Home Affairs creation – a minister’s ego. We will hear much of efficiencies and capabilities (none of which will be measured) and ultimately there will be reports of the ‘cultural clashes’ that all such undertakings create. In this instance I am left thinking this is yet another ‘seen to be doing something’ move by a PM who wants to be viewed as a ‘lifter not a leaner’. I wish all the public servants who face a holiday season upheaval due to this move a happy holiday and offer the, my thanks for the great work they do – quietly – on behalf of us all.

Well if it the hypothesis is that less departments – and secretaries – leads to efficiencies, why wasn’t the number of ministers also cut? Call me cynical.

Totally agree. Just look at the front bench, arrayed behind the PM at QT, and name one competent minister. “Could nae run a bath” my old Gran would have said of the assembled disarray.

It’s too easy for governments – whether at state/territory or the national level – to pass legislation (or make regulations) and claim to have fixed a problem. But until they appropriately resource enforcement, we’ll continue to have failures of regulation like we’ve seen in financial services, aged care, disability services, building and construction. The list goes on.

Couple that with pressure not to go too hard on regulated industries – often generous donors to both sides of politics – and we’ll continue to need royal commissions to highlight the problems. Sadly.

MJM
Reply to  old greybearded one

Suspect that Mrdak was sacked because he was/is not Pezzullo.

Perhaps he and the others who were sacked are not seen as ‘compliant’ by the Morrison government.