Lead speaker for the Liberal Party Nick Goiran has gone to extreme lengths to delay the vote.

A bill to legalise voluntary euthanasia looks set to pass the West Australian state parliament, despite extraordinary displays of filibustering from the Coalition’s religious-conservative faction that threaten to divide the party ahead of the impending state election.

The bill, introduced by the McGowan Labor government in August, is currently being debated in the state parliament’s upper house.

If passed, the Voluntary Assisted Dying Bill 2019 would allow a terminally ill person aged 18 years or over with a condition causing intolerable suffering that is likely to cause death within six months to qualify for voluntary euthanasia.

While at least half of the 36 MPs in the upper house will reportedly vote in favour the voluntary euthanasia bill, lead speaker for the Liberal Party, Nick Goiran, has gone to extreme lengths to delay the vote.

Goiran, a staunch Catholic, has a reputation for filibustering parliament to delay voting on legislation in contention with his religious beliefs.

In April, Goiran made headlines after delivering a parliamentary speech almost 24-hours long in a bid to delay the vote on changes to the state’s surrogacy laws that would grant single men and same-sex couples access to altruistic surrogacy arrangements. He threatened to keep talking until the state government released a $225,000 review into the proposed changes.

This time, the Liberal power-broker moved over 350 amendments to the voluntary euthanasia bill.

Some changes that appear reasonable at first glance, could, in practice, render the bill unable to achieve its purpose. 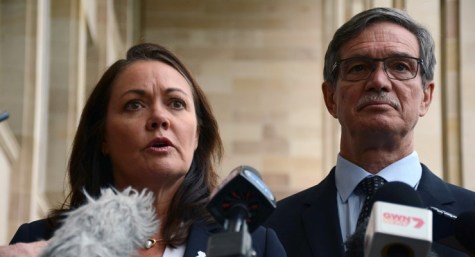 Will the WA Liberals’ leadership change help them reclaim the state?

One such amendment proposed by Goiran would require a psychiatric assessment before a patient could be approved for voluntary assisted dying. Given that health services are spread out irregularly across the vast state, and 60-70% are managed by Catholic service providers who restrict employees’ involvement in such procedures, it could be impossible for many applicants to access a specialist’s sign-off.

Goiran has also taken up the call to the debate the bill in the upper house almost 1000 times, more than the rest of the legislative council combined.

“He is absolutely taking the piss,” a source within WA parliament told Crikey.

“He is now making a point of speaking on every clause. He spent 10 minutes speaking on clause three, which is just about how the Act binds the Crown in right of Western Australia.

“I think legislation should be scrutinised and I’m prepared to stay there as long as it takes. But there have been occasions when Nick Goiran has been stretching the limit. Everyone has respected his view of the world, but I’m not sure it has come back the other way. I’m not sure he respects everyone else’s time.”

The bill looks set to pass before Christmas, though, with the upper house voting to finish debate by the end of this week (a vote which passed 30-0, with one abstention from Goiran).

Goiran isn’t the only member guilty of delaying tactics: the lower house spent close to 70 hours debating the bill, including a 20-and-a-half hour all-night sitting, the longest the state has seen in over two decades.

Crikey understands these antics are creating tensions within the WA Liberal Party, with the party’s moderates worried about the kind of public fallout they could face in the 2021 state election if they appear at the mercy of the party’s religious right.

“There is a real tension within the Liberal Party between those guys who have more traditional liberal views, versus this sort of take over from the religious right, which Nick Goiran is the champion for,” the source within WA parliament told Crikey.

“The feedback I am getting from the electorate is that people are absolutely aware he belongs to the Liberal Party, and people are losing faith in the party’s ability to control him.

“The party is facing a massive challenge maintaining what the it stands for while dealing with its religious right.”

Hammond — who has previously described the rainbow flag as “politically charged” and was backed by prominent party conservatives like Finance Minister Mathias Cormann — is now the sitting member for an electorate that overwhelmingly voted Yes in the 2017 plebiscite.

As Bishop told sitting members in the lead up to the vote: “I think our party is strongest when both perspectives are balanced.

“If either side gets out of kilter then the party suffers.” 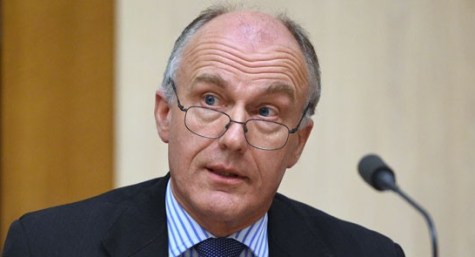 The opposition was right to walk out on Gillard

This piece demonstrates that what’s really needed in Australia is Freedom FROM Religion legislation, legislation to protect non-believers like me from fanatics like Goiran, to allow a non-believer like me, in the context of this article, to die with dignity, as I would be able to in more civilised, truly secular countries.
I’m not forcing him to accept my beliefs, why can’t he just leave me alone!

Peter, it is only a matter of time before fanatics like this deluded drongo disappear from public life.
People are waking up to the sort of shit-baggerry they peddle, and it is especially obvious when they openly add to the misery of people dying slowly in unnecessary pain.
Goiran is doing his religion no favours at all, but he is well in keeping with the lying and evasion they revealed in the Royal Commission.

One more example why people of strong religious conviction have no place in secular government.
Attempting to impose their cult ‘morality’ on the general community, many of whom have differing or no religious beliefs, is typical of them.
So much for “Religious freedom” which seeks to impose a particular brand of doctrine on everyone, including those who are not similarly indoctrinated.
They are little more than bullies who continually claim victim status.

WA’s failed Treasurer and booted Opposition Leader Mike Nathan has announced this week that he won’t be seeking re-election in his inner southern suburbs seat of Riverton.
At 69 that’s hardly a surprise, some might even wonder why he has waited so long.
The West Australian is reporting that the Christian right forces marshalled by Goiran are not expected to try and line up one of their own as a candidate.
A Nahan staffer appears to have the front running to replace him but never underestimate Goiran and his mates.

I wish these fundamentalists would put their views on the line when they get elected. I imagine for him radical social progress means that women no longer need to cover their heads in church.

I wish they’d put their views on the line before they got elected so they didn’t get elected.