Where’s Fraser Anning? (And other news you may have missed.)

After a big week in news, here are the stories you may have missed in all the mayhem.

There is barely enough time in the day to keep track of all the stuff that Angus Taylor is being questioned about this week, much less all the other goings-on in the news.

And so, to help you with things you might have missed in the daily garbage cycle, allow us to fill in some gaps.

Where in the world is Fraser Anning?

We don’t want to alarm you, but no one seems to know exactly where former senator, neo-Nazi rally attendee and child-punching egg-wearer Fraser Anning has gotten to. And people are worried sick about him, especially the bank to which he currently owes $185,000.

The Adelaide and Bendigo Bank subsidiary ABL Nominees is attempting to subpoena Anning’s travel details from Home Affairs as part of a bankruptcy hearing regarding money still owed from the collapse of Fraser and Fiona Anning’s company Gazelle Rentals Pty Ltd back in 2016.

And if you’re thinking “hey, that was before he was in parliament, wasn’t it?” then well done you: the banks had already launched action following the company’s liquidation but, as fortune would have it, the matter happened to coincide with the nation’s sudden zeal for challenging the eligibility of MPs under section 44 of the constitution. What a time to be alive! 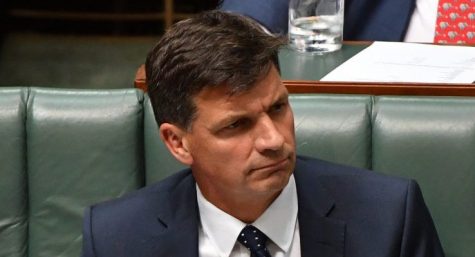 A prime minister calls a police chief — and no, we’re not in Russia

Anning had been in the unwinnable third spot on One Nation’s Queensland senate ballot at that year’s election but unexpectedly found himself set to enter the upper house thanks to One Nation’s number two senator Malcolm Roberts thinking he could email his UK citizenship away and the High Court therefore deeming him ineligible to sit in parliament.

The bank agreed to hold off proceedings against Anning which allowed him to enter Parliament. Once there, he immediately quit One Nation and enjoyed a short stint with Katter’s Australia Party before a maiden speech that mentioned his hopes for a “final solution” on immigration left him forming his own hard-right Fraser Anning’s Conservative National Party. It was wiped out at the election.

His Facebook location was reportedly changed to “South Lake Tahoe, California” in October but all attempts to contact him have come to naught.

So why is it that Fraser went AWOL just when the creditors came a-knocking? No one can say, but we’re confident that he’ll demonstrate the same level of upstanding honour and responsibility that characterised his time in public office.

Over in the middle bit of the continent, the Northern Territory agreed to decriminalise sex work in the top end this week, meaning that running brothels, soliciting and home-based sex work are no longer illegal.

And the timing is coincidental, but feels awfully like an insult to South Australia whose 13th attempt at a similar bill was shot down in the lower house ahead of its second reading only a week ago.

Oddly enough, the grounds upon which the NT Labor government passed the bill — women’s safety, workers rights, the idea that a legal and regulated sex industry was preferable to an illegal and unregulated one — were the same ones used by the Liberal Premier of SA, Steven Marshall, and which were challenged by opposition leader Peter Malinauskas and the majority of Right faction Labor Unity.

The Indigenous death in custody case you missed

It’s easy to despair at the horrific rate of Indigenous Australian deaths in custody, not least because a situation now has to be especially shocking to even make the headlines — which is why you might have missed the news that the three year-plus journey to court over the death of Wayne Fella Morrison might yet be delayed even further.

The story is a particularly grim one. Morrison was being transported in a van with seven guards from Yatala Labour Prison to the Royal Adelaide Hospital in September 2016. He was then removed from the vehicle “blue and unresponsive” and died three days later.

Last December those seven guards argued that they should be able to refuse to give testimony about what happened during the drive on the grounds of self-incrimination, which was rejected by SA’s deputy coroner Jayne Basheer.

And now, with the inquiry finally set to be heard in the supreme court, 19 officers have challenged Basheer’s involvement on the grounds that she “acted in a matter for which her fees were paid by the Correctional Officers Legal Fund” at some point in her career and is therefore open to suggestions of apprehended bias. And, given the stately progress the case has taken thus far, it would be unseemly to rush to a conclusion now. 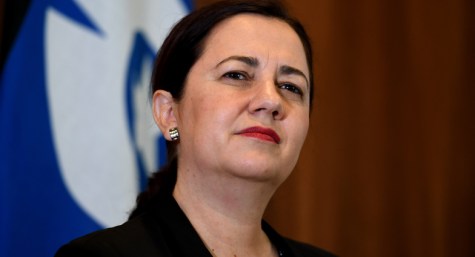 Palaszczuk quashes liberties in the name of liberty 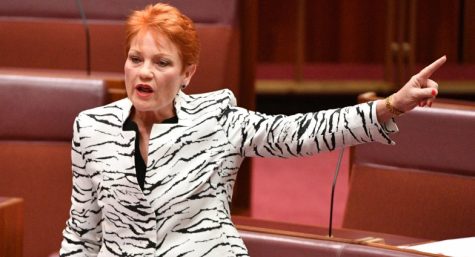 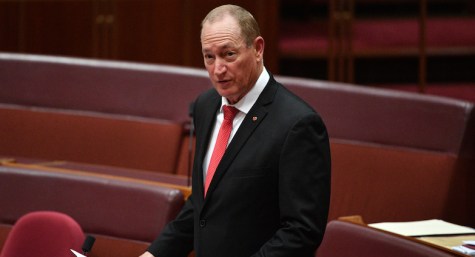 As a customer of Bendigo Bank I am outraged that this Anning fellow is avoiding his financial obligations. I demand strenuous pursuit of the payment of monies owing.

Where is Fraser Anning?

Better not to peer under that rock lest he emerge.

So NT is “officially the most progressive inhabitant of Central Standard Time”? Not too many contenders for that honour while SA is on Central Daylight saving time.

My question is if he was in such a situation in regards to being declared bankrupt, how can they think that it was acceptable to have Fraser Anning in Parliament in the first place, surely a “background check was done” before he was allowed to step foot in the place, that this man is also allowed to have a current passport to go anywhere, these are all questions that need to be answered, by the current government, wont hold my breath..

If any normal person had been declared bankrupt, even on a lesser amount (that Anning owes) there is no way a passport would have been issued, and any existing ones would have been torn up or shredded, so why does he get special treatment I wonder …

My whole thing is that he needs to be extradited back to Australia, we have an extradition treaty with the US, which could get very interesting
Though I can’t imagine that life is all that easy for him & his wife as they will be jumping at the slightest noise or knock at the door, too me that’s no way to live, (even for the amount of money they owe)…

Yes maybe he needs to be bought back to Australia the long way, clapped in leg irons on an old sailing ship like they used to do with convicts, (I wonder if he gets sea sick) well we will all wait to see what happens, with poor Fraser…