The historic victory for pan-democratic candidates means that Beijing has been profoundly misreading the situation on the ground.

There has been overwhelmingly positive coverage of the massive gains made by the pan-democrats, or anti government/establishment, parties at the weekend’s Hong Kong general council elections — but the real story lies more with Beijing’s miscalculation.

An eerie calm settled on the city for two days after six months of increasingly violent protests. But the respite did not last long.

And the truth is the council positions hold little real power in the city/state and the “first past the post” voting system distorts the results to give the impression of a bigger swing against Chief Executive Carrie Lam’s administration (and her Beijing masters) than was actually the case.

The overall result was indeed a thumping victory for pan-democrats and independents, many of whom also supported the protests. In the 452 seats available pan-democrats won 347, the independents won 45, while the pro-establishment camp won only 60, a massive collapse form the 300 they previously held.

The pro-democracy parties now control 17 out of 18 district councils, and their support ran across wealthy and poor as well as protest- and non-protest-affected areas. Almost 2.9 million people voted, 71.2% of eligible voters — a record number, that strongly suggests that younger, newly registered voters, determined the results. The number was up up from 47 % in the 2015 district council election and 58.3% in the 2016 Legislative Council election.

But the outsize victory of anti-establishment parties has obscured the fact that the overall vote for the establishment was still 41%, and seats held by establishment figures were lost partly because of the presence of a third “spoiler” candidate. It also does not mean nearly as much for the real test of support in Hong Kong, which does not come until September 2020 in the next Legislative Council election — which itself comes ahead of the 2022 Chief Executive election.

For sure, the victories in 17 out of 18 districts does provide a boost to pan-democrat numbers in the “voting” for the city’s chief executive, handing it all (but only) 117 seats for district councilors in the 1,200-member Election Committee that “selects” the chief executive. Hong Kong councils only have limited powers and small budgets, restricted to ground level local issues such as “parks, bus stops and waste collection.” But control over councils will allow the pan-democrats to prepare the ground for the 2020 Legislative Council election, an opportunity they fluffed when they last won a resounding council victory in 2003.

Still, for all that, the results at the weekend were a further stark illustration of what some commentators are describing as a “historical” miscalculation on Hong Kong by Chinese leader Xi Jinping and Beijing’s continued misreading of the situation on the ground in the city. A government official admitted that Beijing had been surprised by the result and there were credible reports that Beijing’s states run media had pre-written stories.

All this shows that Beijing has drunk its own Kool-Aid on the situation in Hong Kong, believing its narrative that the length and violence of the protest had alienated the city’s “silent majority”.

There is now far more danger for Beijing in any rejection of candidates put forward for election as Chief Executive in 2022 — as the law allows them to — as further street protests are now far more likely to erupt. Beijing’s Hong Kong policy needs a good hard rethink.

There’s a lot of misguided talk about Hong Kong not being needed as Beijing’s money funnel. This ignores the fact Hong Kong is, in the words of a senior, foreign long-time Hong Kong banker, the world’s “biggest money laundry”. It remains Beijing’s key source of capital raising and foreign investment. Suggestions that its role could easily shift to Shanghai and/or Shenzhen are laughable to anyone with any familiarity of China’s capital controls and complete absence of a credible legal system — Hong Kong’s Common Law legal system is its key insurance policy for continued relevance.

Statistics tell the tale. In 2018, 67% of foreign direct investment flowing into China originated from Hong Kong and 61% of FDI flowing out of China headed to Hong Kong. Over the past decade, more than 70% of companies listing on offshore sharemarkets chose Hong Kong. Despite the turmoil, China’s central government is undertaking a US$6 billion sovereign bond sale in Hong Kong, and internet giant Alibaba is marketing an US$11 billion IPO in Hong Kong so, for now, it remains as essential as ever. Beijing must take stock. 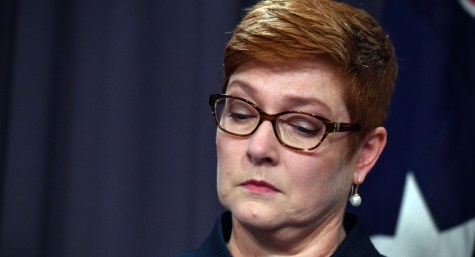 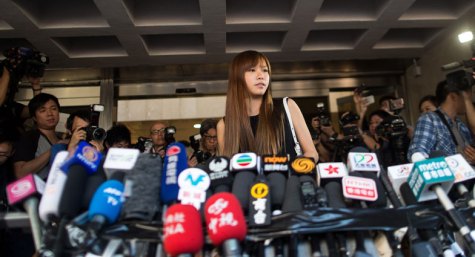 Overall, Michael, not too bad but not too good either; as usual : rather thin and a little too eager with the forecasting.

Forgive my apparent belated reply to your article but I resubscribed only yesterday (2 Dec) with the intention of reading Rundle’s article on James. However, to your article.

> For sure, the victories in 17 out of 18 districts does provide a boost to pan-democrat numbers

But you failed to explain the limited authority that these districts have; confined to municipal activities such as bus time-tables etc. Nevertheless, as you convey, the result is an “indicator” – of sorts.

> what some commentators are describing as a “historical” miscalculation on Hong Kong by Chinese leader
> Xi Jinping and Beijing’s continued misreading of the situation on the ground in the city.

I suspect that some bunnies are making such claims. The reality is that Xi Jinping could have a battalion from Futian (rail link to Shenzhen) to Kooloon within 30 minutes. No one (I witnessed the last lot of protests and chatted with the protesters) in HK claims that Xi has “miscalculated”. He is actually playing a masterful game but the subtlety is beyond the readership in Australia; certainly the current front bench.

> There’s a lot of misguided talk about Hong Kong not being needed as Beijing’s money funnel.

Agreed. With all due respect you seem overly reliant upon such chat. Let’s get real (for a few paragraphs) shall we Michael?

(1) The situation has changed utterly from the initial protests concerning repatriation for criminal activity.
The protesters are being manipulated but, equally, there is a good deal of ‘sencerity’ and public support. No
one attempted to interfere with any protester (males and females) digging up the paving bricks to smash
onto the roads around Kowloon on Sunday 24/ Monday 25 November.

(2) The vandalism towards private property has been occasional and opportunistic. There is no obvious trend.
American companies who operate within shopping centres continue as business as usual. I have not observed
any directed vandalism against mainland interests but having written that many retailers with street frontage
have barricaded their businesses.

(3) As to equipment I found myself applying my Senior First Aid skills although there are numerous protesters sporting red cross identification also. Their First Aid bags possessed some impressive gear. Many protesters had wads of mouth-masks and saline solution to mitigate against the tear gas. This stuff was available on request to any on-looker. the money is coming from somewhere.

(4) The situation is now “bigger” than anticipated but it is by no means disorganised. What appeared
as a “nice to have” three months ago has morphed into five specific demands. The situation has acquired its own momentum and electing one’s own politicians (with no influence from Bj) has become a big deal. This development would not be lost on Taiwan.

(5) As to HK interests, the anxiety that mainland enterprise would “swamp” HK business was, a year ago, a very real concern. Keep in mind that Xi wants Shenzhen to rival (i.e. exceed) HK in terms of domestic product and economic strength. The situation is quite complicated and a “linear” approach is NOT going to capture the major fundamentals. The protesters may well be receiving funds from “old” Cantonese business.

(6) It is difficult to forecast the conclusion. On the one hand Xi could end it tomorrow. On the other hand the protocols of 1997 could be observed with Lam (and other non-HK elected) getting the flick. The protesters are quite realistic in this respect.

(7) A note regarding money. On average, would you say Michael, is property is twice the price in HK compared with London or is it closer to five times the price? As to “retail” hotels have not been cheaper in decades and the streets at weekends are comparatively empty. One can obtain a 5 star for 950Y. or about HK$1,000. There are no tourists to speak of. Moving in an out of HK airport was never difficult but its like having the place to ones self nowadays.

Lastly, I sent this email to a friend (a pom) who works in a senior management position in the PRC.
————–
As recently as yesterday (Friday) I had a chat with two students (M & F) in one of the few Starbucks that happened to be open. I pointed out that the nature of the apparent objections and the nature of the protesters had changed over the last six months. They agreed. However, there is a strong sense of HK being able to elect its own representatives etc. which is what was understood in the 1997 agreement.

Methods have become much more “professional” – if that is the word. What is clear is that Xi will effect control of the matter without any (e.g. UN) “assistance”.

Keep in mind that Cathay had to flick their CEO for “uninformed remarks” a few months ago or face the “consequences”. Frankly the West has a problem. The current state of affairs within the PRC are permanent or, at least, unlikely to change over the half century. The economy will become stronger but both the PRC AND the West will develop Orwellian measures for information (read crowd) control and both are reasonably advanced in this endeavour.

Two fools who happen to be Australian parliamentarians, Andrew Hastie and James Paterson, have been ranting (read kissing the butts of the more nationalistic Congressmen and Senators) against the PRC have [surprise!] been denied visas. Keep in mind that the PRC is Australia’s largest trading partner and accounts for about 40% of all trade.

The “trade” stuff, that Trump is NOT going to win, is more about the South China Sea which is a lost cause. In fact the PRC controls everything from Korea to the Middle East; much to the chagrin of India.

It is not a single matter or a single issue. The best that the protesters can hope for is a return to the letter of the 1997 agreement. A second best would be the resignation of Carrie Lam from HK politics. The PRC and HK nationals that I know are more or less polarised on the issue.