Have former stars of The Checkout really been blacklisted by the ABC?

Questions are circling about staffing at a new ABC consumer affairs show, which seems to be giving the cold shoulder to The Checkout.

The intermittently active Twitter account of much mourned ABC consumer affairs show The Checkout raised a few eyebrows this week when it tweeted out a claim that the “hiatus” the show was subject to had evolved into an out-and-out ban against those who worked on it.

Crikey asked the ABC if this was a fair representation of what’s going on, and a spokesman told us:

As the ABC has said previously, we are looking to develop a consumer affairs program that offers something new to our audiences, showcasing fresh ideas and diverse Australian talent. We have not commenced development of any program and discussions with other parties are preliminary only. While we don’t comment on such confidential negotiations, the claims to which you refer are misleading.

Added to the mix is the fallout between former Checkout co-producers The Checkout Pty Ltd (owned by the Julian Morrow-directed company Giant Dwarf) and Cordell Jigsaw Zapruder (CJZ) — a fallout which has now landed in the NSW Supreme Court.

Morrow also runs the The Checkout‘s Twitter account. CJZ told TV Tonight, “We are bewildered by the recent activity about The Checkout on social media. The ABC has made it clear that it will not commission The Checkout while there is a dispute between CJZ and Giant Dwarf about the show.”

And while investigating whether Aunty was implementing a ban on Checkout staff, we did note that, as far as we could see, none of the other high-profile former cast members jumped aboard this particular thread. Zoe Norton-Lodge and Crikey‘s own Kirsten Drysdale can be seen on the ABC’s upcoming Reputation Rehab, while Craig Reucassel will appear on the ABC’s Big Weather (and how to survive it) and the ABC’s Democracy Project.

Maybe they were just too busy to check Twitter.

Know anything more? Get in touch at boss@crikey.com.au, or through one of our anonymous tips lines. 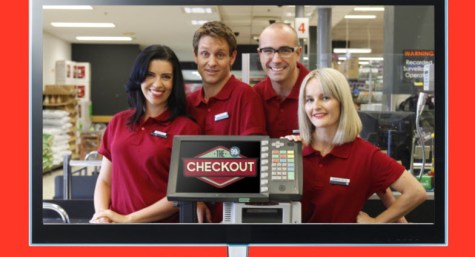 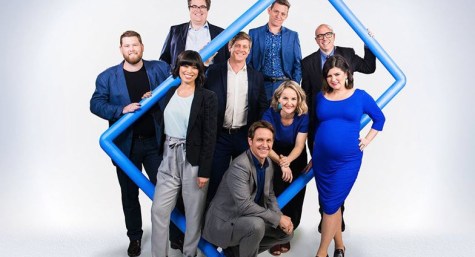 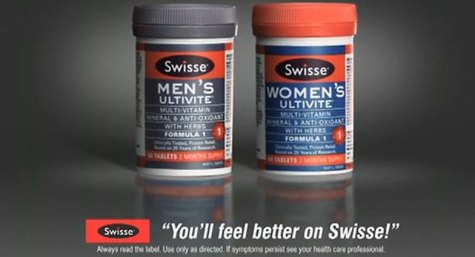 As someone who barely watches free-to-air TV (Insiders once a week is about it), I realise that I’m not top of Crikey’s target readership list for media reporting, but to be honest I’m generally baffled which readers are meant to be taking action on Crikey’s regular ratings reports, and what sort of action they’re supposed to take. (And if it’s not actionable information, how is it really in the public interest to report?)

But in this case, I’m not only unable to think of a constructive action from this report, it strikes me that the most likely reader responses (e.g. letters, petitions) would be totally unconstructive. So how can this report possibly serve the public good?

The ABC is a publicly-funded corporation, in part producing creative entertainment, and that’s an intrinsically entrepreneurial activity: it’s normal practice to replace staff in a creative shake-up, so you get different ideas, perspectives and methods.

In administration, trades, manual work or some kinds of line-management work, it’d be fair to argue that the jobs are procedural enough that you just need to hit a minimum qualification, so senior experience counts. But in creative work, you can often get fresher ideas from new people. For comparison, consider Triple J, which periodically and systematically replaces experience with youth…. if it didn’t do that, it’d be a totally different radio station, and while everyone acknowledges the cost of losing experience, nobody really contests the creative value of such renewal…

Moreover, being publicly funded does not mean the public has a right to intervene in day to day creative decisions in the first place. The public certainly should comment on broad content, HR policies etc…, but what is the value of public commentary on this matter? Taxpayers sponsor the ABC; we don’t collectively operate it from some populist agora. Artistic directors can’t run theatres from focus groups; the ABC can’t produce content that way either.

There are important issues to be reported about Australian media, and I appreciate it when Crikey reports on them. But is this breathless insider gossip and half-baked rabble rousing really among them?

Well said. My experience in community broadcasting some decades back was that people assumed ownership rights to slots and shows in direct proportion to how long they’d occupied them. Good sense would suggest the longer you’d been in the more likely your departure time should approach.

Viewers and listeners like our favorites but we all have different favourites. How are we supposed to like new shows if there aren’t any ?

Crikey has come a long way since its origins as a media and politics gossip email, but a good proportion of subscribers are probably still looking for that kind of content. In this business, I doubt the Crikey would be paying for content that no one was reading.

Kfix wrote: a good proportion of subscribers are probably still looking for that kind of content

.I agree that they might, KFix. But what’s stopping readers finding it for free nowadays in Internet clickbait sites? Since media gossip is in no way constructive (and is frequently untrue anyway), who cares when it’s reported, or who reports it?

Reporting on media ownership, content, quality, influence and integrity is still serious journalism of course. But if Crikey wants to differentiate in the eyes of its subscribers, it needs to do more of the kinds of things that only subscriptions can support (like the increasingly excellent INQ for example, or Bernard’s delightful Sideview.)

Agree with both your posts Ruv Draba. Well put.

The public certainly should comment on broad content, HR policies etc…, but what is the value of public commentary on this matter? Taxpayers sponsor the ABC; we don’t collectively operate it from some populist agora.
The one mistake here that is in error, is that “public” & “taxpayer”s are generally one & the same, this is largely why there’s so much debate & discussion about the ABC as Australian’s in generally are often very definite about what happens with the ABC, as its often apart from SBS the only other channel you can find any good quality programming, without the interminable ads…
This is why the government needs to be kept out of costings & anything to do with Aunty, these type of things like the separation of powers should be determined by an independent body…

Because it would prove his point?

The Curmudgeon
Reply to  Kfix

Maybe, they could pay for elocution lessons for him.

Lesleygray
Reply to  The Curmudgeon

Interesting observations, because well most lower class or those from the lower socio-economic levels can’t access the pay tv channels, as they’re far to expensive/not good value for money, (along with the ads your supposed to not get) Foxtel anyone..

Most people that watch the ABC & this types of broadcaster, really want to know whats going on in the outside world, (that things will be as they are ) without having to wade through tonnes of ads, throughout their viewing, or of course have to watch some channel with a political agenda/or some editorial political opinion that is tilted towards the right or is,( that not many people seem to watch) all too ready to have a go at anything that doesn’t fit with their exceedingly narrow view of the world…

Aunty is the closest the average Australians can get to a channel that’s free & gives tax payers/voters the information that they want to know….