Years of racist scapegoating came to a head in the aftermath of the Brexit referendum, with a spike in racist harassment and abuse against ‘outsiders’ of all descriptions.

Remainers were swapping tips inherited from their grandparents about food preservation during rationing. Leave supporters were piously proclaiming that Brexit had nothing to do with immigration and certainly nothing at all to do with racism. And people of decidedly non-European immigrant appearance were being told that the Brexit vote meant that it was time for them to pack their suitcases and go back to where they (or their parents… or their grandparents) had come from. 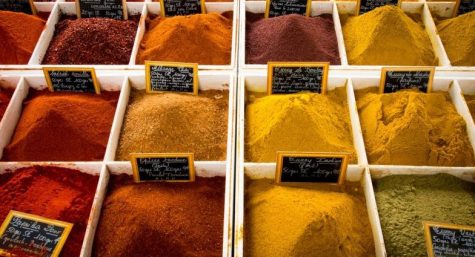 “We are here because you were there,” the late Ambalavaner Sivanandan, editor of Race & Class, said of those like him who had migrated to Britain from the corners of the Empire on which the sun had finally set. That was certainly true of my father and grandmother, who left their village to join my grandfather in Singapore as Britain was preparing to follow Gandhi’s advice to “leave India to God or anarchy”. A few months after their departure, somewhere between 200,000 and 2 million people lost their lives in the violence of Partition. My great-grandmother was among them.

From Singapore, my grandparents and their offspring — “Pakistanis” who had never lived in post-independence Pakistan, their ancestral village now on the Indian side of the border — eventually joined the south Asian diaspora in Britain. At the time, both immigrants and the British authorities assumed that their stay would be of limited duration while the migrants provided much-needed labour for post-war reconstruction and accumulated savings for their eventual return to their countries of origin.

As the labour market shifted and barriers against immigration began to be erected, those who had already made the journey mustered any dependants they had left behind to join them in their new location, for fear of permanent separation. They lived in a nation that had become wealthy through the loot and pillage of their homelands, but they were regarded as scroungers who had flocked from the Third World to scrounge on Britain’s hard-earned resources. Years of racist scapegoating came to a head in the aftermath of the Brexit referendum, with a spike in racist harassment and abuse against “outsiders” of all descriptions.

A few days after the “leave” vote, one of my uncles was told by an older female driver after a minor traffic altercation that “it won’t be long now — we’re getting rid of your kind”. The uncle — who I had always regarded as embarrassingly Anglophile, with his drama-school acquired accent that makes him sound like a minor member of the Royal family and his comfortable home in Hampstead — is now talking about departing Britain, not for Pakistan (God, no), but for Spain. Or perhaps for Singapore — a country he knows only from very dim childhood memories and from watching Crazy Rich Asians. “I am not rejecting this country. This country has never accepted me,” he told me.

The 2018 Windrush scandal, in which migrants from the Caribbean who had been legally resident as Commonwealth citizens in Britain for decades found themselves deemed illegal immigrants, denied healthcare and housing, and in some cases deported to their countries of origin, was an even more brutal exercise in rejection. These elderly parents and grandparents had established families, paid taxes and provided essential services for the entire lifetimes of those who enforced the regulation of the “hostile environment” upon them.

The Windrush scandal had a salutary effect on at least some of those for whom the scapegoating of immigrants has become a reflex response. However, Britain remains a hostile environment for those of immigrant appearance, whatever their place of birth or current citizenship. The hostility seems unlikely to subside as Britain either approaches or retreats from Brexit.

It IS mostly the “brown people” copping the racist abuse in the UK. Long before Brexit, when I worked there between 2003 and 2009, many people complained about “too many Indians and Pakistanis”. I used to say, “This is your colonial chickens come home to roost and they have a right to.” However, the hatred by Brexiters of anyone with Elsewhere origins is widespread. I was told, “You Australians are coming over here and taking our jobs”. Swedish friends, a professional couple who had lived and worked in London for twenty years, were engaged in their community and in charity work. They said that after the Brexit vote, daily life became fraught with stress. When they queried at a body corporate meeting if something could be done about the mess in the wheelie bin room, they were told, “That’s how we like it. If you don’t, go back to where you came from”. Just their accent, in spite of their perfect English, set them aside. They finally decided they didn’t want to continue waking every day and wondering “How will I be insulted today?”. They sold up and went back to where they came from.

Innocents have been killed in the streets for being ‘not one of us’, something that tends to be glossed over as if it never happened.

Enoch Powell never really went away. The country that gave us all that great music and literature and awful food is in a parlous state that can’t even discern how embarrassing their current PM is.

I’m now wondering what will happen when the Queen dies. She’s the only remaining reason for them having a monarch truly full stopped by the latest revelations about Andy. The disaster of Brexit suggests an even bigger one when republican pressures arise within the next decade.

Back to Orwell’s tea and a slice for the masses soon enough.

Those paid to advise HM also appear to not be earning their dollar. Normally the Monarchy is the glue that holds the dog and pony show together but the deftness of touch required appears to be on sabbatical.

Might be a good time for your uncle to leave. Taking all monies and possessions might see him miss a financial catastrophe too, although Spain may be in a similar position.

How much wealth did these immigrants create for Britain I wonder. I’m betting a butt load.

You are so right Dog’s Breakfast…

Then when they desert the sinking ship, again things will most likely be a complete and utter mess, anyone for a rerun of the Thatcher era, ( the sugar & butter shortages of the early 70’s the coal strikes), cos’ as a child I remember these well, Britain was very depressive place to live even as a child..
So it sounds like people will bailing out left, right & centre, history is repeating itself again…

They dish it out but can’t take it. Your uncle should tell them the Germans may as well have won.

The dark side of the UK was always going to come out, no matter what…

I can remember the deeply racist divides of the 60’s & 70’s , I still remember a friend of mine that ran away from home when I was in my first year of primary, as the torment that she endure due to her colour, was more than she could cope with, she was never prepared for the deeply held racist views of Britain at that time (it’s very clear that not much has changed) but she just couldn’t cope, (she was only 5 years old) she caught a train back to London to go back to be with her grandma…

This might have been 50 years ago, but it seems not much has changed..
This has always been Britain’s problem throughout the centuries, the need to go conquer or in the case of Australia declaring the country “terra nullis” dumping their unwanted refuse/poor, criminals & just those that weren’t considered good enough ”citizens” onto a ship then leaving them to either die of alcoholism or starvation in a foreign land, so if this is a clear indication of how they treat their own people, even those who have lived in the UK for generations, who know nowhere else, when does the ”sending people back to where they came from” stop?…
It seems the British approach to starving people out of their lands & clapping them in irons & putting them on a ship to be sent to whatever nightmare of a place that the courts deemed fitting, seems to be a conveniently ignored chapter in the history of the country…
Queen Victoria & the government’s part in the potato famine in Ireland, Yes ! again from where I stand “they want to have their cake & eat it too..”

This knowing the British has to blow up in their faces at some stage…..

Yes Karma maybe a bitch, but she comes in many guises & forms…

Many British people need to have a closer look at history as they don’t come off well at all, there are the inevitable skeletons in many Britons closets, also they have to remember that Britain many centuries back were invaded by all & sundry so there would be very few that can claim to be truly British…

There is a nastiness of soul in any Nation to watch out for and keep supressed. It tends to break forth like Herpes when the body politic is under stress.