The intensity of Australia’s bushfires has lit up the fracture in Australia’s media over the climate crisis, and ended the comfortable fiction of shared values within a traditional Fourth Estate.

On Thursday, News Corp chair Rupert Murdoch unashamedly asserted “there are no climate change deniers around [at News Corp], I can assure you”.

Fire up the gaslight: within hours, The Australian subeditors were busy laying out yet another op-ed from climate denier Ian Plimer cautioning “let’s not pollute minds with carbon fears”.

With this, News Corp floated free from the truth-seeking values of its journalistic roots, values once shared across the Australian media.

Sure, it continues to use the semiotics of journalism to borrow a fig leaf of credibility, as a defence against criticism (free speech!) and as a comfortably familiar presentation format. But gaslighting is when you stop pretending. It’s the moment when an organisation is openly unembarrassed about saying one thing to a public audience, with a staged wink to its right-wing readers that assures them that they’re all in on the joke.

As News Corp voices increasingly break free from journalistic reality, it becomes comfortable amplifying those speakers on the right who are now saying the once-were-quiet bits out loud — like the unabashed claim by Liberal Senator Gerard Rennick on Sky that the Bureau of Meteorology is fudging the data to fit “the global warming agenda”.

Unlike News Corp’s US sister organisation Fox News, the scale of the company in Australia means their amplification has enough power to spread these voices out of their own echo system into the community at large. This is particularly true in Queensland and Western Australia, where, with its journalistic ally Seven West Media, News Corp has an effective commercial news monopoly.

Both Nine and the ABC are continuing to struggle with what this Trumpian post-truth News Corp means for their own understanding of the media and of journalism — and of their place within it.

On the one hand, their journalists are producing some of the critical journalism about the climate crisis. On the other, parts of their commentary keeps the “not the right time to talk about climate change” talking point alive, coupled with a heavy dose of civility policing. 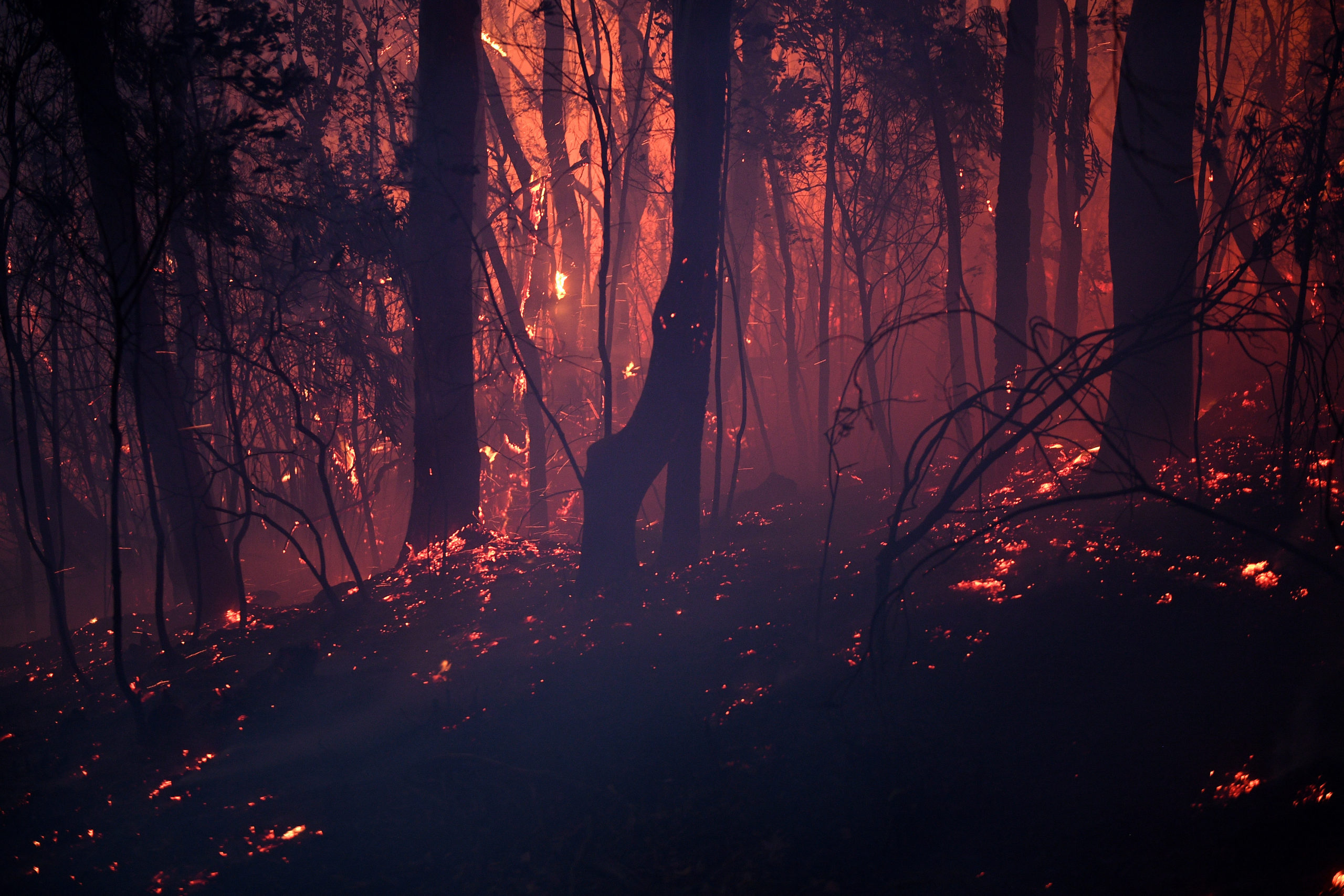 This lands in an old-fashioned “both-side-ism”, where one of those sides floats in a truth-free void and a contrary side needs to be manufactured more or less out of thin air. The result is last week’s AFR op-ed, “Tribalism is blighting Australia”, positioned in the reasonable space between “national socialism” and “international green socialism — a variant of white supremacism”.

The fractured media dragging the climate debate to the right leaves the artificially structured centre infested with denialist talking points, acknowledging the science but denying the practicality of doing anything much about it — a centring that Scott Morrison is happy to use to justify continued inaction with a “crisis? What crisis?” shtick.

Both the public debate and the best of journalism are repudiating this un-helpful both-side-ist dichotomy — on social media, in new media, and, significantly, within the newsrooms of the non-denial traditional media.

Within Australian journalism, there are serious and thoughtful attempts to reshape the centre of the climate debate that recognises both the science and the demand for action. The Guardian, for example, is driving an attempt to reset editorial style by replacing “warming” with “heating” and “change” with “crisis”.

But, within the industry and the craft, the big step involves recognising that, from a journalistic perspective, News Corp has long stopped being a useful part of the process.

Last week we saw also that the company is unlikely to willingly abandon its hold on the debate when The Australian — apparently unsuccessfully — tried to gin up its regular dollop of outrage over the formation of a climate advisory group among ABC staff. Yet professional groups such as these are among the best tools to reset coverage of the climate crisis, without gaslighting.

For a decade now — since the conservatives made Tony Abbott their leader — denialism has broken Australian politics. Now, we need to accept that the media has been similarly broken as a shared institution with common values. Only that acceptance will free up the practice of journalism that the crisis demands.

What do journalists need to do differently when covering the climate crisis? Send your thoughts to boss@crikey.com.au. Please include your full name for publication. 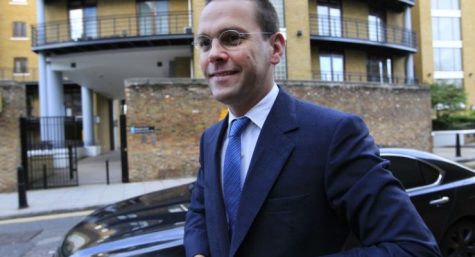 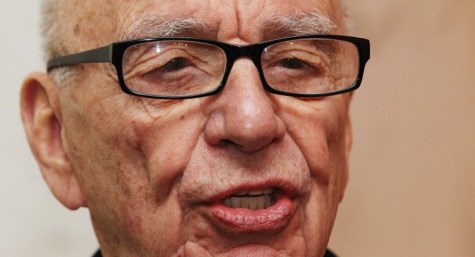 News corp media only caters for the braindead section of Australian society, the rusted on no change duelling banjo rednecks who don`t really matter in the scheme of things, its the intelligent 20/30% of the swinging voters that make and change governments, that`s why sales/viewers of the Murdoch brands of print and T.V media are falling year on year year, sooner or later the frightened and bullied share holders of News Corp will muster up enough courage to throw the Murdoch clan out, in the mean time the intelligent people will just ignore them, make no mistake, Morrison had a big chance to unbrand the Libs and swing back to the political centre after labors election loss but just did`nt have the nous to understand the need, his arrogance convinced him he won the election, he did`nt, labor lost it and therin lies his problem, much like Keating and Hewson in 1996, Keatings loss made way for Howard in exactly the same circumstances as last may, Keatings arrogance opened the door for Howard, Albo should be thankful of Morrisons political arrogance and ineptitude as it will be the making of his ultimate political career and make him the next labor P.M

Rupert’s eyes. He probably can’t see the “deniers” for the septics.

Sorry, my mistake :- that should have been “He probably can’t see the “deniers” for his sceptics” of course(?)?

You probably were right first time – Donald Chump is a septic.
Septic tank or seppo being rhyming slang for Yank.

The self consuming and totally obssessive drive of the poxed political pervert, which drives the yankee media fuhrer, is a chronic irritation, to get a fully submissive world order, profitable, malleable. Murdoch has steadily obtained a bumboy bullshit bravado by renting the slimiest sluts journalism and careerism and narcissistic ambition could obtain. Anything to be associated with the old turd is totally untrustworthy. His world is a corruption, a neurotic nastiness in which truth is irrelevant, dangerous, to be despised as weakness. If Murdoch believes it and wants it enforced or broadcast, it is surely a lie, for gain, ego, notice.

The time has come to mercilessly call and humiliate the mercantile scum who drive climate denial. I don’t think we’ll get access to enough tumbrels anymore, so disinvestment, public jeering at the perp walking of Trump, Johnson & ScumMo’s Scum over the next 3 years, and enthusiastic promotion of punitive taxation on wealth will have to suffice. In Oz,I think we need to form punishment battalions of fire-fighters from the Banksters and Real Estate Spivs that form the core of the LNP. A Green Army if you will. I understand that the Toady Rabbott is free…

Last night I was talking to my mate from up on the Hastings River. He said he saw the sky for the first time in 2 weeks. HE also said the river had stopped flowing completely. Neither his late father nor his even later grandmother had seen such a thing and none of his family had heard of it. The family has been there since the late 1860s. Business as usual anyone?