Crikey readers ask how empty of a gesture the Coalition's war memorial expansion is, while elsewhere readers continue to react to massive allegations against Westpac.

On the war memorial

Joe Boswell writes: The grotesque $500 million taxpayer-funded desecration of the Australian War Memorial by Brendan Nelson and his grubby Liberal cabal is a huge scandal. Bernard Keane’s piece discussed Nelson’s weird assertion that the AWM’s acknowledgement of the experience of service personnel will address “one of the key contributors to [their] post-traumatic stress”. He also mentions Nelson’s blunt refusal to recognise Australia’s Frontier Wars at the AWM, along with the Liberal Party generally disparaging the dispossession of Indigenous Australians by European colonists. Put the two things together and it is irrefutable that Nelson (who used to be a medical doctor) must believe his policy of ignoring the Frontier Wars is directly and deliberately adding to the stress and alienation felt by Indigenous Australians, reflected in elevated rates of mental ill-health and suicide. Nice work.

Lee Miller writes: Yes, the money needs to be spent on the veterans. All this glorification of monuments is becoming very distasteful when we know how many veterans have struggled to cope upon returning. Another example of all spin, no substance.

Robert Edgerton writes: I’m confident the vast majority of those whose memory is recorded in the AWM and surviving relatives would prefer that level of expenditure be put towards reversing the trend in mankind’s modification of climate and helping those devastated by its impact. After all there is no point in an expanded display of military hardware with no intelligent (or other) beings to bear witness. With certain world leaders of today’s planet earth that day may not be far off.

Mike Smith writes: I think we need the union de-registration legislation to apply to banks, not unions.

Mark Dunstone writes: But where is the criticism of the regulator Austrac? It’s taken them six years and 23 million beaches to finally act? Gee, I wish parking regulators were similarly efficient in enforcing parking fines.

Wayne Cusick writes: $6.78 billion should be the minimum fine. Shareholders may squeal, and no doubt someone will launch a class action on their behalf, but they also benefited from this. 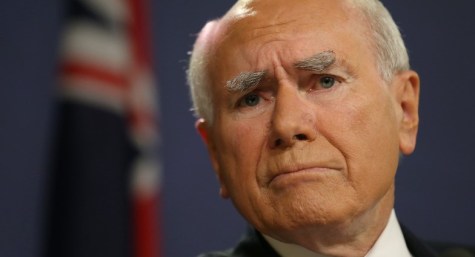 The skirmishes which took place during settlement by whites onto what is deemed as aboriginal lands are not seen as a threat against the Commonwealth of Australia or the Dominions of the British Empire. There for they do not qualify for mention or exhibit in The Australian War Memorial.

Of course Iraq was “seen” as a threat to Australia…. yeah right…