The Tories have been accused of misleading the public after attempting to temporarily rebrand their twitter as an anti-Labour fact checker.

It’s a PR cock-up for the ages. While UK Prime Minister Boris Johnson and opposition leader Jeremy Corbyn traded blows on a televised election debate this morning Australian time, the Conservative Party rebranded its Twitter account as FactcheckUK, in an apparent attempt to pose as an independent fact-checker. The account retained its handle @CCHQ, but shed more obvious connections with the Conservatives by changing its colour and logo. It then, unsurprisingly, began to tweet out pro-Conservative material. The move was justified, as one Tory source told Buzzfeed News, “because Corbyn needs fact checking”.

The Tories drew unsurprising condemnation for their stunt. The BBC’s Emily Maitlis (recently known for her grilling of Prince Andrew over his friendship with Jeffrey Epstein) accused the party of “misleading the public”. Legitimate fact-checkers also cried foul. Independent fact-checker Full Fact called the stunt “inappropriate and misleading” and urged voters not to listen. Channel 4’s fact-checking operation also attacked the move, with news editor Ben de Pear tweeting that “no political party should be trying to cloak themselves in the guise of independent journalists”.

The move is also being aggressively trolled — director and political satirist Armando Ianucci is one of many who have renamed themselves “FactcheckUK” on Twitter. More worryingly for the Tories, they could find themselves in trouble with the Twitter police. The company’s policies say it reserves the right to remove an account’s verification at any time without notice, for reasons including “intentionally misleading people on Twitter by changing one’s display name or bio”. 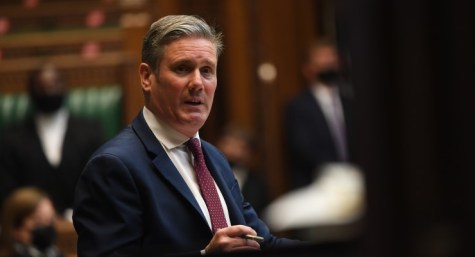 Is this an example of work by the so-called ‘digital gurus’ Topham Guerin, or TG, a boutique digital marketing agency from New Zealand headed by Sean Topham and Ben Guerin, two Kiwis still in their 20s. According to the ABC’s News website TG have claimed some of the credit for ‘consigning the Labor Party to another three years in political purgatory’. As Topham Guerin are now working with Boris Johnson, they could well have found their way to the nasty party’s HQ.