Tim Wilson is once again using parliament's economics committee as a partisan weapon. In the firing line this time: industry super funds.

We know that Liberal MP Tim Wilson has form in using the House of Reps economics committee as a partisan weapon — it was the platform for an industry-funded scare campaign against Labor’s policy to end the franking credit rort. Now it’s the turn of industry super funds.

The Turnbull government, as part of its efforts to stave off a royal commission into its bank donors, got the economics committee to hold a permanent inquiry into the banks, with regular appearances by CEOs. That inquiry lapsed with the election, so in August, the Treasurer Josh Frydenberg wrote to Wilson renewing the reference and expanding it to cover the implementation of the reforms of the Hayne royal commission.

Sounds legit, right? Except in expanding the terms of reference to cover the royal commission, Frydenberg opened the way for the committee to call “other major relevant financial institutions” and look at financial services more broadly.

That material was then promptly handed to News Corp journalists to prepare hatchet jobs on industry funds. Here’s the Herald-Sun, on hospitality spending, and here’s The Australian, on the use of tax havens (News Corp, of course, never uses tax havens…). It was also given to the Financial Review, which gleefully revealed the salary of Brett Himbury, boss of the industry fund-owned IFM.

All the articles included self-promoting quotes from Wilson himself. And in all cases the journalists pretended that the information had fallen off the back of a truck.

And funnily enough, Wilson hasn’t put the material he asked for on the committee website so we can see the extent to which it’s been taken out of context, cherrypicked or been misrepresented.

Your taxpayer dollars hard at work. 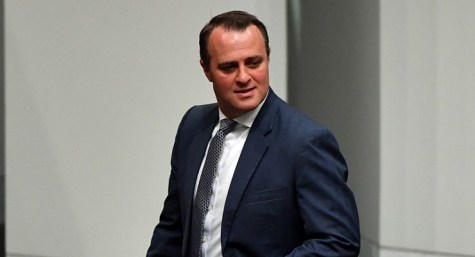 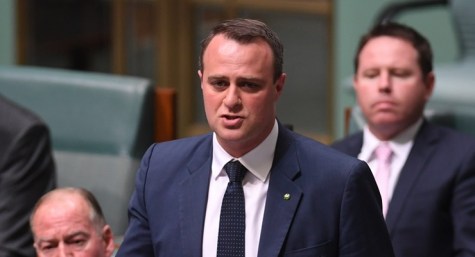 I’ve never understood why industry super is attacked the way it is. Given its continued performance over retail funds, you’d think how they work would be analysed to be emulated by retail products desperate to be better. Isn’t making money what wins out at the end of the day?

Making money alright; but it’s the banks’ making money that’s meant to win out at the end of the day. Their profit would be less if they ran super for the benefit of their ‘super customers’.

It’s a union thing Kel S. There is nothing the LNP loathes more than organised labor. Their main mission has always been and remains the destruction of the trade union movement.

Industry super threatens the political and corporate hegemony of a global and national financial system predicated by self interest , unregulated speculation free of social environmental and governance restraint. All profit back to the members threatens a version of capitalism based on take as much profit as possible before it gets to the members. What elitist capital is really concerned about is that the Industry lobby can now seriously challenge the misrepresentation that capitalism without regulation is the basis for wealth accumulation that then trickles down to the lot of us if we just have faith. So we privatise infrastructure we own and then pay for the profit gouging that goes along with monopoly infrastructure. State and federal governments are compliant in the rory because of their lack of political will to either challenge the corporate media guys accumulating under the same lack of accountability or tax sufficiently to provide community services that are durable and meet public expectations. Industry funds governing trillions on behalf of their community based membership terrifies the political status quo Wilson so sycophantically champions

Trained liars. repressed deviates, freudian flops and political perverts are hard to stop even when, as here, they can be tracked. Conservative filth and criminality, for that is what it is, stinks.

The IPA trained him well, he deserves an Honorary Doctorate in Vile Repugnance.
But where would he be without vile journalists from vile rags to help him out with his grubby work?

In answer to your question; still living in Briiiiiiiiiiiiiighton, in ‘domestic bliss’.

The only thing Freedom Boy has ever succeeded in, is being a grade one fraudulent grub.

They are playing with political fire here. The punters are much more wise to retail funds since the industry fund free publicity afforded by the Royal Commission. Imagine the publicity campaign the indistry funds could fund if the government tried some legislative vandalism.

What else can we expect from the bloke that so vociferously defended tax-payer funded hand-outs to non-tax paying, Self-funded retirees with millions of dollars worth of shares.