With heavy stakes in the gambling industry, News Corp is hellbent on separating Melbourne Cup punters from their hard-earned cash.

There’s one starter you won’t see in any race or office sweeps across the nation today. But it will be there, lurking in the background in every form guide and race fields — from Flemington to the smallest race meeting in outback Australia, and every office, pub and club.

Our silent, absent starter is News Corp, and it’s hellbent on separating Australians from their hard-earned cash this Melbourne Cup Day. And every other day, for that matter.

With the 100% Murdoch-owned racenet.com.au and punters.com.au, News Corp has gone heavily into gambling and gaming (wagering) as a key profit centre in Australia.

Throw in the family’s Australian newspapers, the 65%-controlled Foxtel/Fox Sports and the 100%-controlled Sky News, and the Murdochs have a ready-made marketing machine to promote gambling on everything from race horses, greyhounds, pacers and trotters, to sports including football, cricket, NFL and basketball.

Australia was first cab off the rank for News Corp’s major push into gambling and wagering in recent years, because of the inordinate amount of money we gamble each year at casinos, on poker machines and on gaming. 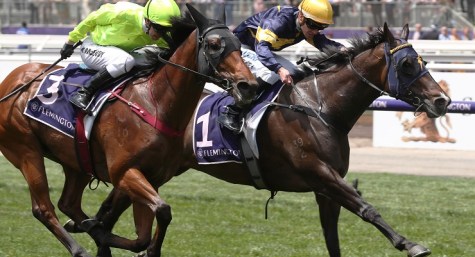 What will it take for Australia to stop supporting the Melbourne Cup?

Similar plans fizzled in the UK, where Australian companies’ usual expertise in separating people from their money has failed horribly. In fact, Tabcorp — the pre-eminent gambling company in Australia — lost over $100 million trying to introduce a gambling operation linked to The Sun newspaper in the UK.

Perhaps the Brits, especially readers of The Sun, are far smarter than their Australian counterparts? Or it could be that UK punters are already over-saturated with choice from the likes of Ladbrokes, William Hill and Paddy Power (which owns Sportsbet in Australia).

Either way, so important is gambling, gaming and wagering to News Corp Australia that it’s chief operating officer, Damian Eales, is in charge of this side of the business.

Eales is an up-and-comer at News Corp in Australia, and has been an enthusiast for the wagering part of the business, as he told Mumbrella:

“It’s an obvious thing for us to do in many respects because most punters use our sports content to inform their bets and so through dedicated focus on that wagering customer we think we can better develop products to serve the punting audience and better serve our wagering clients who want to access that audience.”

News Corp’s Sunday tabloids had big wrap-arounds for the Melbourne Cup and associated races over the weekend, with the Sunday Tele including 24 pages. That’s what Eales (and his superiors) are all about.

At a time when household debt is high, and income growth and wages are weak, it’s a bit rich for News Corp and its fleet of right-wing commentators to tacitly support the fleecing of ordinary Australians. But that’s what they continue to do. 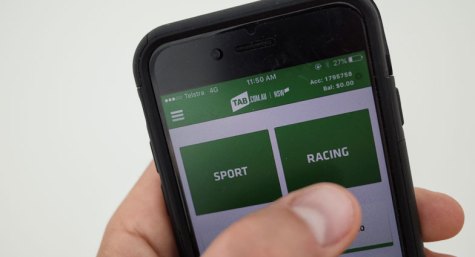 Gambling is the only growth area in advertising. No wonder media companies are hooked.