Post-election, Alberta and Saskatchewan are making renewed calls for separation. But the whole idea is crackers — for now.

The shout rings across the prairies. Omigod, something interesting is happening in Canada!

Fresh from an election which saw your secret boyfriend Justin Trudeau lose his majority, the country is talking about splitting up again. This time it’s got nothing to do with Quebec — even though the Bloc Quebecois roared back into life, gaining 32 seats in the 338-seat parliament, up from 10 (a clear shift leftward in Quebec, though unnoticed as such by most commentators).

No, now those talking separation are the two inner-western provinces, Alberta and Saskatchewan. They delivered a result for Trudeau like Queensland on steroids, returning only a single non-conservative member out of 51 (for the New Democrats, Canada’s belated, separate Labour party).

The provinces are furious at the Trudeau government’s attempt to play both sides of the progressive/extractive divide (sound familiar?) regarding a pipeline that would ensure the continued viability of the country’s tar sands oil. They think they’re getting a raw deal on agricultural trade. And they don’t like the (limited) rights the federal government gives First Nations on resources issues.

So now the western provinces are grumbling about the amount of revenue they provide, the lack of representation they are afforded, and how they might be better off “Wexiting” oot of the federation, eh.

For federalism wonks — and hell, who isn’t — this is a fascinating exercise in the contradictions of such. Canada was genuinely federal until the 1960s, a product of the country’s origins as a fusion of Ontario and Quebec — two very different societies. But the federal government acquired more power (over social policy etc) under Pierre Trudeau, in the ’60s (except for Quebec, which was given further concessions).

First-past-the-post voting and three-party contests deliver clean sweeps and wipe-outs on a regular basis. Provinces, that were once united by being Anglo-Celtic, are now divided as Ontario and Quebec cement further as metropolitan centres. This happens in a lot of federations, but what makes Canada different is that it didn’t federate all at once.

The founding provinces of 1867 were joined by British Columbia and two others a few years later, territories became provinces in 1905, Newfoundland was a separate country until 1949 (sort of), and First Nations province Nunavut was established in 1999.

Canada does not have, at its root, the illusion that it could not be otherwise than it is. What makes Alberta and Saskatchewan still more distinct is their politics, for in the 1920s to the 1950s, they were the only place where the movement of Social Credit took real hold.

A pre-wonks wonk movement of the 1920s, Social Credit advocated for an early universal basic income and the social control of banking, to recognise the intangible contribution of co-operative intellect to the capital base, and restore purchasing power.

Why haven’t you heard of this prescient theory? Because its inventor, Major Douglas, was a fantastic anti-Semite who said essential to his theory was the belief that private banking was akin to the Jews recrucifying Christ. So after 1945, erm yeah…

Nevertheless, Social Credit governments in Alberta and social democrats in Sasketchewan were world-famous in the Depression, and delivered on social welfare and state ownership. Alas, the complex radicalism of the era has, as elsewhere, yielded to a politics of cultural ressentiment, dependent on the eternal resources fairy tree.

The provinces are therefore the very opposite of plural capital-rich environments; like Queensland, pipeline promises have not only sucked out traditions of innovation, but they have undermined cultures of regional self-reliance.

Interestingly, southern Queensland and northern NSW/New England were the only places in Australia where Social Credit gained traction, underpinning one iteration of the New England secession movement of the time. The League of Rights adopted the idea and it echoes down rural politics today — one reason why Barnaby Beetrooter was babbling about usury and US default during his hilarious turn as shadow finance minister.

But, the western provinces won’t be seceding, not least because British Columbia, centred around hipster Vancouver (God I love that city, hmmm I might move there, why haven’t I already?) ain’t going, which would mean no port. And because of course the whole idea is crackers. For the moment.

But the renewed chatter of secession reminds one — if reminder were necessary — that the modern nation-state, federated or otherwise, the child of the railway and the telegraph, is coming to grief as its corporate and culture elites centralise power and regionalise poverty and exclusion.

The US has no legal secession process, otherwise it would have come apart by now; Canada’s, I kid you not, Clarity Act, allows secession, but only with the full nation’s permission — including the separate permission of the convoked First Nations (why don’t we all live in Canada?).

In Australia, secession requires permission of the other states. Queensland, just ask. Just ask. The answer’s yes. Curse of a goddamn single continent: we’re stuck with each other.

Whether Canada is, we’ll find out, as Alberta’s proud cry — “Liberty! If it’s alright with the rest of you!” — rings out across the prairies. 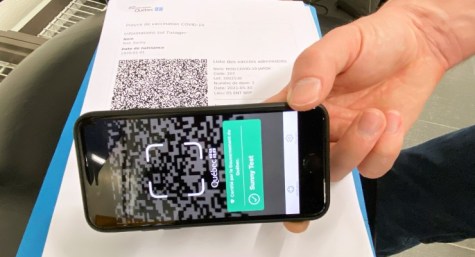 Poll-bound Canadians at sixes and sevens over coalition concept

“a clear shift leftward in Quebec” – hmm, not so sure about that. The Quebec Bloc won back support by moving away from separatism and the Parti Québécois, which is genuinely left wing, and closer to the governing party in Quebec, the Coalition for Quebec’s Future, which is nationalist rather than separatist and much more centre-right. And it won seats almost entirely from the Liberals and (especially) the NDP, rather than the Conservatives.

Well, separatism per se isnt leftist. I think quebec politics is still to the left of liberals overall, even if to tge right of the PQ

I always thought it was WA that wanted to secede. We don’t want to secede, we’re having too much fun stuffing up the rest of the Commonwealth with our right-wing reactionary politics especially regarding climate change and the democratic right to peaceful protest.

Exactly – Wexit is for Westralians, Queenslanders can invent their own term!
But what I think the article, WA’s experiences in 1933-35, and even the British example now, shows is that getting into some sort of supranational federalist entity is the easy bit, getting out is very difficult. The USSR example would suggest it can only really happen when central authority falls apart, although perhaps Singapore and the Czech/Slovak examples suggest that it can be done with conflict if there’s a genuine will to negotiate.

The present PM of Canada’s father compared living next to the USA as being in bed with an elephant. One lived in fear that the beast might roll over. If anything, things have gotten worse since Pierre’s day. The threat and the fear remain. It is difficult to see the country surviving in its present form. The big issue will be what takes its place.

“…the modern nation-state, federated or otherwise, the child of the railway and the telegraph, is coming to grief as its corporate and culture elites centralise power and regionalise poverty and exclusion…”

Sneaking up on the blindside though are rapidly-evolving technologies, methodologies and incubators of hi-qual counter-decentralisation, like integrated utilities, exponential 3D printing, circular economies and – if you peer past the nastier impulses – an acquiring taste for (gated!) communities/devolution/separation-ist cults. When the grid’s become decadent with ticket-clippers intent on destroying the old world anyway, drinking your own wee and local-only TV drama (*grimaces*) presents as not just plausible but proposable.

As an aside, I want to take this opportunity to acknowledge Guy’s ability to dash off an article like this with both depth and breadth and also sparklingly connected to the issues, impulses and currents of the day. Every time Guy does this I think “… and he has another hundred or two tours d’horizon like this on the back-burner”.