The landmark ruling that will shake up the class action industry

The shareholder class action industry has finally had a day in court. But in the end, the judge simply said what everyone already knew...

In the case of TPT Patrol v Myer Holdings Limited last week, Justice Beach was 22 paragraphs into his 1721 paragraph judgment when he thanked both senior counsel for “plummeting the depths of statistical theory”, adding that he “was not completely convinced about [Norman O’Bryan SC’s] knowledge of heteroskedasticity”.

Heteroskedasticity is the circumstance in which the variability of a variable is unequal across the range of values of a second variable that predicts it.

It’s a workable metaphor for the 386 page judgment on the viability of market-based causation theory. Not many will read it, but two societal sectors have taken extremely keen note of what they think it said: corporates and lawyers. Hundreds of shareholder class actions have been filed in Australian courts, but this was the first to reach a final judgment.

The judge sprung a surprise that I don’t think anyone really saw coming, or at least had priced into their risk models. But first, the facts.

The plaintiff’s case was that Myer, through its then CEO Bernie Brookes, had lied about its profit forecast. In September 2014, Brookes was out publicly saying that its 2014-15 profit would exceed the $98.5m the company had earned the previous year.

The reality was less rosy. In March 2015, Myer announced to the Australian Securities Exchange (ASX) that it was expecting the profit figure to be more like $75-80m, triggering a 10% plunge in its share price.

The class action was brought on behalf of anyone who bought Myer shares after September 2014 and was still holding them in March 2015. Their loss, reflected in the reduction of the value of their shares, was allegedly caused by Myer’s misleading statements about its profit forecast, and its failure to correct them during the intervening nine months, despite the company and its board being constantly updated with increasingly grim information about the real position.

In legal terms, this conduct was in breach of provisions of the Corporations Act, which prohibits misleading or deceptive conduct and imposes continuous disclosure obligations on listed companies in relation to price sensitive information. 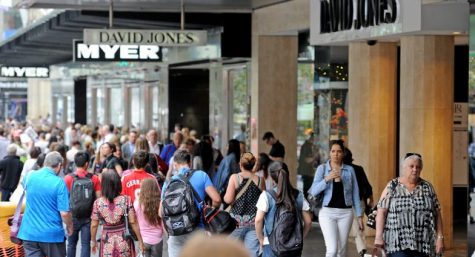 Justice Beach found that Myer had, indeed, broken the law. Bad behaviour, however, does not a damages payout make. You also have to point to a loss, in a way that pins legal responsibility on the wrongdoer. The judge found that no such loss had been proven.

In shareholder actions like this, it is not necessary for individual shareholders to prove that they personally relied on the misrepresentations in the classical formulation of “if I hadda known the truth, I woulda never paid that much”.

This is where “market-based causation theory” comes in, positing that the market for the shares is moved by what it hears, as a whole, so that each shareholder who buys in on an inflated price is as much a victim as if they’d been lied to in person.

Assuming that the market had bought Bernie’s line, then the price for Myer shares between September 2014 and March 2015 was higher than the truth about the profit forecast would have dictated.

But — and this is what should be worrying plaintiff lawyers and litigation funders — the market wasn’t that naïve. The judge’s conclusion was simple: “the market price for [Myer] securities at the time the contraventions occurred already factored in [a profit] well south of Mr Brookes’ rosy picture painted on 11 September 2014. In other words, the hard-edged scepticism of market analysts and market makers… had already deflated Mr Brookes’ inflated views.”

It didn’t matter that Brookes had been trying to pump up the market, nor that Myer had failed to correct the record until months later. None of that would, or ultimately did, have a material effect on the share price because the market already knew that Myer was in the shit and didn’t believe its spin.

This is not to say, and the judge didn’t, that an individual shareholder could not still prove that they believed the lies and lost their dough. That remains open to share buyers if they can establish reliance.

However, one of the central premises of the class action industry, which has underpinned the settlement of so many claims before trial, is now a lot more fragile than has been assumed.

Justice Beach has driven a truck of common sense through the class actions market place, shattering the promise of easy pay-days every time a listed company is caught out making promises that turn out to be insufficiently justified.

The judge simply said what everyone already knew: that the share market is deeply cynical and far better informed than the punters on whose money it relies. It can smell bullshit a mile away, and it prices it in.

Myer over-priced as shareholders find out the hard way

Myer is My Disaster: can anyone save the ailing retail giant?

Thanks Michael for another article simplifying the long winded complexities of a case. Anyone buying shares in a dubious sector like department stores on the basis of one profit forecast needs their head read. Fewer rent seeking class actions like this will be a good thing.

Shares don’t just gyrate in isolation but often as part of the broader market movements. This is a good thing as it allows the patient to buy shares in good companies at periodic discounts.

There is also dynamical theory mathematics considerations which says that all sorts of physical and non physical things fluctuate simply because they can.

Thanks for that one Michael. Sounds like a word for statisticians making up crap and giving it a veneer of respectability.