In one week Extinction Rebellion went from a group of fringe activists to a household name. This is how they became the biggest story in the country.

From 6am on the first morning of the Spring Rebellion the phone hardly stopping ringing. In a single week of action earlier this month, Extinction Rebellion (XR) went from being a fringe activist group that had only received minor coverage in Australia to becoming a household name.

I was working in the Victorian media team, and there were teams working in similar capacities all over the country. The truth is we had been preparing for this moment for months.

We knew from the start that it was likely to be big news. XR activists had organised a week of non-violent actions all over the country and we sensed the public mood was shifting in our favour.

The potential was there for this to be a huge story — but would the media bite? 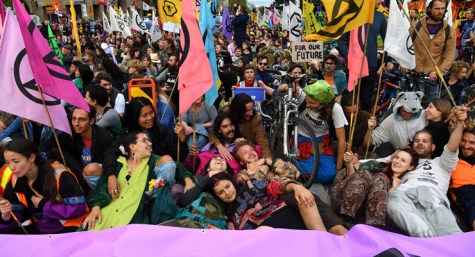 For months before the week of action, we worked hard to identify and develop talented spokespeople to ensure they were across the key messaging and demands of XR. We encouraged them to incorporate their own personal stories into the narrative to humanise the movement and add emotional resonance. As a decentralised movement, our aim was never to control the messages coming out, but rather nurture activists’ existing talents.

This became invaluable to break the stereotypes. We wanted to show that we weren’t crusty hippies but professional working mothers, construction workers or elderly people who had never protested before. Communicating through encrypted messaging systems, we tried to match each interview request with the best possible spokesperson depending on demographic, sensitivity and expertise.

For the most part, it worked.

When we put out the first media release prior to the start of Spring Rebellion we provided editors with a smorgasbord of actions to choose from throughout the entire week. What we didn’t expect was that all channels of media including radio, television and newspapers were going to follow us as closely as they did throughout the entire week — we had full media engagement.

In Melbourne, morning shows like Sunrise and Today arrived at the protest camp in Carlton Gardens as early as 5.30am to do interviews. We spaced out the arrestable actions throughout the week to sustain the media interest, starting with 10 arrests on day one on the corner of Swanston and Flinders Street, followed by a “swarm” actions over the next days around the CBD.

By Thursday, we upped the ante and protesters simultaneously blocked Kings Bridge and the intersection at Spencer and Collins Street, using lock-on devices and glueing ourselves to the road. We co-ordinated creative actions that provided great photo ops such as the “civil disco-bedience” and “last supper of the coal barons” outside the NGV.

At week’s end, 111 protesters had been arrested in Melbourne alone. This was one of the largest and most coordinated weeks of civil disobedience ever carried out in Australia.

Not surprisingly, despite the fairly even-handed newspaper and online coverage, commercial TV and talkback radio were mostly negative. The actions were described as “chaos” being orchestrated by “anarchists”. Some TV journalists filed nightly reports in which they would ignore the mixed public responses to XR actions and simply interview the most hysterically aggressive critics from the streets.

Despite some surprisingly even-handed early News Corp coverage, by the weekend the knives were out. The Australian editorialised in its flagship Saturday edition: “Rebellion exploits fruit loops in search of a cause”. The following Monday the Herald Sun ran with a front page decrying the “$3 million protest bill”.

Ultimately, none of the negative coverage really mattered. XR had not only disrupted traffic, but also seriously disrupted business as usual in the media. Our social media and video teams had been countering the negative coverage directly to our own supporters — and it appeared to have worked. By Thursday (day four) we had a significant turning point: The Age carried out a readers’ poll of more than 160,000 readers that found 85% of the public supported XR.

We had succeeded in becoming the biggest story of the week, which means we succeeded in alerting millions of Australians to the urgency of climate emergency. XR’s membership has since sky-rocketed and early media analysis shows we had in excess of 19,000 media mentions — the type of mass coverage advertising boffins can only dream of.

Now that XR has the attention of the public, we need to deliver the core messages: that climate change and biodiversity loss are real and present dangers, that now is the time for our government and the general public to act.

What are the next steps for Extinction Rebellion? Send your thoughts to boss@crikey.com.au. Please include your full name for publication.

James Norman is a Melbourne-based writer, editor and media adviser. He worked on the Victorian media team of Extinction Rebellion. 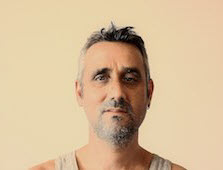 James Norman is an independent journalist, editor and media adviser. He worked on the Victorian media team of Extinction Rebellion. 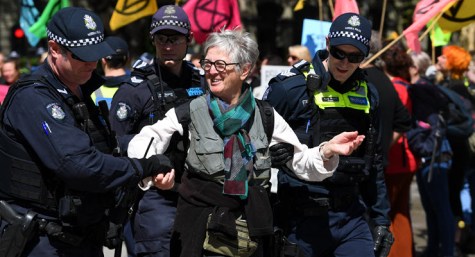 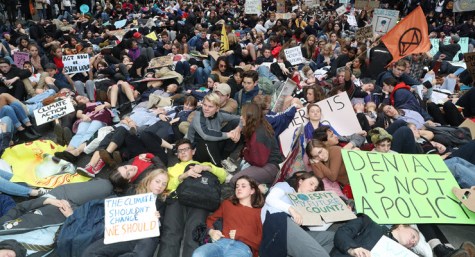 XR, by its very nature, is going to attract Froot Loops, just as it appeals to ambitious young “media advisers”. But, while I’m sure you did a Very Good Job, the reason for the success of the movement is its first principle – to face the grim truth that our extinction is not just possible but probable. And to feel the grief for the lives that will be lost. To take action, not in anger, but in grief.

Just a reminder that hippies can be working mothers, builders and many are now elderly. I’ve never really got the crusty bit.

Anyway, nice work and keep it up. The shrillness of the Murdochracy and morning tv head bobblers is a sign of cut through and success. Be proud.

XR would be such a magnet for undercover cops though. And way to go making the climate movement look like inconsiderate and irresponsible, which is the opposite of what we are about. Whoever came up with the concept has done a brilliant job of buttering up sincere activists to get them to perform the heroics, but unfortunately it’s not winning over the mainstream which is what we need to do. If you alienate swinging voters then you’re part of the problem. But all publicity is good…??? You might say? No. You’re making it easier for the RWNJ commentators on Sky to say “run them over” and for some members of the public to think that’s ok now. Have a look at what activist legal team Green and Black Cross in the UK said about XR there. They won’t work with them. Maybe XR is a trap.