While the government squabbles over who gets the credit for handouts to farmers, farmers themselves are calling for an end to ad hoc policy that discourages preparedness for drought.

While the focus of Nationals MPs in Canberra yesterday was how to better get credit for drought relief and other forms of agricultural support, the National Farmers Federation (NFF) was issuing a draft national drought policy warning that climate change would make drought worse and stressing the need to prioritise “objectives and outcomes that enhance long-term preparedness, sustainability, resilience and risk management for farming businesses and farming communities”.

In question time, the prime minister continued to insist that there was a national drought policy and he was implementing it, despite the NFF offering six reasons why in fact there was no policy, including big differences in drought measures in different states, the “absence of a coordinated approach to drought preparation and management” and the ongoing announcement of ad hoc drought measures “that can undermine drought preparation and resilience”.

Ouch — the very handouts that the politicians are squabbling over the credit for are actually undermining our capacity to deal with drought.

But farmers have been saying that for years. They said it to the Productivity Commission (PC) when it examined drought policies a decade ago. “Efficient farmers who save and invest off farm are penalised, whilst farmers who waste money [and] spend everything get more help,” one told the PC.

“The same producers are queuing every time assistance is offered which proves there is no adapting to seasonal variability … those of us who have embraced new technology and diversification are excluded,” said another.

That’s why the PC urged a switch in the focus of drought policy to funding preparedness and resilience. The practice of governments providing interest rate subsidies to farmers came in for particularly harsh criticism from both the PC and farmers; they “promote ‘worst practice’ farming i.e. to overgraze and overspend in good times, knowing the criteria for subsidy will be met in the drought,” said one farmer. 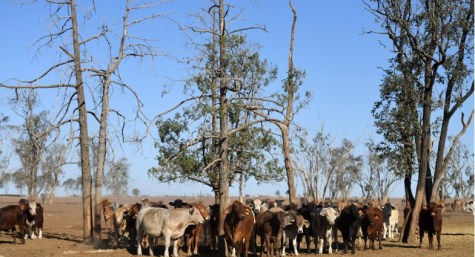 Interest rate subsidies have now been ended, but something almost as bad took their place: concessional loans to farmers. The PC criticised those too — they encouraged farmers to take out loans that wouldn’t otherwise be justified commercially, though they weren’t as bad as straight handouts.

The PC thought concessional loans shouldn’t be expanded any further, but that’s exactly what Barnaby Joyce did when agriculture minister; indeed, he set up a concessional loan bank for farmers, called the Regional Investment Corporation, for pretty much anything — including managing through and recovering from drought, not just preparing for it. It’s currently offering loans for 3.11%, well below what a small business could borrow on a loan secured by the owner’s house.

The NFF wants concessional loans expanded further and the application process made even easier. In fact, despite its emphasis on funding preparedness rather than rewarding unpreparedness, its draft policy is heavy on handouts. It wants further “improvements” to the recently expanded Farm Household Allowance, expansions in irrigation infrastructure funding (another bugbear of the PC, which has repeatedly criticised irrigation handouts as wasteful), and rates relief.

It also wants to expand the Farm Management Deposit (FMD) scheme — which got a guarded endorsement from the PC — to pretty much anyone in a regional town. Barnaby Joyce already, notoriously, expanded that scheme, which allows farmers to deposit income in a tax-effective savings fund in good years to draw down on it in bad years.

You’d expect during a drought as serious as this one the amount of money in FMDs would fall. But the most recent statistics show that funds in FMDs reached a record level for September 2019, up more than $200 million on September 2018.

Indeed, to its credit, the NFF, citing data from the Australian Bureau of Agricultural and Resource Economics, acknowledges that the agricultural sector generally is doing very well despite the drought. “Although Australian agriculture is exposed to significant risk, with climate presenting the most significant production risk, the Australian farm sector has experienced sustained growth suggesting that farm businesses are largely dealing with risk successfully and sustainably,” it says.

As the PC noted back in 2009, the majority of farmers never need drought assistance — less than a quarter of farms were receiving assistance during yet another “worst drought on record” in 2007-08.

That merely adds to the air of unreality about what’s happening in Canberra, where the struggle is to claim credit for propping up the least efficient, least responsible parts of a successful industry.

Do you think Australia needs to redraw its approach to drought relief? Let us know your thoughts at boss@crikey.com.au. Please include your full name to be considered for publication.

Abbott’s drought relief: back to the age of entitlement for farmers 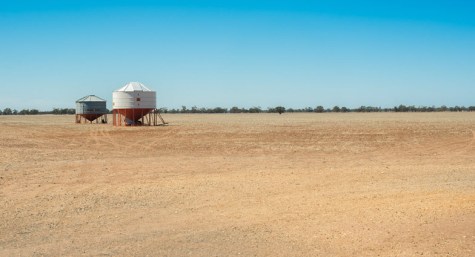 The mining big buck donations keeping the Nats afloat wont allow them to recognise climate change or at least admit to it, they would rather destroy their kids/grandkids( and ours) future for a few dollars, and stupid rural people still vote for them, after what they`ve done to the dairy industry should be enough to see them turfed out of office let alone the murray basin water theft corruption.

“Efficient farmers who save and invest off farm are penalised, whilst farmers who waste money [and] spend everything get more help”

There it is in a nutshell. Despite his countless failings and stuff ups the Beetrooter is right suggesting farming may not be for everyone.

The greatest good for all and particular farmers isn’t endless handouts ad hoc or not. Recent reports suggest not surprisingly that the big subsidies are going to the well connected and corporates for private dams and irrigation.

We are lurching into a national emergency. It’s beyond drought relief, unviable farms and farming and all the bits of the problem. We cannot continue to use land and water the way we do. Farmers and graziers are part of the solution and so is science, indigenous knowledge and brilliant strategists and policy makers. Regional cities and towns in NSW are running out of water. There needs to be some kind of structure put in place to bring all the knowledge, skills and reason together to deal with this. Morrison refusing to join in a multipartisan approach to cope with this and plan for the future is treasonous. Seriously, the survival of the country into the future depends on dealing with this now. BTW, in his maiden speech in 2008, Morrison denigrated the desal plant that had been installed in his electorate. He hasn’t changed and now he’s running the country.

The PR spiv that is Morrison gets his mush on the evening news in an empty dam or holding a handful of dirt in a drought ravaged landscape. He’s done his bit and convinced millions of Australians, who pay little interest to politics, he’s a good bloke!
Richo once said the mob will always suss you out eventually. Well, I hope they work this bloke out soon because he believes in the biblical ‘end times’ and the coming ‘rapture.’ He’s dangerous; no science please, just mythical Middle East mumbo jumbo.No hard facts, just blind faith. Him and his honchos have been praying for rain since February………..

I’ll start to pay attention to ‘farmers’ when they start pushing for an end to land clearing and a start to real revegetation. Until then it’s all bull dust and they will have more and more of that as the payoff for decades of utterly stupid land clearing and profligate water use pays off for them.

Now if I go and purchase some really cheap land on the edge of the Simpson Desert and set up a dairy farm operation with a few cows to qualify, do I qualify for government drought relief? Absurd you might say but this is where we are at, a hell of a lot of farms in western NSW and QLD might as well be in the desert, they are no longer viable for grazing or cropping in this era of global warming. Time to admit that certain regions are no longer farmable. So we need to look at government support for farmers to either leave their land or preferably to stay on working to rehabilitate native flora and manage feral pests and weeds in conjunction with local indigenous experts and environmental organisations such as Bush Heritage who do this stuff every day!

Hey but what chance of that happening with this dysfunctional mob in power?