The News Corp columnist is adept at manufacturing outrage in Australia, but can she make a similar dent in the US punditosphere?

Miranda Devine is four months into her American gap year filing columns for the New York Post. But so far, the conservative commentator has failed to command the same influence over an American audience as she does at home.

Devine — known for, among other things, her obsessions with gender identity and the persecution of white farmers in South Africa — has continued to push popular conspiracies and mis-characterisations, only this time with US audiences in mind.

She has tried to discredit Greta Thunberg for taking “literally what irresponsible adults have told her, that the planet is going to end in 11 years…”, and likened the 16-year-old to a “totalitarian dictator”.

She retweeted George Papadopoulos’ suggestions that Alexander Downer was some sort of spy.

And just last week she called The New York Times a “woke citadel of militant secularism”, because it published a column criticising US Attorney-General William Barr’s recent speech that blamed America’s problems on the decline of religious values.

Crikey took a look at how Devine is tailoring her pro-Trump commentary for the Post’s blue-state readership, and whether her columns are making much of a splash in America’s over-saturated market.

Make it Trump, but woke

In moving from Sydney to New York for News Corp, Devine is following the footsteps of Murdoch lieutenant and former Post editor Col Allan, who went from the Daily Telegraph to the Post — recently returning to the latter as a consultant.

Vanity Fair reported Allan’s new role at the New York Post in February this year, which one insider said was to deliver pro-Trump content in a way that didn’t alienate its largely liberal New York readership. Apparently, Allan understood that “if you’re talking to a New York audience, you can’t go full MAGA. You have to be strategic about how you do this. You can’t just be all Fox News”.

She responded to Thunberg’s UN speech by accusing “eco-catastrophists” of child abuse for “terrifying children with exaggerated stories about the threat of climate change”, and is a clear fan of first lady Melania Trump.

She criticised the book Melania & Michelle: First Ladies of a New Era for “pitting two women against each other”, but didn’t hesitate to do the exact same thing a few paragraphs later.

“Michelle Obama was a fine first lady and deserves plaudits for writing a bestselling memoir since. But her school lunch interventions showed she was an elitist nanny-stater at heart. Melania has not committed the same errors of arrogant overreach. She has the humility to understand that she is not the main game.”

The Face of the Climate Armageddon movement is female, fierce and barely pubescent. Come to think of it, even Squad member Representative Alexandria Ocasio-Cortez tries to emulate the teenage vibe with her girly voice and rising intonations, something most 29-year-olds have left behind long ago. Senator Kirsten Gillibrand has the same sort of girly affectation at the ripe old age of 52.

A shout in the void

Devine’s commentary continues to make more of a splash back home than in the noisy US media landscape.

Pieces attacking Republican Mitt Romney for being too liberal and slamming Elizabeth Warren’s “war on men” have been mostly shared within pro-Trump Facebook groups, like “Deplorables for Donald The Titan Trump”, “Democrat is the new Communist”, as well as “The Silent Majority”, a page with more than 500,000 followers.

Conservative Twitter users — including Australia’s own Lyle Shelton, and former New York police commissioner and author Bernard Kerik — also appear to be fans of her most recent columns.

But one of Devine’s columns didn’t go unnoticed: Media Matters for America and Mediaite accused Devine of racism after she broke free from appeasing her “blue state” audiences and told Fox News that Trump’s nickname for Elizabeth Warren — “Pocahontas” — was a “brilliant” move.

Perhaps, if she continues to go far enough, Devine’s thoughts will attract the kind of outrage in Trump’s America that she gets at home in Australia. 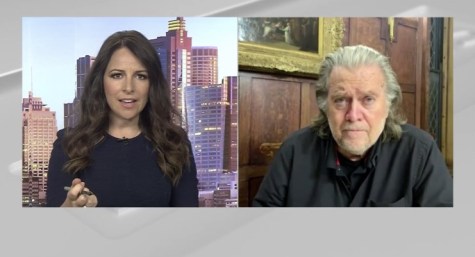 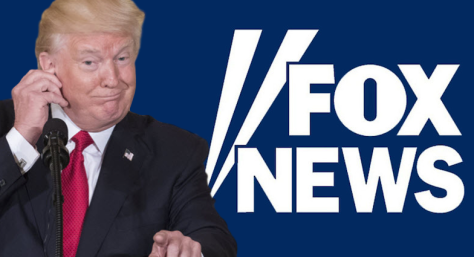 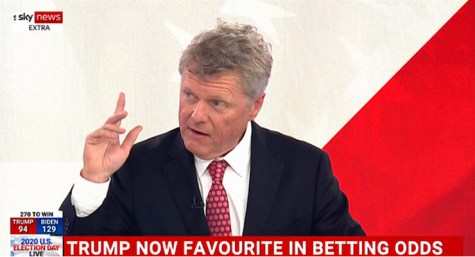 I’m in favour of them keeping her

I agree Mike…she is a disgusting piece of sh++ we can do without!

Me too Mike Smith, maybe they’ll get as well truly & sick of her as a majority of Aussies are…

She’ll be right out of her depth in the bottomless pit shit stakes that she deals in..The USA does it so much bigger and better ..Naaah ,the proverbial provincial backwaters of Oz is about the only place she’s got a chance of making a rainbow spray splash..

Miranda Devine’s New York Posting is a reminder that Australia too, can export toxic waste.

Of course, the world isn’t going to end in 11 years. But the window to prevent the climate deteriorating so severely that the survival of a large part of the human population is in jeopardy is around 11 years. Significant action, not just a 26% reduction in 2005 CO2 emissions by 2030, is needed in the next 11 years.

I felt the Earth move when I read this.

Devine et al disgust me. Think about it. Everywhere News Corp and other mogul-owned media (London Daily Telegraph, Daily Mail) still operate and influence on a large scale, the aim seems to be to divide society, to enhance divisions, to pit people with differing views against each other. To pave over the common ground and erect a razor-wire topped wall. Their war on those on “the left” of their wall, on even the most moderate of progressives, is absolute. The language they use to target and tarnish “the enemy” on the left is extreme to the point of violent. It is a relentless campaign of saturation bombing on around half of Australia, half of the UK and half of the US – on their fellow Australians, Brits and Americans. I’m hunting around in my head for the moguls’ motivation. Conflict was always the No1 news “value”. In this digital age where the traditional press has struggled to survive, is this generation of conflict in populations a deliberate, commercial strategy, with no thought to the societal consequences of encouraging tribalism? Well, whatever the motivation, the media moguls wouldn’t be able to implement this or any other strategy deleterious to humankind without their willing lieutenants.