Lebanon has been forced to endure years of austerity, poverty and unemployment. Its people have had enough.

I grew up in Tripoli, Lebanon, in the 1990s. I remember seeing mothers begging in marketplaces while clutching their babies, and dirty-clothed street kids selling gum or polishing shoes. I remember intermittent electricity, rubbish dumped on streets, broken traffic lights, crumbling roads and bullet-ridden buildings.

That was almost 25 years ago, but the endemic poverty in Lebanon has persisted. Hardly anything has changed. It came as no surprise when pictures of mass protest against the Lebanese government popped up on my TV.

The continuing protests are in response to recent austerity measures, including a WhatsApp tax (which would give Lebanon access to an $11 billion pledge by international donors). But there’s more to it than that. The protests are a consequence of the seething anger and long-standing disenchantment with the dire economic situation in the country.

Unemployment and debt are sky-high, council services are basically non-existent, state medical services and education are extremely underfunded and corruption is rife. Getting a job — especially in any government department, including the army and police force — generally requires a wahsta, a connection.

The wahsta system is a form of clientelism which was left intact after World War II and has its roots in tribal tradition. Even though Lebanon adopted a laissez faire open market system, clientelism ensured that the political and business elites (or zu’ama) continued to benefit. Protesters are now accusing politicians of stealing and plundering Lebanon’s wealth for the last 30 years.

After Lebanon’s independence in 1943, the country became the centre for finance and trade in the Middle East. Foreign investment, a strong banking sector, and European political and economic ties had ensured Lebanon’s relative economic success and stability up until the civil war in 1975. As Toufic Gaspard points out, Lebanon was the only laissez faire economy of the developing world during this period. But the system did not stand the test of time.

Reconstruction from the civil war began in the early 1990s, but internal political tensions between political blocs, and external tensions with Israel, always kept Lebanon at the precipice. In 2006, a 33-day war broke out between Hezbollah and Israel, exacting a heavy toll both in casualties and infrastructure.

Then, just five years later, Syria was enveloped in its own civil war. A massive influx of Syrian refugees poured into Lebanon with current estimates at 1.5 million (almost a third of the Lebanese population). Lebanon also still houses thousands of Palestinian refugees, which has also put pressure on the government. But it does not adequately explain Lebanon’s failing economy. The economy was failing before the Syrian crisis and the 33-day war.

Many Lebanese people in Australia have extended families in Lebanon who are bearing the brunt of its struggling economy. It’s common to hear that a cousin with a great education can’t get a job, or that they are trying to emigrate. Desperate to join their family in Australia, many are stuck in a country that could be described as a failed state.

On Sunday there was a Lebanese solidarity protest in Sydney’s Martin Place. Social media has been overflowing with images and videos of Lebanese flags in Beirut. Some of the Arabic hashtags read “Lebanese uprising”, “revolution”, “all government must go” and “time for accountability”.

Politicians have generally been responsive. Lebanese Prime Minister Saad Hariri gave his government 72 hours to come up with solutions. The reform package the Hariri government introduced has since been rejected. Some ministers have resigned.

These protests can’t be brushed off as sectarian politics; they have been driven by all sectors of Lebanese society. The protesters have zero trust in the establishment and have been silent for way too long against the black hands of Lebanese politics. It’s time the Lebanese people were able to put some food on the table. 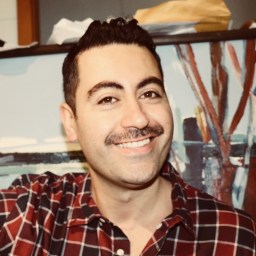 Daniel Sleiman is a freelance writer and radio producer based in Canberra. 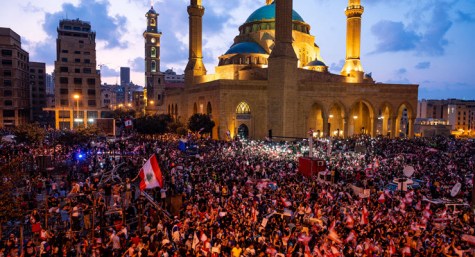 Lebanon: a broken state, a resilient people and a need for accountability

So much protest the world over. What’s going on? Seems to me that two issues are crashing together and creating turbulence, protest and ultimately violence. They are lack of trust in governments and unprecedented inequality across populations. Even the Hong Kong protests have an inequality element to them. Time we all woke up to more than just climate change emergencies; lack of trust in government (fuelled by the political class) and gross inequality (fuelled by the billionaire class – with a discernible crossover into politics) also threaten our comfortable lives and our complacency.

Class war, my friend, global class war by the filthy rich against us the 99.9%. Driven too, by their anxiety to loot the world to engorge their Bacchanalia before global heating burns it all.

Ruling class warfare against the 99% is the central cause of today’s social dislocation and political protest. Most parents want their children to have better lives than their own. National and global ruling cliques want a better future only for their own children, paid for by everyone else’s.

One of many means is to offload cost and risk from business and government to the individual and household – from those most capable of bearing cost and risk to those least able to do so.
“Economic growth” is what they want and talk about, because they have arranged matters to ensure the 1% pockets almost all the gains – and arranged such as Labor’s class traitors to ensure nothing really changes.

Contrary to the mythology, the Fall of the Wall lost us only the only realistic means of losing our chains. In its place, we were sold and eagerly bought the myth of a benevolent capitalism, the best mass-media-created delusion that money can buy.

Aspirationals – Cheating’s heroes, those deluded into thinking that capitalists willingly share their wealth – are now well and truly another endangered species. Class division into a world controlled by a small but money-centred ruling class versus a much larger proletariat is as completely real today as it has ever been. Capitalism won, Socialism lost, and so therefore did any real prospect for human survival.

Debt serfdom of Greece is a stark reminder of the brutality of today’s West towards its own. Greece was suffering a blockade in its way as brutal as that imposed by the Zionist state on Gaza, for even less reason. Though the “bailout” officially ended in Aug ’18, conditions attached ensure that it is not the end, but only the end of the beginning.

Over 90% of the €240 billion “borrowed” by “Greece” (the Greek people were never consulted let alone permitted a veto) went directly to financial institutions, to save French and German financial institutions. Moreover, Greece’s primary surpluses since 2013 mean that paying billions in bankster debt has abrogated the supposedly most basic duty of a nation, to look after its citizens.

Millions whose lives were destroyed counted for nothing, not to the politicians, not to the international media. No doubt why former Greek finance Minister Yanis Varoufakis is wont to talk of Macbeth’s conclusion after successive murders that he was “in blood stepped in so far” that it was now easier to carry on with the mayhem than to stop.

Greece would have done better to have left the Eurozone. It was always the aim of Germany to exploit EU membership to eliminate the threat of low Greek/Spanish/Portuguese wages. As with the rest of the Europe, the masses were brutalised to serve the ideology of the economists fully-owned by the usurers. Cutting public debt levels down would allow a lower premium for holding sovereign debt, then lower long-term interest rates that meant a return to growth. Keynes rubbished this agenda to enrich the richest in his great 1936 work “The General Theory of Employment, Interest and Money”.

Cuba – a state socialist country – has now survived an American embargo for half a century. It is better placed to survive Limits to Growth and Anthropogenic Climate Change than many other and richer countries.

Lebanese are being sensible. We still have too much to lose to copy them or the Hong Kongers.