Journalists have one tool to pressure governments into reversing their attempts to punish unauthorised leaking: stop reporting authorised leaks.

Congratulations to the mainstream media for working out that Australia has become a police state where governments, and their powerful friends and donors, suppress embarrassing information under national security, defamation and corporate law and suppression orders. Even News Corp, which has cheered on the relentless extension of national security laws at the expense of basic rights.

The recent history of national security laws across the Western world, however, is that they are very rarely rolled back. 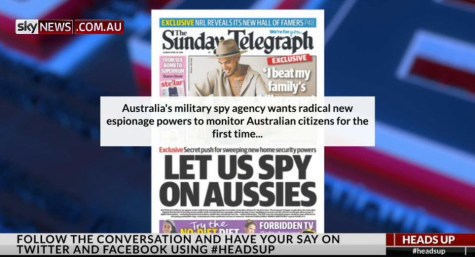 It happened in the wake of the Snowden revelations in the US, but Americans already have constitutional protections for their basic rights, and those protections are championed by right and left alike. Here, there’s a bipartisan refusal even to engage in the kinds of debates over national security laws that Americans take for granted, let alone consider restoring some of the protections removed in the 17 years since the Howard government began rolling back our rights in the name of protecting us from terrorists.

Newspapers blacking out their front pages and appearing before committee hearings won’t change that. And it certainly won’t get voters to start taking the issue seriously.

Australians, without any political or historical culture of basic rights protections or even a language of how to describe them, are entirely apathetic; journalists are no better regarded than the politicians they report on. A bill of rights might change that, given time, but in Australia, inexplicably, the kind of rights framework that unites Americans is treated as a partisan issue.

So what could the media do to force governments to think seriously about restoring some of the basic protections lost in recent years? There’s one tactic that will alarm and enrage federal politicians who are eager to deter, and punish, unauthorised leaks: stop reporting authorised leaks.

For every unauthorised leak, or act of whistleblowing, that exposes misconduct and failure within government — whether war crimes in Afghanistan, illegal spying in Timor-Leste, misconduct within the ATO, abuse of asylum seekers, NBN’s failed rollout or proposals for more spying on Australians — there’s an authorised leak designed to serve the government. This can include national security information far more damaging than what prompts AFP raids. 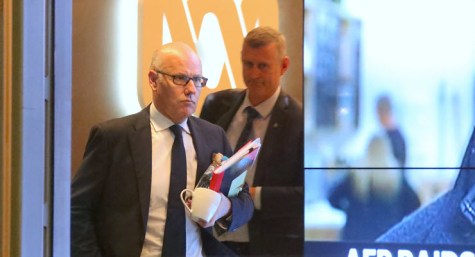 Needless to say, these leaks are never investigated; either there isn’t a complaint by a politician or public servant, or the AFP conveniently decides that it can’t investigate. On the rare occasions when the AFP is embarrassed into investigating a self-serving leak, it will never ping any culprits.

They could deprive politicians and senior bureaucrats of this insidious source of political spin, by refusing to publish them. Until the imbalance between the treatment of unauthorised and authorised leaks is redressed, they could not publish the latter.

Imagine politicians not being able to leak against their enemies — internal or in the opposition. Imagine them being told by a journalist “I can’t run that, you’re always insisting leaking damages national security and the ability of government to receive frank and fearless advice, so I best ignore it”.

Of course, that might seriously impair the work of quite a few press gallery journalists who are more like stenographers for ministers than journalists. But if they’re serious about #righttoknow, why not?

Disagree? Send your thoughts on the Right To Know campaign to boss@crikey.com.au. Please include your full name for publication. 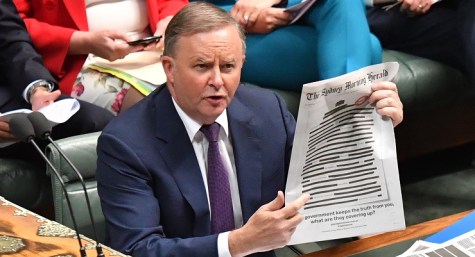 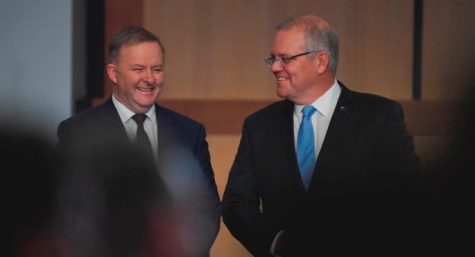 More than “not reporting leaks”, journos could just not support right wing authoritarian governments in their reporting occasionally…

Shame they weren’t so vocal when Howard and, later, Tony Abbott, were introducing draconian anti-terror laws.

I am really astonished that anyone who has tried to find anything trustworthy in any of the Murdoch media that is not wrapped with the publisher’s self interest and his lead writers’ self-aggrandising prejudices, can take the current campaign about the government trying to stop the truth being known without a dose of salt. The self-righteous anger now also parroted by the Costello media megafauna, despite the journalists who I do trust who still have a job there while their bosses raise money for the Liberal Party, surely has become a parody of the fourth estate. The arch example of this sort of publishing was not called “The Truth” for nothing…. I’d expect a bit more circumspection and cool headedness from Mr Keane than he has shown in this blah blah. Hopefully it will all pass and we’ll be back to decent journalism again, wherever we can find it. Our increasingly authoritarian government, in bed with corrupt banks and financial manipulators, water thieves and environmental hooligans, cannot be expected to deliver more. I would have hoped Crikey might have maintained its equilibrium, in the face of air to the brain.

The allegorical example of their own hypocrisy in the ludicrous examples in today’s Curry or Maul arguing “the benefits of freedom of the press”, by way of the revelations of “investigative journalism” – as put by Murdoch “After Darker” Gleeson?
“Watergate”? As if, if that happened today, there’d be the slightest possibility Deep Throat would have gone to FUX News with the same story of the corruption of a Republican PotUS? FUX’d be more likely to attack “him” for such revelations against Rupert’s Man.
The down-fall of the Bjelke-Petersen government – “engineered by the Curry or Maul”? No mention of the ABC/Masters/Four Corners/Moonlight State – or the fact that for years Bjelke-Petersen conducted the same sort of “business” right under the C-Mail’s nose. That it was only after Masters had been sniffing around for a few weeks that one Dickie was sent out – “to cover Limited News collective arses”?

I was wondering this morning, as I pondered a Guardian article about 2GB talking head Fordham and his 12 month campaign to pervert the course of justice on behalf of his wealthy mates flat out clearing land in northwest NSW, that if laws do not exist yet to prosecute journos prepared to lie for money in order to thwart our democratic processes, then a good government should create some at the first chance they get (even if a few of their own side get caught out initially).

How can our parsimonious media think they deserve to be taken seriously when they place their “freedoms” and “right to know” above that of us “simple-minded rubes” (that haven’t been to journo skool) that have to have everything digested by them before we can understand what it means?
It’s all right for the government to crimp ours : but heaven help a government that impacts their right to suppress news that they judge we “don’t need to know”.
That think the persecution of the likes of Assange, Collaery and K is in “the public interest” – as they refuse to take to task the government that has chosen to try to do everything to shut them down and scare off those that would reveal government shady activities in the future?
A media that lectures on the need for “freedom of the press” : and attacks the ABC when it reveals stuff Murdoch wishes to keep from general exhibition?
A duplicitous media, complicit with secretive, shifty government when it suits their own agenda.
More spin and opinion than news – and more than happy to indulge a government if that means safeguarding tier “scoop” access to that government.

David Crowe recently said that Parliament existed to amplify the government’s messaging, surely authorised leaking is part of the amplification process and a compliant press is the willing handmaiden. A lot of senior journos at the house depend on leaks from their sources, so any movement to shut that down is going to run up against a culture of mates and vested interests.