Can rural Australia’s fortunes be turned around?

Crikey readers discuss how to save rural Australia.

Readers had much to add over the weekend to Guy Rundle’s pitch for saving rural Australia. Many were at odds about how exactly to do so — or if it could even be done at all. One thing they could agree on: as Rundle notes, the plan has to be bold — and possibly outrageous — if it’s going to work.

David Edmunds writes: Guy suggests that the rewilding of now uneconomic farms would be a good idea. Our federal government now has an opportunity to do something in its own political interests, and that of the nation. It could implement a green new deal. Farmers who have the good luck to have wind turbines or large scale solar projects on their properties love it. They now have financial security. A holistic project that coupled some rewilding, some renewable energy projects and some water measures that do not include new dams would provide jobs to the regions, alleviate the suffering of stressed farmers, solve our energy crisis, alleviate our water supply problems and provide us with some much-needed credibility in international climate change fora. I bet they don’t do it.

Mark Dunstone writes: It might also be added that the agriculture sector pay net negative taxes, and that much of their welfare is without the usual means testing ensuring there is a genuine need, and the demeaning and shaming processes to discourage a sense of entitlement of city and poor regional people. For example, I know of one cattle station in western Queensland that received a $50,000 welfare cheque from the federal government last year as “aid” for cattle lost in floods. They didn’t apply for it; the cheque just turned up in the mail. They didn’t lose one beast. Compare that to the treatment dished out by robo-debt.

Frank Dee writes: Start by reintroducing the water license buy-back scheme. Earplugs may be needed to avoid being deafened by Barnaby’s screams of outrage. Introduce a water auditing scheme for big agriculture, and insert earplugs again. Remind the neolib Greens of their purpose; to be an alternative to the major parties and to champion the environment and the underprivileged. 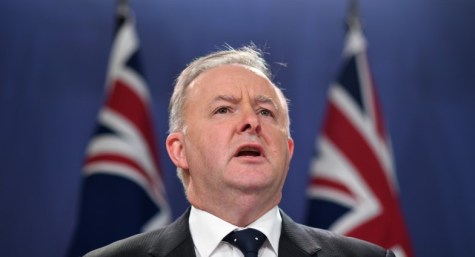 Will Labor find its vision?

For farmers, drought not the most dangerous predator on the horizon 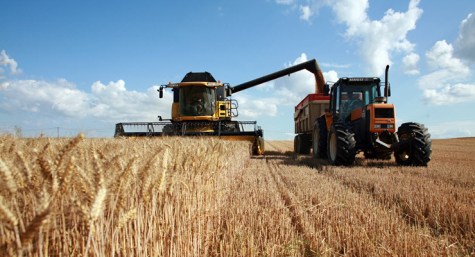 This is a good case for a Party of the Poor, to represent the rural and urban poor and marginalised. Guy declares it should be ‘left populist’. But why?

Surely such a party would oppose both right and left elites who have ignored the rural and urban poor. Why ditch the right elites in Collins St but hold on to the left elites in Spring St? Creating a voice for the poor means dropping the habit of thinking notions of left and right are still meaningful. It’s clear that many are prepared to acknowledge the death of these notions, but simultaneously cling to them. This is, after all, what keeps the rural and urban poor marginalised – many in the Mallee still cling to the National Party, as many in Sunshine still cling to Labor, to the manifest relief of the Collins St and Spring St crowds. Learning to let these attachments go, on right and left, is essential for any change.

to add to my weekend comment about broad acre farming in such a margin climate and soils this country allows
read ‘a short history of progress’
humans have great ‘form’ in leaching/trashing enviroments , and then moving on
now there’s no where to go

While various issues affect the performance of an industry, ensuring a minimum size through tariffs and other protections is essential for an industry base to exist. As the AWU noted “in order to invest in and implement innovative change, firms must survive … you can’t innovate if you’re dead.” Dairy deregulation has so far sent two-thirds of Victoria’s dairy farmers off the land.

We therefore need active government involvement in agriculture, both through Government Business Enterprises (GBEs, such as Australian Wheat Board as was) and the supply of policy and capital. KPMG itself has acknowledged that “Fragmentation has hampered [agriculture’s] ability to address and progress important issues in a cohesive manner.”

Production cooperatives (meaning a good wage, superior services, and government investment) would also be much superior to the ruthlessly exploitative family farming model. Maximising social as well as economic returns are good reasons for a collective approach including but not limited to public funding of cooperatives for such new ventures. It would be as much about farming in different ways, with new and different crops and livestock mixes, as it would be about operating existing groups of farms more effectively.

Business as usual – such as an obsession with family farming – means most farmers going broke. Granted, that has been the aim of the NFF and PGA for decades, and remains so. Starting with Mudginberri, the Rabid Right painting workers as farmers’ enemy has been – and remains – enormously rewarding, except to both.