Dylan Howard has threatened defamation action, and Amazon are running scared. It's an interesting move from someone who's made a career trashing other people's reputations.

“Ozzy Osbourne’s ex-lover breaks silence about their secret affair”, shouted the first headline I encountered on the home page of The National Enquirer last night. So you know what kind of publication it is; the kind that leaves you with a residue of the stuff that drips off its pages. Truly tabloid, and not in a good way.

The National Enquirer also happens to be one of the media organs overseen by Dylan Howard, vice president and chief content officer at American Media. Howard, Aussie boy done good, used to be a reporter for Channel 7 before moving abroad and building his career in the tough tabloid schools of New York and London.

Howard is back in the Australian media this week, not as a purveyor of sensationalism but its purported victim. The object of his aggrievement is Catch and Kill, the (apparently) sensational book by US journalist Dylan Farrow about the Me Too movement — and in particular the bringing down of Harvey Weinstein. 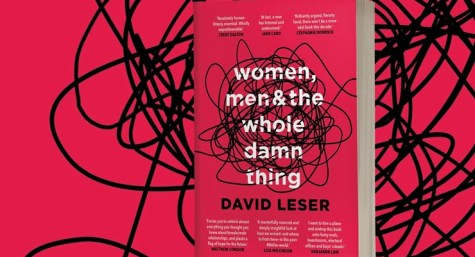 In his famous New Yorker article in 2017, Farrow named Howard as one of a number of people he claimed had actively assisted Weinstein in fending off the allegations against him before the dam burst. Specifically, Farrow pointed to an email exchange in 2016 in which Howard allegedly told Weinstein about dirt that an AMI reporter had acquired on the actor Rose McGowan (McGowan had accused Weinstein of rape).

Howard publicly defended his actions, maintaining that he had done nothing illegal or unethical. He has engaged lawyers around the world to preempt the book’s publication and warn everyone off.

The threats have, at least in Australia, been a partial success. As of yesterday, the big online sellers Amazon and Booktopia had both stopped selling the book. Plenty of options remain for purchasers, for now, as most book stores have placed their faith in the publisher (in Australia, Hachette) and defied the demands. Still, you might want to get in quickly in case they, too, lose their nerve and pull it off the shelves.

The legal letters say that Howard “apprehends the book will contain content defamatory of him”. They warn that, if he turns out to be right (no doubt they’ve been up all night searching out the nasty bits), he’ll be suing everyone — author, publisher — even, unusually, the distributors.

It’s not unusual for a person who thinks they’re about to be defamed by an incoming exposé to issue this kind of threat in the hope of scaring a publisher down. Sometimes it works, but a reputable publisher who’s already gone to print will have had their book legally vetted and should be confident that it’s defensible against a defamation claim.

It’s almost impossible to get a pre-publication injunction preventing a book from being sold, which is probably why Howard hasn’t bothered trying. Instead, he’s relying on the fear of facing a well-funded plaintiff. The fact of the threat itself bolsters his tactical position, because nobody can claim they weren’t warned and, if they lose the case, aggravated damages will come into play as a result.

As to whether Howard has a case, I have no idea. I also have no idea why Amazon is scared of him (I didn’t think Amazon was scared of anyone). Farrow tweeted his disappointment at what he called “intimidation tactics”, although he may not be aware of just how plaintiff-friendly the Australian defamation laws are and, consequently, how much better a chance Howard would have suing here than in the US or UK.

Whatever the legal situation turns out to be, Howard has every right to threaten suit and try to minimise the harm he says he’s about to suffer. Equally, the publisher and retailers have every right to ignore him and take their chances if he sues. It should be an entertaining case.

The irony, though, is particularly penetrating. Howard has made his career in the business of trashing reputations (another headline in the Enquirer as I write: “10 shocking photos of Teresa and Joe Giudice caught possibly cheating as divorce looms”), pursued with not even a fleeting nod to the concept of legitimate public interest.

Of course, it could be that The National Enquirer and the other publications that Howard oversees aren’t trashy at all; perhaps they’re brimming with inconvenient truths rather than lazily slanderous crap as we tend to suppose. And maybe Farrow got it all wrong, meaning that Howard isn’t a hypocrite at all.

Not that I was suggesting he might be. That’d be a bit too tabloid. 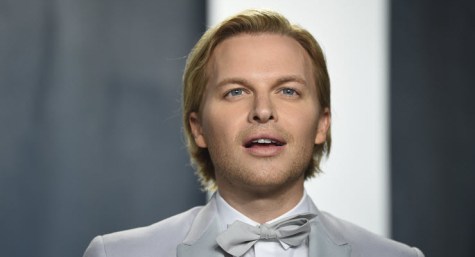 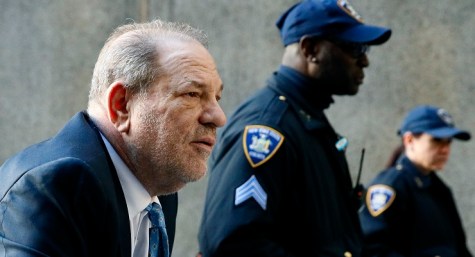