In a manipulated market of 'good behaviour', what does a five-star rating really mean?

How much is your good behaviour worth? And how much could your bad behaviour cost you?

It’s not news that both workers and consumers are expected to demonstrate a certain type of behaviour to participate in the share or gig economy. As a way of keeping tabs on its army of drivers, Uber uses a rating system: any driver with a rating of 4.5 (out of 5) or less risks being booted from the system. They can be “held accountable” on their manners, hygiene, punctuality or driving skills. If customers acts rowdy, rude or vomits in the backseat they too risk being unable to hail a ride again. Ola, GoCatch, Shebah, Taxify, Shofer, and Airbnb work on similar systems.

But, as this economy solidifies itself in the wider market, experts are wary of its effectiveness and use. Dr Marian Makkar, lecturer in marketing at RMIT, who has been researching this emerging trend, told Crikey that “in an ideal world” this sort of system regulates and motivates people to behave better, “but it’s very much manipulated in the sharing economy”.

“There are hosts or drivers [who] ask or tell you in a very subtle way, hinting that they expect a strong rating,” she said. “Sometimes it’s upfront, sometimes it’s blackmail. I’ve found in my research that people have done that. It’s quite common.” 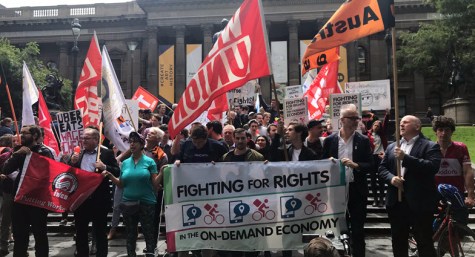 Is this the beginning of the end of the gig economy?

More and more jobs and services are being outsourced to the gig economy. A 2019 study undertaken by Queensland University of Technology found that about 7% of Australians found work through the gig economy, with about 100 platforms to choose from. While food delivery and ride-share are the biggest contributors, other forms of gigging include web design, computer programming and even care work. And, Makkar said, these gig economy operators are increasingly using rating systems as a replacement for human resource services, which has created a loophole.

“The responsibilities are less on [the companies] and more on the customers and contractors; this rating system is helping the company to manage people less. They’re using people to manage people.”

“But really, we’re not behaving well and we’re rating people more because we don’t want there to be any awkwardness; we don’t want to upset them and it puts us in a difficult position.”

A study by Boston University backs this up; they reviewed 600,000 Airbnb property reviews and found that almost 95% had a 4.5 or 5-star rating — the highest possible rating. This is contrasted with TripAdvisor, where hotel reviews are much more varied and have a lower average rating of 3.8 stars. The difference? Guests can review hotels, but the hotels can’t review them.

An Airbnb spokesperson told Crikey that their “authentic review system” was designed so that hosts and guests can only view each’s review after they’ve submitted their own. “To protect our community and the integrity of our review system, we have put in place clear and strict policies,” they said. “While negative incidents are rare, we will take action against anyone who tries to misuse our review system including suspension or removal from our platform.”

Uber was contacted for comment but did not respond. 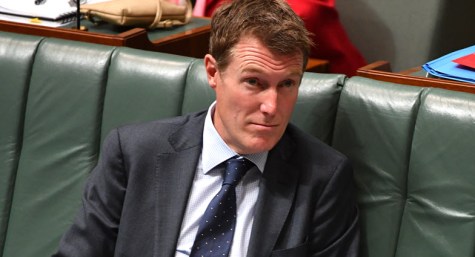 So while the idea of a rating system is meant to reward good behaviour and weed out those who are problematic, Makkar said that its very nature means that it’s open to manipulation — even when it’s not deliberate. “When rating a big company, if they didn’t perform well, people don’t hesitate to give them a one-star rating. But it’s hard to review someone when you’ve met them,” she says. “You’ve talked to them, you’ve learnt their story; it’s a pseudo friendship and a strategy to get positive reviews.”

The “connection”, however fleeting and impersonal it was, still has an immense impact on how we respond to bad service, Makkar said. “When something bad does happen in these interactions, then people will generally take it up with the company, but for smaller incidents, we’re less likely to do anything about it because we’re afraid that we’re saying ‘you’re a bad person, you home is bad or your car is bad’. It feels very personal and, as humans, this can be really hard to do.”

Bigger brands and traditional companies should think twice before jumping on the bandwagon.

What does a five-star rating mean to you in 2019? Send your comments to boss@crikey.com.au. Please include your full name for publication.

Alana Schetzer is a journalist and editor. She writes on social justice, gender equality and politics, has taught media, writing and communications at the University of Melbourne and is a co-founder of Women in Media. 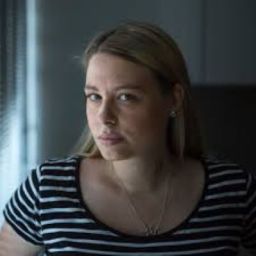 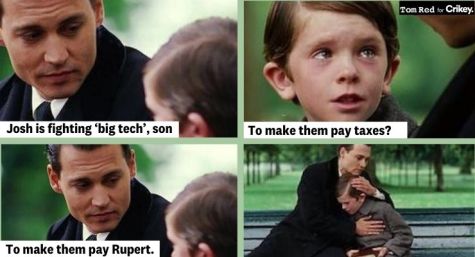 A tale of two platforms; or, the strange lack of outrage about the gig economy

The gag economy more like it. Claims of it’s benefits are impossible to swallow. I rate the five star rating system at -1.