Islamophobia may be more visible in modern Australia, but anti-Semitism is just as deeply entwined with the ideologies of the growing far-right. And it's becoming more common.

In 2015, a Reclaim Australia supporter at a rally in Melbourne told me that the reclaimers and “the students” (as he referred to the anti-racism protesters) had “just been set up to fight each other by the banks and the Rothschilds”. The reference to a notorious anti-Semitic conspiracy theory was unusual enough to make me do a double-take.

By contrast, the equally elaborate anti-Muslim conspiracies that were being shouted from the podium sounded as routine as a News Corp column or a day in national parliament.

Anti-Muslim racism has long since passed the dinner-party test (to use the 2011 description of Britain’s first Muslim cabinet minister, Baroness Warsi). Anti-Semitism does not enjoy the same level of social acceptability — not quite, not yet. 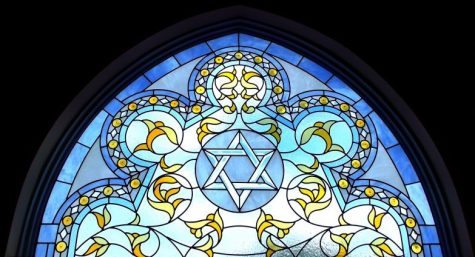 There is a genteel form of anti-Semitism that has never entirely disappeared from middle-class dinner parties, the type that mutters about favouritism in literary awards and the entertainment industry but refrains from mentioning the Protocols of the Elders of Zion, let alone shape-shifting lizard people. However, the past few years have seen anti-Semitism increase in both visibility and violence.

In Australia, we’ve seen an SS helmet brandished at a public rally in St Kilda, we’ve had then-member of parliament Fraser Anning call for a “final solution” to the immigration problem (albeit in a speech targeting Muslims rather than Jews), and we’ve had a proliferation of swastika graffiti. Internationally, we’ve seen the 2018 massacre at the Tree of Life synagogue in Pittsburg in which 11 worshippers were killed, and the attack on the Chabad of Poway synagogue in California, in which one woman was killed and three others wounded.

Last week’s terrorist attack in Halle, in which two people were shot dead, illustrated that in the gamified universe of the far-right, attacks on Muslims are regarded as necessary but commonplace, while attacks on Jews are regarded as the glittering prize. According to the shooter’s “manifesto”, he had considered attacking a mosque or “an antifa culture centre’’ (whatever that might be) before deciding that a massacre at a synagogue on Yom Kippur would bring the greatest glory. In the event, the gunman failed to gain entry into the synagogue and had to settle for killing a passer-by on the street and a customer in a nearby Turkish doner shop. His victims were neither Jewish nor Muslim, but simply unlucky.

And yet, like misogyny and homophobia, anti-Semitic violence continues to be represented as a particularly Muslim transgression. This is not to deny the reality of Muslim anti-Semitism, or the ongoing conflict in the Middle East. In Australia, however, anti-Semitism and Islamophobia are deeply intertwined, as both Jews and Muslims face increasing hostility.

I spoke about this topic with Dr Jordy Silverstein in the immediate aftermath of January’s far-right rally in St Kilda and then again last week. Silverstein is an academic at the University of Melbourne who has undertaken research on modern Jewish history, Holocaust memory and Jewish cultural studies. She notes that there are many different elements to contemporary anti-Semitism, ranging from bullying incidents in schools to the government’s announcement during the final days of last year’s Wentworth byelection that the Australian embassy in Israel would be moved from Tel Aviv to Jerusalem. 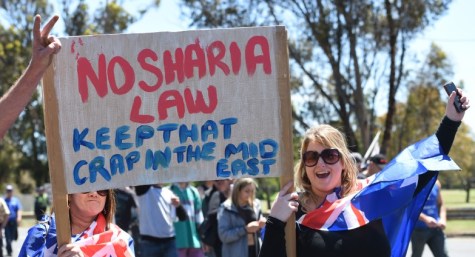 Islamophobia shows how ready Australians are to believe ‘fake news’

For Silverstein, “suggesting that there’s this voting bloc called ‘the Jews’ and that they all vote the same way and that they’d all vote in this particular way on this particular issue” should also be regarded as a form of anti-Semitism. However, “the far-right is engaging in a type of physical intimidation that the niceties of parliament don’t permit”.

“While I don’t fear for my physical safety most of the time, I am aware of continued and rising antisemitism, misogyny and racism and I know that safety is precarious,” says Silverstein. “I also know that anti-Semitism comes in many forms, and that we live in a country with an anti-Semitic and racist government, and that this will have all kinds of effects.”

In a nation that was founded on the dispossession of Indigenous people and in which fear-mongering against Muslims, myths of “African gangs” and a recently revived “yellow peril” are common, anti-Semitism serves as a useful form of brand differentiation for the far-right.

If it wasn’t for the silly costumes, the odd swastika tattoo and the open (rather than coded) hatred of Jews, the far-right would be impossible to distinguish from the mainstream.

Rundle: why Jews (and everyone) need to stand up for halal