Good morning, early birds. Critics have denounced the Queen's speech to parliament as a 'farce', and Penny Wong fires back at Scott Morrison's new nationalistic rhetoric. It's the news you need to know, with Rachel Withers.

UK Prime Minister Boris Johnson has been accused of using the Queen’s speech to parliament to lay out his election plans and push his Brexit agenda, the ABC reports.

Queen Elizabeth II has delivered an “unusual” speech, stating “my government’s priority has always been to secure the United Kingdom’s departure from the European Union on 31 October”, before outlining a proposed post-Brexit immigration system, criminal justice reforms, and healthcare changes. Labour leader Jeremy Corbyn has dismissed the speech, saying “there has never been such a ‘farce’ as a government with a majority of minus-45, and a 100% record of being defeated in the Commons, setting out a program for government.”

WHEN THEY GO LOWY…

In a speech to the Australian Institute of International Affairs, Wong said that the PM’s speech “broke from Julie Bishop’s white paper” which planned to work multilaterally towards a rules-based order, adding, “You cannot be an isolationist and free trader.” Morrison, meanwhile, told parliament that the government rejects the UN’s calls for a more ambitious emissions reduction target, arguing that “The Australian people … supported the re-election of our government … on the basis of us going forward with a commitment to 26% reduction of emissions”.

Labor has some fun with the Coalition’s talking-points gaffe, using copies of the government’s prepared lines to play a round of Question Time bingo ($).

Australia must oppose any move to extradite Julian Assange to US, Labor MP says

‘That’s not what official figures show’: Government under fire over climate claims

‘Business on notice’: Asic vows to use new powers to protect consumers ripped off by small print

ICAC-tainted Labor boss Kaila Murnain in bid to stay on ($)

“In the perpetual present of political reportage in Australia, where no one seems to recall what happened five minutes ago, entire issues play out in perfect repetition. In the Rudd and Gillard years, when the major banks declined to pass on interest rate cuts in full — or lifted rates faster than the RBA raised them — treasurer Wayne Swan would savage the banks and urge consumers to ‘shop around’, shadow treasurer Joe Hockey would savage him for being ‘treated with contempt’ by the banks, an inquiry or two would be held and the government would unveil reforms to facilitate competition. Nearly a decade later, when banks don’t pass on interest rate cuts, Treasurer Josh Frydenberg savages the banks and urges consumers to ‘shop around’, while shadow treasurer Jim Chalmers (previously Swan’s chief of staff) says the banks are ‘thumbing their noses’.”

“Of course, trolling to whip up outrage — both for and against something — is central to the business model of old media. But shrugging off the Extinction Rebellion demonstrators’ rights to freedom of expression directly undermines the demand for freedom of expression for journalists. It transforms ‘freedom of the press’ from a fundamental human right to a self-serving professional privilege. Given public attitudes to journalists, it’s impossible to build public support for change on such a narrow foundation.”

“Bob Carr described Assange as ‘in trouble because he delivered on our right to know’. ‘We have an absolute right to know about American war crimes in a conflict that the Australian government of the day strongly supported — we wouldn’t know about them except for Assange,’ Carr said. That marks quite a turnaround for Carr from his position when he was foreign minister under Julia Gillard. Back then, Carr argued Assange hadn’t delivered on our right to know. In 2012, he accused Assange of releasing ‘secrets … for the sake of being released without inherent justification’. In dismissing any public interest in what Wikileaks revealed, Carr also attacked comparisons of Assange with Daniel Ellsberg. It was ‘not like Daniel Ellsberg’s Pentagon Papers which revealed huge American deception, huge deception by the American government of the American public’. Too bad Ellsberg himself disagreed.

Here’s a $75 fix that would help solve Australia’s poverty problem – Toni Wren (The Age/Sydney Morning Herald): “The latest ABS unemployment numbers for August 2019 tell us more than 1.1 million Australians, or around the same number of people who live in Adelaide, are under-employed, meaning they can’t get as much work as they’d like. This is in addition to the more than 700,000 who are officially unemployed. While interest rate and tax cuts don’t seem to be boosting our flagging economy, raising Newstart by $75 a week would provide a much-needed stimulus with every dollar spent, especially in regional areas that are doing it tough in the worsening drought. This Anti-Poverty Week, raising Newstart isn’t only the right thing for our federal government to do, it’s the smart thing to do.”

Boundaries need defining ($) – Penny Wong (The Australian): “There’s no doubt Morrison is the best political tactician in Australia. He is the master of the political manoeuvre but he hasn’t delivered anything of substance because that’s not who he is. His first foray into international affairs was to try to change Australia’s longstanding, bipartisan position on Jerusalem and the Iran nuclear deal to chase votes in the Wentworth by-election. Is it enough to play short-term political tactics on something so profoundly important as the integrity of our political system or the assertion of our ­national interests — a serious and long-term plan that can proactively navigate us through the strategic competition between the US and China, and manage this new phase in our relationship with a more assertive China? Morrison has no plan for dealing with this new phase in Australia’s relations with China.”

Sydney motorists do not want a congestion tax ($) – Andrew Bushnell (The Daily Telegraph): “Around the country, various government-backed bodies have floated this idea since it was implemented in London more than 15 years ago. Yet time after time, governments continue to reject it. This time, the New South Wales and Victorian governments, coming from either side of the political aisle, both rejected the idea immediately. And for good reasons. A congestion tax hits the least wealthy hardest. The suburban working-class would be forced either to pay extra to get to work or to cram themselves into unreliable, already full trains. Or take the bus, gazing out the window at the people who were able to afford the new tax. Car commuters may be more likely to have above-average incomes, but this will be no consolation to those working-class people who are priced out of their preferred mode of travel.” 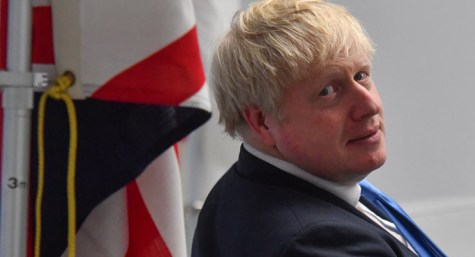 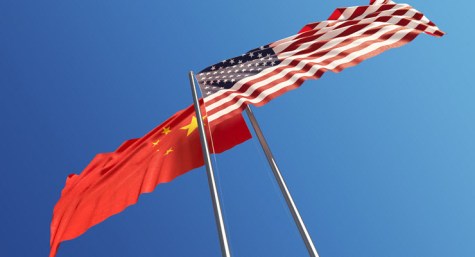 Just a fortnight before Christmas 2017, “The Australian” reported in “Beijing lashes Canberra in diplomatic row” that “The Chinese government has launched an extraordinary intervention into Australia’s politics, attacking the government, senior bureaucrats and journalists, and lashing out against a “Cold War mentality”, following Malcolm Turnbull’s crackdown on foreign interference and fuelled by resentment over the foreign white paper.”

Contrast that with for instance the silence of that self-appointed hero of sovereign borders, Border Generalissimo-MP Dutton. He had plenty to say when it was only low-level public sector workers, asylum-seekers in concentration camps, or activist groups that he was smearing and abusing. Once a real bully was strutting the streets, the Right’s hero – that gutless wonder dutton – hid in a closet for two years. Only when trump had connived with scummo to have Australia be the bunny for his Get China moments did dutton direct the blackjack against the CCP.