Good morning, early birds. Peter Dutton has announced a plan that would allow Australian authorities access to personal data held in US tech platforms, and the first day of Extinction Rebellion's global week of action sees dozens of protesters arrested. It's the news you need to know, with Rachel Withers.

An access agreement being negotiated with the US could grant Australian law enforcement agencies access to messages ($) sent using US-owned platforms such as Google and Facebook, The Australian reports.

Home Affairs Minister Peter Dutton and US Attorney-General William Barr are negotiating a bilateral agreement under which Australian police would have the same powers as US police under the CLOUD Act, which compels US tech companies to hand over data on their servers when presented with a warrant. In return, Australian tech companies would be required to provide information sought by US authorities. Speaking from the US, Dutton said the agreement would give investigators “direct access to data critical for the disruption, prevention, investigation and prosecution of serious crime”.

Dozens of protesters have been arrested after shutting down city streets on the first day of Extinction Rebellion’s global week of  action, calling for drastic action on climate change.

Thirty people were arrested in Sydney, including teenagers and elderly activists who were dragged away by force. Another 11 activists were arrested in Melbourne. Police say protesters committed a range offences including obstructing traffic and disobeying reasonable direction. The protesters have reportedly been inspired by the Hong Kong protests, copying their civil disobedience tactics, with Brisbane organiser Tom Howell telling 7.30, “It’s great that we can show that if people do want to take action … it only takes a few bike locks, cable ties and some street furniture.”

The imminent invasion of northern Syria by Turkey, following the withdrawal of US troops, risks the lives of several dozen Australians currently trapped in the region, The New Daily reports.

Eighty Australians are believed to be trapped in the conflict zone in refugee camps, mostly the wives and children of jailed ISIS fighters. Syrian Kurds are fearing “mass killings” by invading Turkish forces. Families of the women and children are begging the Morrison government to act “today, not tomorrow”, but foreign minister Marise Payne says no officials will be put at risk to undertake a repatriation operation.

An unethical culture in the [party] machine has produced people who make bad judgements and a lack of accountability has meant the party selects the wrong people for the wrong reasons.

The NSW upper house Labor MP and has called for party to abolish the general secretary role, saying there is too much power vested in it.

Scientists awarded Nobel Prize for learning how cells use oxygen

Asylum seekers arriving by air to hit an annual record

More than 100 killed in Iraq protests 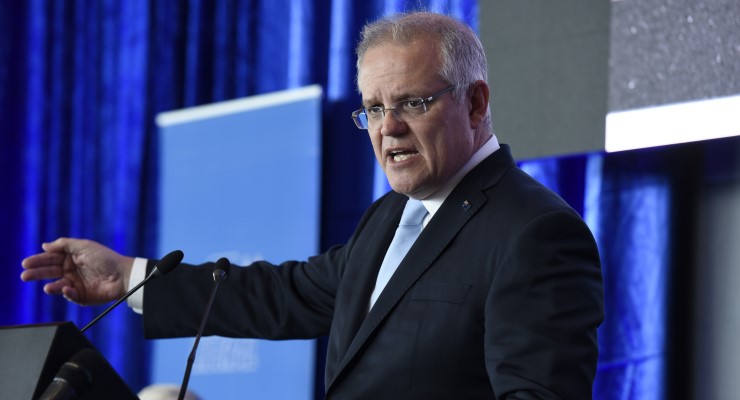 “Don’t answer questions, attack the media’s integrity and divert attack towards others: this is the Trump playbook. And, since Scott Morrison has come back from his US tour full of Trump talking points on China, climate and national sovereignty, it’s something to be increasingly wary of. Here’s Australia thrust into Trump’s reality politics; adapting to Trumpian media practices, with US policies pushing their way into our own world. This apparent shift forces the Australian media to follow their US colleagues in asking: how do we deal with this?”

We need an urgent review into Australia’s drug supply chain

“Imagine having a young child rushed into your clinic after being bitten by a deadly brown snake, only to find that there’s no anti-venom left. Western medicine knows how to cure this child, but the solution in remote Australia can be many hundreds of kilometres away, and whether the child lives or dies depends on how much venom is seeping through their veins. I have been in this situation. The long minutes can be counted in cooling limbs and slowing pulses.”

Who is trying to push Mark Dreyfus out of parliament?

“The source of these ‘ridiculous suggestions’ is within a Victorian ALP with too many candidates and too few seats. Potential prestige spots like Dreyfus’ Isaacs (a margin of 6.4% after Vic Labor’s good-but-not-good-enough effort in May) are trailed to keep the talent interested, regardless of plausibility. Of course, many a politician is absolutely committed to serving a full term right up until they announce their mid-term departure, and Dreyfus’ statement in late August was clear, but not quite Shermanesque. Helpfully, this morning he made his intentions clear: ‘I’ll be staying and fighting the next election,’ he tweeted. So that’s Isaacs occupied until 2025, presumably.”

Untie those white ribbons and get men on board for equality – Jenna Price (The Age/Sydney Morning Herald): “The vast – vast – majority of men in Australia are decent human beings but appear unsure of how to take action on equality. That is true of both the ordinary bloke in the street but more seriously true of the average Australian employer for whom the white ribbon route was infinitely preferable to taking a long hard look at its gender equality record. White Ribbon morning teas and attendant workplace accreditation give an impression of activity. Where employers could genuinely make a difference is with the gender pay gap (still 14 per cent across full-time wages), male parental leave and women equally represented at all levels of work. We can check those outcomes but not those of anti-violence campaigns such as White Ribbon.”

Governments created this Murray-Darling crisis ($) – Alan Moran (The Australian): “Blaming twin bogeymen of speculators and climate change is no solution to the problems ­governments have created. The Murray-Darling water policy has been a disaster for the region and the nation. The solution is to ­accept the reality that the river system, before recent years’ ­reallocation of irrigation water, was in good condition. The more regular flows that the dams have allowed contributed to this as well as creating a thriving agricultural province. The only way of repairing the damage must start with the government selling back to irrigators the stocks of water that it now owns.”

The secret life of George Christensen

How easily politicians exploit our fear of being “soft on crime”. As though they ever cared – they have far too many criminals to protect.

US Secretary of State Kerry justified the universality of the PRISM spying, as necessary due to the threat of terrorism – “We have actually prevented airplanes from going down, buildings from being blown up, and people from being assassinated because we’ve been able to learn ahead of time of the plans.”

The US spy chief in charge of the PRISM programme to gather and analyse internet and phone data has claimed that it had helped thwart dozens of terror attacks, and operates under proper legislative and judicial oversight.

Pressed by the Democratic chairman of the Senate Judiciary Committee at an oversight hearing four months later, Gen. Keith B. Alexander admitted that the number of terrorist plots foiled by the NSA’s huge database of every phone call made in or to America was only 1 or perhaps 2 — far smaller than the 54 originally claimed by the administration. Inside the US it has stopped no attacks.

Kurds have repeatedly shown a stupid willingness to die for the self-interest of others without any benefit to their own ethnic group. Forgotten so quickly that the Iraqi (Shia Mesopotamian) Army took Kirkuk and its oil region from the Kurds by force? ISIS is now not the only target.

Eliminating the Caliphate means that Syria and Iraq are re-occupying the Sykes-Picot borders; thus the SDF, the YPG and the Kurds have worked hard to destroy the very structure that indirectly allowed their autonomy.

Having served Imperial interests in helping destroy the Caliphate, the Kurds are being crushed by the army of what is Shia Mesopotamia, while the Syrian Democratic Forces and YPG will soon themselves be crushed under the tracks of Turkish and indeed al-Assad’s tanks.

Observe the utter disinterest of the Right. Pawns – Imperial irregulars – are expendable, being collateral damage in the Great Game. Such is their kind’s touching concern for life and rights.