The Chinese government is not only spying on Chinese nationals in Australia, but on Australians themselves. Inq hears first-hand from those who believe they are being watched.

It is March 2017. A black van edges into a quiet suburban street in an Australian capital city and pulls up conspicuously outside the home of a well-informed Australia-based China critic.

He is being sent a clear message: be warned.

The surveillance hasn’t stopped since. This year he says he was followed by four people in the city centre following the detention of prominent Chinese-Australian man.

He believes people have been watching him in public venues. The surveillance is overt. The people doing it want to be seen.

It’s a new phase of physical intimidation in Australian cities and suburbs conducted by Chinese operatives who are believed to be part of China’s Ministry of State Security. 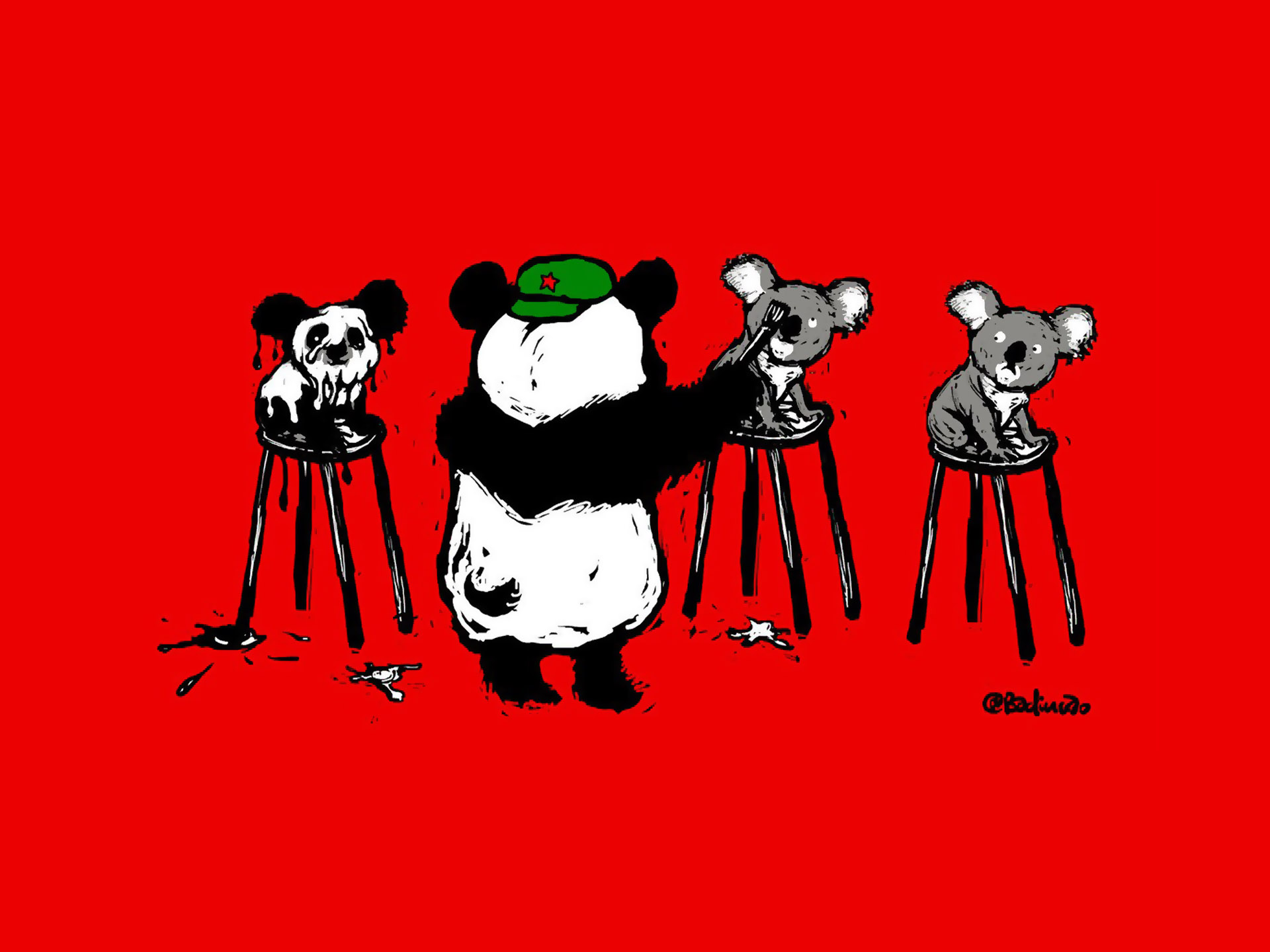 Surveillance is occurring against anyone who is seen as an opponent of the Chinese state, or who has a relationship with Chinese dissidents.

Being watched is nothing new for Chinese Australians who speak out against the Communist Party regime. Two high-profile Australian-Chinese dissidents have been detained while visiting China in the last 3 years; Professor Feng Chongyi, was held and interviewed by the secret police before being released and his former student Dr Yang Hengjun remains in China charged with espionage.  Authorities are increasingly concerned about his welfare. What’s new is that their non-Chinese associates are now also in the frame.

“In the past, Beijing has avoided subjecting non-Chinese heritage people to surveillance and harassment. That has now changed,” said Clive Hamilton, whose 2018 book, Silent Invasion: China’s influence in Australia, infuriated the Chinese government.

Hamilton, who is professor of public ethics at Charles Sturt University in Canberra, believes he has “at times been under surveillance at cafes and restaurants” and says the Chinese embassy “has sent agents to surveil my workplace”. He also believes he has been “the frequent target of cyber intrusions” and has had to take “extensive counter-measures”.

Another former Chinese citizen, now Australian, who believes he is under constant Chinese government surveillance is Melbourne-based artist Badiucao.

The subject of a recent documentary called China’s Artful Dissident, Badiucao has spent the last 10 years concealing his identity from Chinese authorities by wearing a ski mask in public wherever he goes. He finally unmasked himself in June, on the 30th anniversary of the Tiananmen Square massacre, when the documentary was released.

“I have been under surveillance multiple times,” Badiucao told Inq. “I have been followed twice in Melbourne I am absolutely certain. I took a photo of them.”

“I was on a bus and I was suddenly surrounded by four males of Asian background, and two of them had bluetooth earphones in their ears. Not an iPhone or iPod, more like professional gear. Two of the guys got off the bus and followed me to the Woolworths supermarket.”

“I have also experienced strange cars parking outside my residence. It all happened very close to the release date of the documentary. It is organised for a purpose, to intimidate me, to send a message.”

The artist believes the Chinese government regards anyone born in China “as property … even if you are an Australian citizen”.

Badiucao moved to Australia in 2009. “I left China for a reason: I was seeking freedom and protection,” he said. “I can speak with my free will in my new country. I don’t want to have to find another home, so I am defending Australia from these attacks and maybe one day we can change China.” 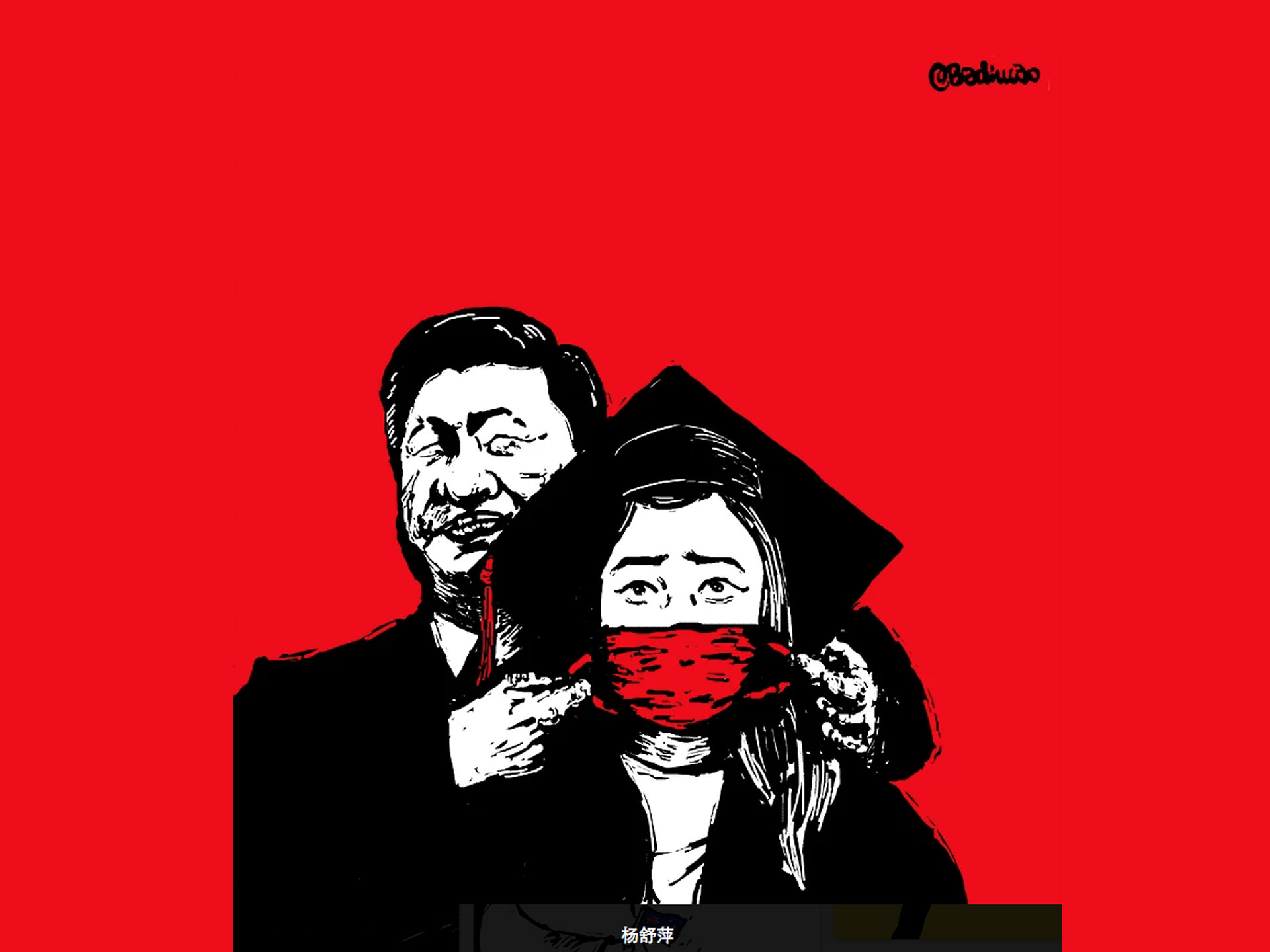 The Australian filmmaker behind China’s Artful Dissident, Danny Ben-Moshe, also describes several incidents of surveillance in Melbourne, where he lives, including one occasion when a Chinese couple with a camera — apparently tourists — approached him in the street as he wound up filming. For Ben-Moshe it was too much of a coincidence given they had just dropped off Badiucao.

“I don’t want to tempt fate that I’m going to be abducted and disappeared and reappear in a gulag somewhere,” he said, “but that could happen to him [Badiucao]”.

“We have to ask the question: what are we doing to protect Chinese citizens from interference on the frontline?”

Both Badiucao and Danny Ben-Moshe also believe they have been the subject of cyber-attacks in Australia. Badiucao’s Australian internet provider has alerted him to these attacks and confirmed they were deliberate.

In a further example of Chinese government surveillance of its critics, Inq understands that an Australian academic not of Chinese heritage, and also a friend of Professor Feng, was contacted recently by an Australian federal government agency because his name had been picked up in “chatter” between Chinese operatives at the Chinese consulate in Sydney. They had been given an “explicit order” to collect as much information on him as possible, he was told.

“This is new,” Feng told Inq. “In the past, the Chinese government thought they were not strong enough to challenge everyone, but now they are much more confident and will intimidate anyone. Western democracies need to understand [the] world reality as it is — the CCP [Chinese Communist Party] is waging a cold war, a cold war that has never ended, even after the collapse of the Soviet Union. The party continues the cold war in fighting against democracies around the world.”

Suzie was a senior reporter for Inq. She left the team at the end of 2019.