The government isn't being forthcoming about what lies ahead, but there are already plenty of weird twists and turns to reflect on.

Drama is swirling around the Donald Trump/Scott Morrison September phone call. But perhaps the key question is: what prompted Australia’s US Ambassador Joe Hockey to write to American Justice Department chief William Barr about the issue, in swift and enthusiastic terms, a full four months earlier?

Hockey’s May letter to Barr, offering to assist in the investigation into the FBI’s Russia probe, was sent without any formal request from the Americans and reflects our ambassador’s “how high?” reaction whenever the Trump administration asks him to jump.

Based on the letter, Trump and Barr might have expected an early response from Hockey and Canberra, but it appears not to have moved very quickly — if at all.

Perhaps Trump groused to Hockey during one of their golf days, but by September, with nothing to show for the ambassador’s promise of “standing ready” to use our “best endeavours”, the president returned to the matter.

With a state visit by Morrison just weeks away, Trump called the PM and, according to The New York Times, pressed for greater cooperation on getting to the bottom of a drinks meeting in London between Australia’s former UK high commissioner Alexander Downer and then-junior Trump campaign operative George Papadopoulos.

Neither the White House nor the Prime Minister’s Office have been too forthcoming about that call beyond acknowledging it took place, and that it was not that big a deal.

Officials in Canberra have said the matter was not raised in talks between Trump and Morrison during the US visit in late-September. Given Trump’s obsession with the parallel conspiracies of the origins of the Russia probe and the Ukrainian “corruption” thread, this is hard to believe.

Even if we do take this “nothing was raised” suggestion at face value, there remain two official responses from Australia to requests from the US attorney-general and the president to shake the tree on the Downer/Papadopolous meeting.

This in itself is extraordinary. Downer is one of the elder statesmen of the Australian Liberal Party with the title of the country’s longest serving foreign minister at the top of his CV. The man he met with — a 30-year-old self-promoter wandering around Europe on errands unclear — was convicted for lying to the FBI and spent 12 days in jail as a result.

While it might be a little strange that someone like Downer would take meeting with a campaign worker representing a candidate who was at the time given no chance of winning the 2016 election, there is nothing that we know to even suggest he did anything wrong or had any sinister motive at the time or since.

The weird Downer/Papadopoulos theory is central to a singularly madcap conspiracy emanating in Washington and promulgated in conservative media outlets such as Fox News.

Many say the meeting in London between Papadopoulos and Downer was the trigger for all things Mueller. That’s highly contestable and, given what the US intelligence community was already looking at in 2016, very doubtful.

As has been reported extensively in the US, the FBI and intelligence agencies had picked up foreign interference in the electoral systems of many states as early as May 2016 and were running layers of investigation on those disruptions through until the vote in November. Former president Barack Obama went public with the concerns of the US intelligence community less than a month before the election. He wanted to make the matter public earlier, but the Republicans in Congress wouldn’t sign onto a joint statement.

To backtrack a little, the Downer/Papadopoulos meeting happened on May 10, about two weeks after Papadopoulos met a Moscow-linked academic in Rome. In the days after the meeting, Downer sent a record back to Canberra, including the suggestion the Kremlin might have material to discredit the Hillary Clinton campaign.

Separate to all this, the foreign interference in the US really kicked into gear with the hacking of the Democratic National Committee at about the same time senior Trump officials met with a Kremlin-linked source who claimed to have material on Clinton.

While the US would have seen the Downer 2016 report to Canberra under our close intelligence sharing arrangements, it is a ridiculously long bow to say this would have spurred the FBI and other agencies into action.

To summarise where we are: the Australian government has jumped on a conspiracy bus being driven by an out-of-control US president who is fighting for his political life.

If Trump falls at the hands of Congress or the voters, we could end up in November 2020 on the other side of the fence from a new Democratic president and administration who will certainly not forget and probably not forgive what we are currently doing. 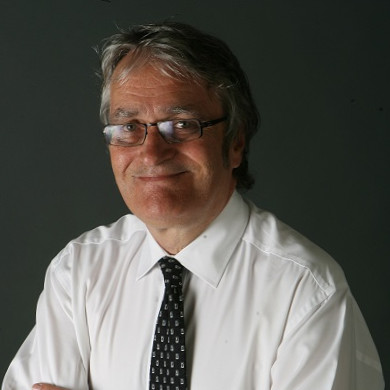 Mueller went before a Congress Committee and fluffed the lines in his own report!!

Trump; for all his outrageous nonsense and hyperbowl; DID NOT collude with Russia to defeat Hillary.

Hillary defeated herself with her ‘entitlement’ politics and deprecation of the ‘deplorables’ who had their revenge at the ballot box.

I still don’t understand how the Aust HC in London, a busy person with myriad official functions to attend, thought it might be useful to his job to meet with a junior nobody from the US. Does Downer meet with other nobodies-in-particular passing through London? Does he respond to consular problems being faced by Australians? What was Papadopoulos representing himself as that sparked Downer’s interest?

Yes I cant think why old fishnets was meeting this young bloke in a bar….no reason at all.

I ask the same questions; the only answer I can come up with is that someone asked Downer to request that meeting. There are claims that Downer may have passed on Papadopoulos’s information to the FBI, in addition to the Australian government. My completely uneducated guess is that it was the FBI who asked Downer to meet Papadopoulos.

Just shooting the breeze here but what if they’d met before in a professional sense and Downer fancied him and thought he was in with a chance?
It’s probably more likely than Downer being an FBI operative and having a mystical insight into how much grog was required to get the kid to spill.

And David Thompson’s comment on Michael Bradley’s article provides an interesting answer. Downer requested the meeting. Now why would he do that?

We really need to stay right out of this. Morrison has shown appalling judgement and Hockey should be sacked. The correct answer is “This is a domestic matter for the US, we have no role to play.” I doubt if Downer was doing any more than expressing concern about Russia and given how well the Kremlin destabilised the EU via funding to Le Pen and Farage his concern would have been completely justified.

Why was Downer meeting with Papadopoulos in the first place? Who set this up? Was it accidental? What sort of a Bar was it? Was it a Cabaret?

“extraordinary”? Under a Trump administration – superlatives are obsolete.

As for that “elder statesmen/CV” of St Alexander’s (like Howard?)? Try both eyes.
As Foreign Minister allowed himself to be used as an agent by a future employer, to devote tax-payer funded resources to spy on the East Timor government to give Woodside the inside running in negotiations over oil/gas fields?
AWB?
NPA/Securency?
Iraq/WMDs/Saddam’s sponsorship of terrrorism?

I thought the original story going around, months ago, was that Downer and Papadopoulos crossing of paths was on the periphery of a knees-up that members of both parties (US/Oz officials) attended at some bodega in London – hence Downer’s “we’d ALL had a few gin and tonics” (when the little drunk spilled his bragging guts)? When even Downer was probably appalled at the prospect that someone like Donald “Captain Peter Peachfuzz” Trump might possibly end up at the helm of the “It could only happen in America’s” foreign policy?
Of course Downer is a bit player in this – a crumb on the way – but how much of our media wants to exaggerate our “America’s awareness” factor.

And still no reflection on “The worth of the word of Morrison” in all this?