Good morning, early birds. Donald Trump's Ukraine troubles deepen as a whistleblower complaint is released, and Home Affairs is set to make a High Court challenge against asylum seeker compensation claims. It's the news you need to know, with Rachel Withers.

The August 12 whistleblower complaint that triggered the Donald Trump-Ukraine scandal has been declassified and released, accusing White House officials of intervening to “lock down” records of the controversial call in which Trump asked the Ukrainian president to “do us a favor” by investigating Democratic rival Joe Biden.

The whistleblower, who is expected to testify before congress in the coming days, writes that officials uploaded the call transcript to a separate system used for highly sensitive material, rather than the usual system, suggesting they “understood the gravity of what transpired”. The complaint also singles out Trump’s personal lawyer Rudolph Giuliani and Attorney-General William Barr, suggesting they are both involved as well.

Under current common law, enacted before medivac was introduced, lawyers can file negligence claims on behalf of refugees before seeking injunctions for patients to be transferred. The full Federal Court recently rejected Home Affairs’ argument that it did not have jurisdiction to hear the claims. If Dutton is successful, the High Court will be the only jurisdiction that can hear the cases — a more expensive and challenging jurisdiction in which to lodge a claim.

A Parliamentary Budget Office report warns that the Coalition’s tax cuts have removed the buffer against economic shocks, creating significant risk to budget projections in the years ahead, The Guardian reports.

The PBO’s medium-term fiscal projections report argues that the cuts have removed the buffer created when tax receipts exceed the tax cap, shielding the budget position from “adverse economic shocks”. Now, it writes, “any weakness in tax receipts before 2029–30 would directly affect the budget balance”. The 2029-30 federal budget is currently projected to achieve the largest surplus since 2007, but it will be built on the soaring tax take from low and middle-income earners, set to grow in spite of the Coalition’s tax cut package.

You know what we used to do in the old days when we were smart with spies and treason, right?

The US president told staffers at the UN that whoever gave the whistleblower info was “close to a spy”, alluding to punishment for treason, The New York Times reports.

“Scoring a full-time job as an independent senior member on the Administrative Appeals Tribunal’s migration and refugee division in May 2016 doesn’t seem to have cramped Denis Dragovic’s outside activities. Dragovic was an unsuccessful Liberal candidate for preselection in the Victorian federal seat of Goldstein earlier that same year. The long-time party member still writes on controversial issues for conservative publications The Australian and The Spectator, while simultaneously hearing appeals by asylum seekers whose applications have been rejected by the federal government. “

“If chutzpah was combustible, Prime Minister Scott Morrison could single-handedly solve the global energy crisis. After ostentatiously not attending the UN climate action summit, our ‘man of titanium’ capped off his American tour by insisting that China, as a rising power, must do more to reduce emissions. The effrontery was gobsmacking, not merely because the statement coincided with analysts and former diplomats accusing Scott Morrison of leading a ‘denialist government’ — but also because, in 2018, Australia sold China about $15 billion worth of coal, a substance that, as you might have heard, bears some link to carbon pollution.”

“Kudelka is now the eighth high-profile departure from the Oz so far this year. Former China correspondent Scott Murdoch is now with Reuters, while former Indigenous affairs reporter Stephen Fitzpatrick filed for The Monthly in May. Social affairs writer Rick Morton and investigative journalist Anthony Klan both also left in the space of a weekend. Morton has since found a new home as a senior reporter at The Saturday Paper. Political reporter Primrose Riordan, who had announced her exit weeks earlier, has since joined the Financial Times in Hong Kong. Strewth columnist (and frequent Kudelka collaborator) James Jeffrey announced he was quitting to become opposition leader Anthony Albanese’s speechwriter. And Chip Le Grand, the paper’s chief reporter in Melbourne, who had frequently defended the Oz against some of its fiercest critics, is now with The Age.”

PM’s big decision defines his leadership – David Crowe (The Age/Sydney Morning Herald): “Morrison believes that Australian interest is in telling China the old way cannot continue. This is a risk. Chinese observers already talk of a ‘freeze’ in relations; now there is the prospect of a further chill. Morrison has logic on his side but will not want to be the Prime Minister who brought Australia’s long boom with China to a halt. Morrison says he rejects the binary argument that Australia has to choose between the one great power and the other, yet this denies what all can see. Of course there is a choice to be made. We saw it this week. Morrison has made a central decision in his leadership and there is no doubt which power takes priority.”

Don’t shout, we already have the laws ($) – Monica Wilkie (The Australian): “Inciting and threatening violence is a public safety issue and has long been illegal. Even in liberal democracies, where free speech is respected, it is understood this type of speech is unacceptable because it violates the rights and freedoms of others. Activists point to instances of racist abuse that threaten violence to justify the introduction of more hate speech laws, but such speech is already unlawful. More laws will only make unlawful that which is already so.”

Nine months, 51 dead women. What about their kids left behind? ($) – Sherele Moody (The Herald Sun): “This is the 51st Australian woman allegedly killed as a result of murder or manslaughter this year — almost all of these women have died as a result of alleged male and domestic violence. Children witnessing the deaths of their mothers is a common theme in family abuse murders. Yet Australia has no publicly funded support services specifically to help kids cope with the psychological fall out of seeing violent deaths. This lack of child-focused support is particularly disturbing because the children in this latest case are far from the only kids who have witnessed the deadly repercussions of alleged domestic and family violence.” 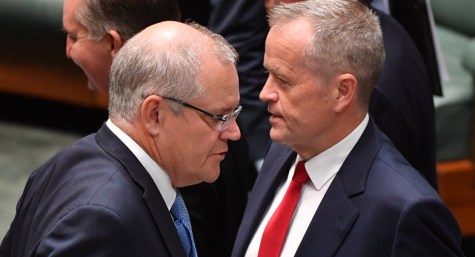 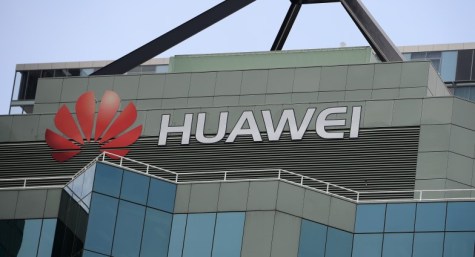 No “journalist” from “The Australian” should be employed by any media outfit that seeks to be reputable.

Murdock media has not only regularly run vicious, aggressive and politically-motivated media campaigns, but also has been able to do so very publicly without a hint of political or media recognition of its campaign. It must surely be the acme of McCarthy propaganda success that everyone hears the loudspeaker but no-one sees it. What is worse is that our mainstream media and Rightist politicians would outdo one another in their ecstatic frenzy of denunciation were this approach carried out in the Soviet Union or North Korea.

Choose your actions; if you choose to be employed by News Ltd, you’ve chosen your consequences.