With their mates at the top of the Administrative Appeals Tribunal, the Liberal government was able to fill the ranks with former staffers, party faithfuls and failed candidates.

Scoring a full-time job as an independent senior member on the Administrative Appeals Tribunal’s migration and refugee division in May 2016 doesn’t seem to have cramped Denis Dragovic’s outside activities.

Dragovic was an unsuccessful Liberal candidate for preselection in the Victorian federal seat of Goldstein earlier that same year. The long-time party member still writes on controversial issues for conservative publications The Australian and The Spectator, while simultaneously hearing appeals by asylum seekers whose applications have been rejected by the federal government.

A few months after his appointment to the AAT in 2016, he entertained the question “Is Islam compatible with Australian values?” in The Spectator. In July last year, he complained that “if we continue to allow the so-called elites to trash religion, ignore research and make spurious associations then it’s inevitable that religious communities will turn inwards”. And in June this year, Dragovic addressed the religious freedom legislation being mooted by the government which appointed him, writing in The Australian that “there is concern that legislating religious protections could open a pathway to anti-blasphemy laws and sharia. For the cultural elites this is fearmongering or a straw man argument.”

Dragovic is one of dozens of appointments in the Melbourne office of the AAT made by the current federal government.

Inq’s analysis shows that after six years, only nine members from Victoria’s Migration and Refugee Tribunals have been kept on. Almost 90% of current AAT members who can hear migration and refugee cases in the state — among them a mixture of unsuccessful Liberal candidates and former Liberal staffers — were appointed since the Coalition took office.

Tony Barry was communications director for Victorian opposition leader Matthew Guy’s losing 2018 election campaign. Three months after that defeat, despite having no legal qualifications or any experience in the legal profession, Barry was appointed by Attorney-General Christian Porter as a part-time senior member of the AAT.

In between roles, he penned editorials for the Institute of Public Affairs’ magazine as the conservative think-tank’s director of finance and development. He was also employed by Liberal polling firm Crosby/Textor, where he spearheaded a behind-the-scenes lobbying campaign to help the tobacco industry fight the ALP government’s plain packaging reforms in 2011.

Helen Moreland worked for close to four years as a senior adviser on social policy to Tony Abbott, when he was opposition leader and prime minister. Prior to working with Abbott, Moreland worked in public relations and communications roles, including for Racing Victoria. Between 2015 and her appointment to the AAT in August 2017, she was employed by the Liberal-friendly issues management firm Newgate.

Moreland has no legal qualifications and has begun studying for a law degree while employed as a full-time AAT member on up to $245,000 per annum. She is set to complete her studies in 2024, the same year her appointment expires.

Donald Morris has worked for the Liberal Party his entire professional life. He started in Tasmania with senator John Watson; was speech-writer/researcher for the Tasmanian governor; private secretary to three senate presidents (2001-2007); worked for Tasmanian Liberal leader Will Hodgman (2007-2010); was senior adviser to Victorian premiers, Ted Baillieu and Denis Napthine; and was a senior adviser to the government’s former senate leader Eric Abetz.

Helen Kroger was a member of the Young Liberals in the 1970s, rising up the ranks to become Victorian Liberal Party president from 2003 to 2006. She is a former Liberal senator and was once married to Victorian Liberal grandee Michael Kroger. In 2016 she made an unsuccessful run for the federal seat of Bruce.

Helen Kroger has no legal qualifications. She was appointed as a part-time member of the AAT in 2017 and has reportedly maintained a Liberal Party role as president of the party’s women’s committee.

Donna Petrovich, a former Liberal Party member of the Victorian Legislative Council, failed to win election in federal parliament in 2013, and in 2014 failed in a bid to gain a seat in Victoria’s lower house. She also made a failed preselection bid for the seat vacated by defeated Victorian premier Denis Napthine. Petrovich has no law degree. She was made a part-time member of the AAT in December 2018.

Nick McGowan too has twice failed in his attempts to be elected to parliament, in 2013 and 2018. McGowan, a Facebook friend of Abbott loyalist Michael Cooke, was appointed to the Migration Review Tribunal in 2014, without being interviewed for the role. McGowan has no legal qualifications. He is a full-time member of the AAT, appointed until 2024.

Have you had any dealings with the AAT? Anything you think our readers might like to hear about? Email boss@crikey.com.au. 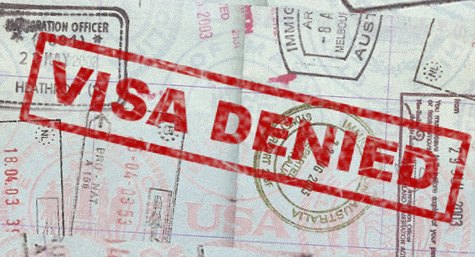 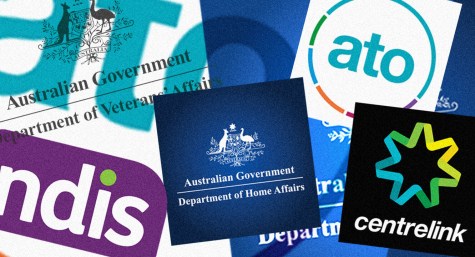