The award-winning cartoonist is now the eighth high-profile departure from The Australian this year.

Jon Kudelka, the multiple Walkley-winning cartoonist and long-time contributor to The Australian and The Hobart Mercury is leaving News Corp for more progressive pastures. He is set to join The Saturday Paper as its new political cartoonist.

Kudelka is now the eighth high-profile departure from the Oz so far this year. Former China correspondent Scott Murdoch is now with Reuters, while former Indigenous affairs reporter Stephen Fitzpatrick filed for The Monthly in May. Social affairs writer Rick Morton and investigative journalist Anthony Klan both also left in the space of a weekend. Morton has since found a new home as a senior reporter at The Saturday Paper.

Political reporter Primrose Riordan, who had announced her exit weeks earlier, has since joined the Financial Times in Hong Kong. Strewth columnist (and frequent Kudelka collaborator) James Jeffrey announced he was quitting to become opposition leader Anthony Albanese’s speechwriter. And Chip Le Grand, the paper’s chief reporter in Melbourne, who had frequently defended the Oz against some of its fiercest critics, is now with The Age.

The flurry of departures in the aftermath of the Coalition’s shock election victory in May perhaps points to a growing tension between reporters and an increasingly dogmatic, conservative editorial line. Morton’s exit came not long after he appeared to bemoan the increasingly partisan direction his former employer was taking, telling a group of journalism students that “the craziness has been dialled up”.

In a tweet announcing his exit, Klan said he had “serious misgivings about the direction that is now being taken” at the Oz.

Since the election, the paper’s ideological stances have hardened. It is currently facing a boycott in response to its campaign against transgender children. The national broadsheet has also spent the last few days attacking teenage climate activist Greta Thunberg.

It’s unclear whether Kudelka’s move was the result of political differences — around the time of his unveiling, he scrubbed about five years’ worth of tweets from his Twitter account. Still, it’s another big coup for The Saturday Paper and leaves The Australian short another of its “good journalists”.

Who’ll be next to flee the Oz? Send your predictions to boss@crikey.com.au. 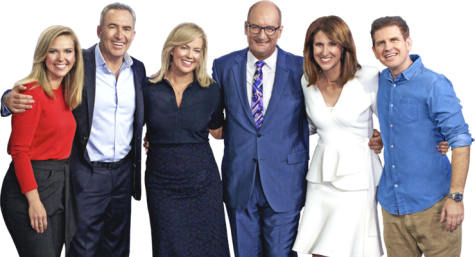 Jon Kudelka will be welcome at The Saturday Paper, as Rick Morton has been. I have missed a cartoon in TSP since Geoff Pryor retired. But I hope TSP keeps Maxine Beneba Clarke on as her poems have made a serious contribution to its topical content – she is one hell of a great poet.

Yes – exactly what MJM said. TSP maintains its run of excellent cartoonists. Pryor has been sorely missed but Kudelka will be welcomed.

I haven’t missed the cartoons at all. I much prefer Maxine Beneba Clarke’s poetry.
I guess as long as they don’t bring back Sad Bull.

Funny that this mornings Crikey has a column about Journalists have to be devotees of the current party Chairman
Now this
Will NEWS CORP introduce a similar test to weed out people who are not devotees of the extremely shifty Murdoch pair, Free Speech screams the NEWS CORP papers but they should put in brackets (not yours, OURS)
Ever see criticism of Murdoch in NEWS CORP ever get a letter or comment published that criticized them

Journalists working for Murdoch have no option but to toe the ideological line expected for their continued employment. Eventually they self lobotomise or leave. Extremists are given free rein and revel in this “club”environment. They rise to management level if they can out perform their peers.
News Corp is the prime agency in Australia promoting climate science denial. It is unashamedly the glue that enables Fossil Fuel Corporations to be in lockstep with the Liberal National Party, promoting profits over environment issues and at the same time suppressing competition from renewables.
Three Prime Ministers promoting climate action have been unceremoniously removed from office!
Meanwhile, Coal subsidies continue, our PM even hugs his lumps of coal in our Parliament!

In Australia, 2018, The IMF estimates that annual energy subsidies in Australia total $29 Billion, representing 2.3 per cent of Australian GDP. On a per capita basis, Australian fossil fuel subsidies amount to $1,198 per person.May 13, 2019

Anyone supporting any organization that is denying climate science, working for it, or buying product from it, or supporting its services is also CULPABLE.

Big tobacco and certain asbestos companies deliberately mislead the public, their business products continuing to kill people to continue making profits.
Big Coal and Big Oil are no different, but their $Trillions in profits dwarf the hundreds of millions of people who even now suffer from climate pollution effects.
Corporations never die, they will not give up their poison chalice of fossil fuel profit.
Laws must be passed to convict people who obscure the facts of climate change for profit.
Greta Thunberg is angry. We should all be angry!

Got a lot of time for Riordan from what I’ve seen of her in a couple of visits to the ABC. No political agenda, no Muppet pretentions, no Murdoch political barrow to push, and binocular vision – like (but obviously different) from a young Farr.
Surprised I was to see Riordan on the ABC a couple of weeks ago from Hong Kong – surprised and delighted she’d gotten away from Murdoch’s Cracker Factory – maybe she’s just “shit intolerant”?.

Well, you missed your chance, Crikey. Kudelka would’ve been a prize catch.