Michael Cooke’s versatile world: from political neutrality to Liberal lobbyist, and back again

Within the senior ranks of a tribunal that oversees appeals against government bodies, is a former lobbyist.

Michael Cooke had spent 10 years immersed in the politically charged work of migration and refugee appeals. But in 2010, with a Labor government in power in Canberra that didn’t share his political worldview, Cooke’s term on the Migration and Refugee Review Tribunal finished and he needed a new career. So he became a political lobbyist.

With the election of a NSW Liberal government in 2011 and a building boom underway, Cooke’s party connections — in particular his network of conservatives occupying influential government positions — would prove valuable.

Fresh from his role on the independent tribunal, Cooke returned to his roots by helping on the election campaign of local member, and later NSW premier, Mike Baird. He then joined a political lobbying firm called Hugo Halliday as a senior government relations consultant. The firm is owned by a veteran conservative NSW (then) Liberal, Bill Pickering, who at the same time was a councillor (and sometime mayor) on the local Ryde city council.

Hugo Halliday announced Cooke’s appointment effusively: “He is a former political adviser to federal opposition leader Tony Abbott. Michael has been actively involved in political campaigns at all levels of government for many years including the very successful re-election of NSW treasurer, Mike Baird, in March 2011.” With Mike Baird as NSW treasurer and Tony Abbott heading for the prime ministership, Cooke was connected with a capital “C”. The Hugo Halliday lobbying firm’s fortunes, too, were set to zoom. In 2010 it had three clients, according to NSW lobbyist records. Over the next four years it ramped up to 23 clients and came to rival better known names like Crosby Textor and Newgate.

Most of the firm’s clients were property developers, looking to smooth the way through government approvals.

At the same time as he was a Hugo Halliday lobbyist, Cooke set up a separate political lobbying company, Cromarty Communications Pty Ltd, with himself as director. His main client was another Sydney property developer, Sarkis Nassif’s Holdmark Property, which was in negotiations with Ryde city council over proposals for large residential developments. Cooke’s then-employer — and owner of Hugo Halliday — Bill Pickering was a councillor on Ryde council at the time.

Pickering declined to be interviewed by Inq on this apparent tangle of interests, but in messages relayed through an employee he described Cooke as “only ever … a sub-contractor”. He agreed that Cooke’s company “may have had Holdmark as a client” but that “neither Michael nor any representative from his firm” ever approached him about Holdmark.

Holdmark did not respond to questions about Cooke’s role as their lobbyist.

In addition to Holdmark, Cooke’s business also worked on behalf of the St George Illawarra Rugby League Club, according to lobbying records.

By mid-2014, the NSW government had introduced new laws to make political lobbying more transparent, and in July Cooke returned to tribunal life in the first batch of appointments under the Abbott government when then-immigration minister Scott Morrison appointed Cooke to the Migration and Refugee Review Tribunal. In 2015 his job was transferred to the AAT when it absorbed the two tribunals.

Inq has established that Cooke’s consultancy business, Cromarty Communications, remained on the ASIC register for more than two years after his appointment — but may not have been active — and was only de-registered in August 2016.

A spokesperson for the AAT said members are required to complete a private interests declaration during the process of appointment to the AAT, but would not confirm whether Cooke had done so.

“The AAT provides information and training to members to assist them in understanding their responsibilities as statutory office holders”, the AAT statement said, noting that it was up to members to “avoid and, where necessary, disclose conflicts of interest” rather than the AAT conducting checks.

Michael Cooke has not responded to Inq’s questions as to whether or not he declared the existence of his business when he joined the AAT.

Cooke was appointed in 2014 first as a member, with an annual salary between $194,000 and $250,000 in today’s terms (the AAT refuses to confirm the precise amount). A footnote in the tribunal’s 2016/17 annual report records that as of July 1, 2017, Cooke was to be promoted to the job of senior member with an automatic annual pay rise of up to $100,000 (the tribunal refuses to confirm) on a fixed-term contract for a further seven years.

Read the first part of our investigation into Michael Cooke here. Read the full Inq series on the AAT here. 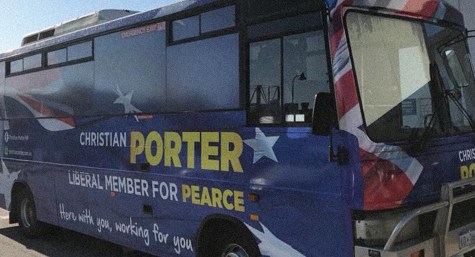 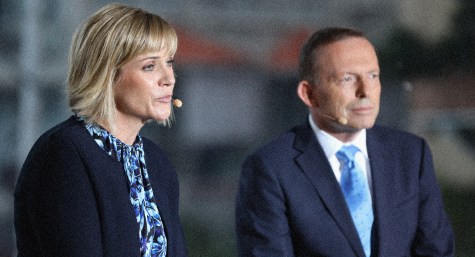 The opinionated former flight attendant with the power to judge