A new documentary, The Brink, follows former Donald Trump adviser Steve Bannon as he searches for footholds for his murky brand of populism.

Before he joined the campaign that elected Donald Trump US president, before co-founding Breitbart News, before his time as the “Leni Riefenstahl of the Tea Party movement“, Steve Bannon was something of an aspiring movie magnate.

Alongside his work as a producer on credible — if financially disastrous — movies like Sean Penn’s The Indian Runner and Julie Taymor’s Titus, Bannon pumped out conservative agitprop with titles like In the Face of Evil and Fire From the Heartland.

Alison Klayman’s new documentary The Brink opens with a surreal anecdote about the making of the last of Bannon’s nine films as a director — 2016’s truly bizzarre Torchbearer, “starring” Duck Dynasty alum Phil Robertson. The shoot took Bannon and his crew to the Nazi death camps of Auschwitz-Birkenau. Bannon notes that he found Birkenau the more haunting of the two because, unlike Auschwitz, it had been built from scratch by “German precision engineering”. He marvels, speaking through that knowing half-smile, at the thought of the planning meetings: “There were good people, in Germany, planning all this.”

What exactly he is trying to illustrate with this point isn’t clear. The banality of evil? Is he comparing the liberal elite in the West to the German society that allowed Nazism to rise? Or just noting what you can get any group of people to do, given the right circumstances? Bannon spends a lot of time in this mode; he throws around a provocation, an allusion, but in the end there’s nothing you can quite pin to him.

As it turns out, it was his time in Hollywood that made The Brink possible.

“The opportunity to follow Bannon around was almost entirely down to my producer, Marie Therese Guirgis, who worked for him in the early 2000s during his wannabe Hollywood mogul phase,” Klayman told Crikey.

Following Bannon’s move into the muckiest edges of politics, Guirgis got back in contact “just to register her displeasure about what he was doing”, Klayman said. “During this correspondence she had the idea of doing this vérité-style documentary following him around; not about meeting him in an interview setting, which I don’t think he comes to in good faith.”

“He said no initially, but I think he was eventually swayed by the idea that it would be a good film, a film that would be played at film festivals, that would have some prestige.”

Across 90 chilly and brisk minutes, The Brink charts the year after Bannon left the Trump administration, where he shops his ideas around Europe. “Any populist party that looks viable, I’m going to help them out,” he says. The film shows us this voice of disenfranchised working class, taking private jets, staying in five-star hotels, reading quotes from his war histories.

At the same time, the film charts the chaos — the same “profoundly disorganised” man described by Michael Wolff’s Fire and Fury. During one scene, Bannon scolds his colleague Raheem Kassam for an apparent inability to get anything done. He hangs up and immediately appoints his nephew/assistant Sean as Kassam’s replacement. Whether Kassam is ever informed of his demotion, or his demotion even goes ahead, the film doesn’t make clear. 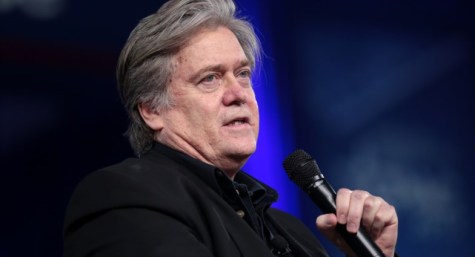 One current of the film is the media attention that Bannon thrives on and invariably gets. He has a grimy charisma, a memorable turn of phrase, a reasonably quick wit. And he clearly loves it. Time and again we see him beam and thank everyone after combative interviews. Klayman said the risk that The Brink might contribute to his notoriety was her “number one concern” in making the film responsibly.

“People are worried about the movie humanising him — but in some ways, that’s scarier,” she said. “He’s a human, not a mastermind. I still came away thinking this is a formidable guy, and you can’t underestimate him. But he can be beaten.”

The Brink is largely a catalogue of failures, starting with the 2017 special election in Alabama, where Bannon-advised incumbent and alleged sex offender Roy Moore was ousted for the state’s first democratic senator for a quarter of a century. It ends with the 2018 elections, which elected a history-making number of women, LGBTIQ candidates, and particularly women of colour — surely a conclusive refutation of Bannon’s politics. Klayman said this was no reason to underestimate him.

“I think he’s still dangerous. He’s supported by deep pockets, and there’s no bottom to what he will say or do.

“A lot of people do say [about Bannon’s movement] ‘I just don’t want to look at this’. I think appreciating what is dangerous about him, what’s effective about him, what’s human about him is incredibly important. I think we need to examine the idea of what we’re afraid to see.”

The Brink is available to watch on DocPlay now.

How much attention should the world pay to Steve Bannon in 2019? Send your thoughts to boss@crikey.com.au. Please include your full name for publication. 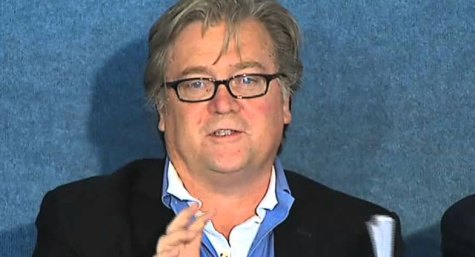 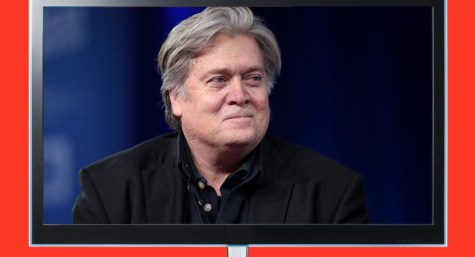 Weeds can flourish anywhere – their optimum conditions are so loose.

Aside from the article . What’s happened to Crikey ? It’s become a smog of a blog lately in its presentation.