The Coalition has launched another investigation into conditions on the Great Barrier Reef. But is it really about the science, or just a chance to attack Queensland's Labor government?

This week, the Senate approved a Coalition-backed inquiry into the “evidence-based regulation” of farm run-off along the Great Barrier Reef.

While the terms of reference seem benign enough, the inquiry appears to be an attack on the Queensland state government’s new laws extending run-off regulations along the Great Barrier Reef.

Federal LNP Senator Susan McDonald tells Crikey that unpacking the evidence base is “about transparency and consultation for the most impacted stakeholders”, such as farmers, who feel “their efforts to improve land use have been dismissed as the Queensland Labor Government pursues a clear anti-farming agenda”.

But is there a legitimate reason to question the science underpinning these laws, or is this another franking credit hack job, with scientists simply collateral in a culture war?

What exactly is under fire?

The reef is in crisis. Half its coral has been bleached and new coral has declined 89% since 2016. But after climate change, the biggest source of the damage is water run-off. According to federal government body the Australian Institute of Marine Science (AIMS), increased sediment loads in the water smother coral, reduce light availability and favour growth of harmful macroalgae. Queensland’s package, passed overnight, extends run-off regulations to catchment areas and industries that were not previously covered.

Queensland’s minister for environment and the Great Barrier Reef, Leeanne Enoch, tells Crikey that the legislation follows over two years of stakeholder consultations and has undergone a number of subsequent changes, the latest of which were made this week.

“The entire grazing minimum standard in the legislation was rewritten after consultation with AgForce and graziers, to ensure it applies only to land in poor condition,” Enoch said.

Enoch also pointed to the large body of research undertaken at both a state and federal level which emphasised the need for new regulations. While many of these reports are independent, and compiled by the government’s own scientists, they have been consistently undermined and challenged by the Coalition.

Last month, Environment Minister Sussan Ley went on a tour of the reef and decided it wasn’t dead. Ley’s conclusions were well-received in the media, getting a glowing write-up in The Australian. Two weeks later, the Great Barrier Reef Marine Park Authority, a government organisation, released its outlook report, which downgraded the reef’s long-term outlook from “poor” in 2014, to “very poor” in 2019. In response, Ley wrote an opinion piece in the Ninefax papers where she declared “the reef is not dead”, making no mention of the report’s downgraded prognosis.

That same day, the government released the Reef Water Quality Report Card, which concluded that industries around the reef were falling well short of best practice targets. That report, produced by the Commonwealth and Queensland governments, had been available weeks earlier, but was released the same day as the outlook, a tactic reminiscent of the way emissions data is dropped. 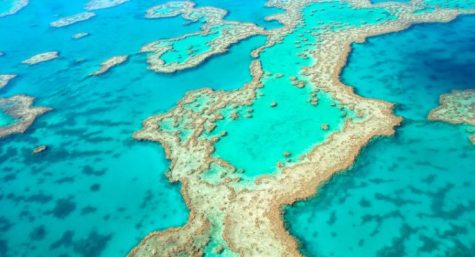 But the recent release of the report card also makes the proposed Senate inquiry seem even more irrelevant, and adds greater weight to the criticism that it is purely political.

Questioned on why the evidence base needs an inquiry, McDonald says farmers “feel the new regulations are based too much on modelling rather than tried and tested data”.

“One example [of an uncovered cause] is assessing the amount of erosion caused by the damage feral pigs do to creek and river banks.”

Unsurprisingly, the inquiry has drawn ample criticism. Conservationists have labelled it a politically-motivated attack on Queensland’s Labor government, and an opportunity to give a platform to Peter Ridd, a climate change denier whose views on the reef are at odds with scientific consensus and who helped farmers’ groups lobby the Coalition to hold the inquiry in the first place.

Professor Terry Hughes, one of Australia’s leading reef scientists and an award winner for science advocacy in the face of government censorship, told Crikey that the Senate inquiry, which effectively undermines the conclusions of the government’s own experts, was an attempt to “muddy the waters” around climate science and the health of the reef.

Responding to the criticism, McDonald said the government wasn’t taking issue with the scientists, but giving them an opportunity to have their work reviewed, while also making sure farmers, local governments and communities had adequate input into Labor’s regulations.

“Without an Upper House in Queensland to keep the Labor Government in check, its methodology needed investigation,” McDonald said.

But for Enoch, the government’s decision was just the latest chapter in its war on science.

“This is the extreme right of the LNP flexing its muscle and politicising science to push their extreme ideologies,” he said. “The Federal LNP is divided amongst itself and is openly criticising peer-reviewed, published, scientific evidence that underpins their government’s own policies.” 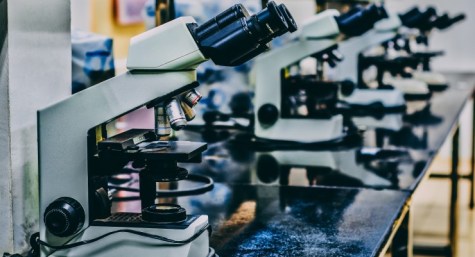 I wonder if feral pigs do as much damage as Pollies with their snouts in the trough?
But as old Marxie said “The rich and powerful would rather lose everything than give up one small part of their wealth or privilege”. Change Rich and Powerful to Western society and kiss your rump goodby.

I don’t think there are many feral pigs left in the wild, most of them have been pre-selected for LNP federal seats and are now in parliament, Christensen is the leader of their faction.

On the bright side, the right is increasingly demonstrating its greedy self-interested irrelevancy. They are becoming the church and the aristocracy fighting back against the Enlightenment. The more they do, the more foolish and irrelevant they become. But we keep voting these idiot in. Go figure!

old greybearded one
Reply to  Been Around

And the damage the buggers do is immense

You gotta love this lying Govt upper houses are wonderful if they run them,but once they lose control there the worst thing going funny that

Yeah let your work be reviewed by a mob of coal toadies and ignoramuses. What could go wrong?

Sussan Ley? …. I thought she was the “Minister for Gold Coast Real Estate Buying Junkets”?
Why spend all this money?
Why can’t she just release the findings of this inquiry – instead of playing the proctologist, going through the motions?

[No doubt this “inquiry” of hers will be out and about seeking the opinions of “experts” that farmers like; like Peter Ridd, Andrew Blot, Matt Canavan, Cousin Jethro, Renee Viellaris, et al?
If only farmers had been doing what is now known should have been done : rather than what was done and is so cheap to continue doing?
All that tropical situation, all that seasonal rain, all that cleared land -> all that run-off…..?]

As a person born and raised in far north Queensland, with a family that stretches back, a few or more generations of mostly cane farmers, I think I have some basis on which to speak.

Sussan Ley, minister for the dead and dying Murray Cod; can slow blink her eyes at the camera as much as she likes. Her opinion is just that, an opinion.

I am sure she was taken to part of the reef that was full of color, just as Pauline Hanson was. There are some fabulous bits left, and the tourists should certainly visit, like Obama did.

As a person who has snorkeled and dived extensively on the length and breadth of the reef, the GBR, as we know it, is dying from neglect, mis-management and wilful ignorance. This has been the case for at least the last 3 decades if not much longer.

The reef is adapting as fast as it can, moving into deeper water and south, very much further south.

Run off has been identified as being one of the few factors that we have any control of and the cane farmers are doing their best. Yet, no one mentions the banana farmers, which is also an enormous industry that have large areas of exposed earth and lots of chemicals. Nasty chemicals. As for the people clearing enormous swathes of land on the tablelands, well they too need regulation.

And so, this inquiry is nothing but a waste of money that is going to be used to bash the Queensland government.

Why are they not holding an inquiry into the endangered alpine grasslands that have been mismanaged by Jam Land Pty Ltd??

Other than appointing Mick Kelty to “look into” the Murray Darling Basin Authority, what is this federal government doing, to get clarity around the purchase of Goanna water from two properties at the head of the darling river facilitated by Angus Taylor and his wife Louise Clegg?

Perhaps the federal government would like to explain what the private foundation that received about one half of a billion dollars has been doing in the interim, since Malcolm got so generous with our money?
Are they being advised by the physicist that was recently fired for expressing nonsensical opinions regarding climate change?

I am not a marine scientist (I started the course in 1977 and realized that I would never make enough money to be able to support my family on a scientist’s salary) and actually went on after a period of time to finish qualifications at a post- graduate level in physics based course.