Make your choice: it's either total abandon, or commitment to collective action. There is now no middle space to hide in.

Hours before they’re due to march, people have begun gathering for the global climate strike.

There’s little to report on the global climate strike as we go to press. It begins here, on Australia’s east coast, in the middle of the day, and spreads around the world for a week, culminating in New Zealand on September 27. Led by students, it has spread to workers, though it is still predominantly an act of the young.

Will it build, year-on-year, to become simply a global strike? Or will it crest and fall, like the global anti-capitalist movement of the late ’90s, or Occupy of 2010, to become a memory? That is not the most important question at the moment. The most urgent matter is to do it, for the young to lead, and for adults to overcome the resistances of age, sloth and habit, to join it.

If you’re reading this at lunch, and you haven’t arranged to attend, try and do it now. Assembly locations are listed at global climatestrike.net.

It has started to become clear to millions that the climate and biosphere emergency is not a matter of the future, even the near-future; it is a matter of the moment-by-moment present. For decades in our culture, the passage to the future has been steadily more individualised: what will I do? What will I become? Most people barely asked that 100, or even 70 years ago. Only the named generations — silents/greatest, boomers, X, Y/millennials — had this at the centre of their lives. But it is now not simply a question of what will happen if one does nothing, but of what happens now if one does nothing. 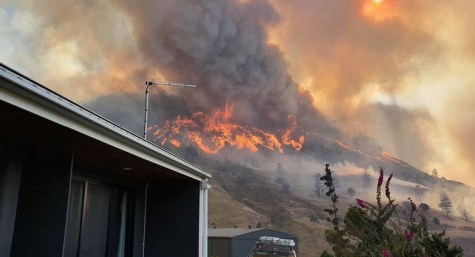 Critics of the limited action we undertake — “you believe in climate change, but you took your bleeding spouse to hospital IN A CAR! Advantage mine, I think” — accuse us of making symbolic and empty gestures in our protests. In fact, it’s the opposite. The inherited form of individualised life, with its personal trajectory, its goals and benchmarks, is being drained of meaning in the face of universal challenge — for both those entering adulthood, and those now in it.

What does this or that petty career or artistic project or achievement really matter, if exclusive or overwhelming focus on it simply makes it more likely that the society in which it is meaningful is set to come apart? Really, who needs your dumb new product, your pointless book, your tiresome indie movie, etc etc, if there is no future in which to imagine it?

No one who really strives for meaningful achievement does so with a single lifetime as a frame. The fact or possibility of one’s actual children, or a more general notion of future generations, is essential to any sort of life that is projected, that involves projects, in which the meaning of work today is underwritten by the future result. In the shadow of the climate catastrophe, cast from future to present, it is clearly still possible to live a life of pure sensualist hedonism — anything from BASE jumping to sex, drugs and hip-hop — and that makes it clear that the need to respond to the climate/biosphere catastrophe has passed from being a merely moral-obligational demand, to being a moral-existential one.

It’s either total abandon, or commitment to collective action. There is now no middle space to hide in.

Cultures and societies which don’t respond to it — collectively, militantly, non-tokenistically — will simply have the bottom drop out of their world, and of many individual lives. The problems faced, globally, by indigenous people — being deprived of a cultural future and the meaning of intergenerational transmission, with the resultant destructive impact on individual lives — are going to become everyone’s problems, since the human species is indigenous to planet Earth. 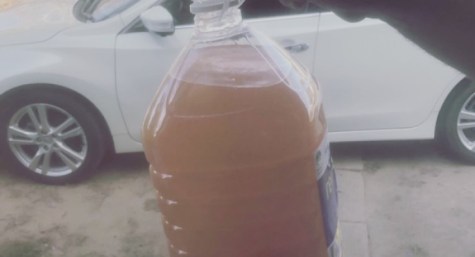 If water is life, our country is now a graveyard

To not make a real contribution to this struggle is not merely to make a great deal of present action pointless, it is to make many lives wasted ones in retrospect. All those years spent in beige offices, looking at PowerPoint slides, the unnecessary business trips, the finessed document, the mortgage flip, the private school fees — what will they have been but a ceremonial dance in a way of life being killed?

That will become obvious eventually, because the current strike/emergency movement will lose energy and momentum at some point (though not in the same way as the late ’90s movement, which was still largely done for “the other” — the landless peasant, the child factory worker — and could be retreated from to private existence). Because, when this movement flags, it will have an effect. There is already a wave of suicide and self-harm among the young, with climate change cited as a factor; if that swells, it will shake us to our marrow.

The young do not have the satisfaction of a partially lived life to fall back on, nor the accumulated habits — work, status, fatalism, nostalgia, the sofa, wine and Netflix — to fall back on, as a shield against the truth. They don’t have to make an effort to live without illusion; the reality is right there facing them as their future. They have no option but going forward, and we have no moral option but to support them, and widen the front of the struggle, as a week of global action gets started…

This article is being written as part of the strike. The writer will be donating a proportional part of his wage to the strike, and encouraging his employer to do the same. 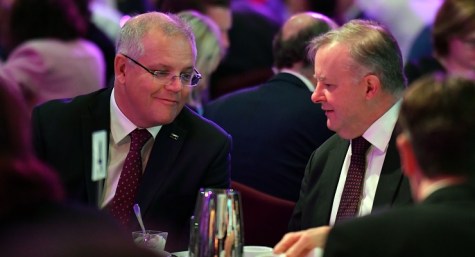 Is centrism the new denialism? Climate debate takes a strange turn to the middle 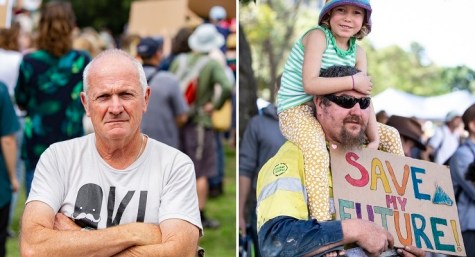 The coal workers striking for the climate

“There is already a wave of suicide and self-harm among the young, with climate change cited as a factor” –

One worries about the the mental fragility of the young – wait till they hit reality e.g. an economic downturn? Now doubt mass suicide among the young , whilst their elders have to battle on and stabilise the situation.

Perhaps young people’s minds are so fragile because they’ve spent their whole lives “hitting reality”. Maybe they realise there’s a connection between the rapacity of capitalism, its boom–bust cycles, its incessant need for growth, and the very real environmental problems which make them so anxious. When the lakes run dry; when the rivers flood more and more intensely; when the rainforests burn; when oceans keep rising; when they have to go to school with summer temperatures rising to 47 degrees in the shade, jeopardising the health of their eldest and youngest relatives; when they see the futility in an education and “career” which will place them in a position within a government or corporate department in which they’re paid to give environmental advice which is never listened to; when they see mainstream politicians, big business, and the dominant media deliberately misinform and disinform the public about these problems, or suggest we can’t do anything about it, or still suggest that if we have to do anything at all then it should be as incremental and “business friendly” as possible; and then when young people become disillusioned because raising these concerns makes them “alarmist” and “radical”, delegitimising what has been their entire life experience — what, then, is not “real” about this life of existential anguish?

Our generation gets lovely things to think of like:

How can I afford a house to raise a family?
If I have a family, what sort of world will I bring my child into?
In an overpopulated world that contributes to the current unfolding ecological disaster, is it morally right for me to bring a child into this world?

And as for the economy, continuing wealth stratification means the younger middle class has been eviscerated already, no recession required.

they know they’re heading for oblivion.

Holy cow Desmond. Get your hand off it. Comparing a trivial economic downturn to the survival of human and other species, and making out how strong and resilient you have been for having survived an economic downturn.

Could you be a more out of the loop, old, white male?

They’ve got the reality, Desmond. You haven’t. Yet.

Been Around
Reply to  Desmond Graham

Desmond: We live in societies, communities and the ecosystem. We do not live in a fucking economy.

Well put. I remember my younger work colleagues anti nuke protesting in the mid 80’s. It seemed genuine, but mostly anti Regan, and I thought mostly futile. But wow, come later in the decade and there’s Regan and Gorbachov in a Lennon/Ono love in. And we all survived a few more decades as a result.

Not remotely the same, not in the same postcode. Fear of possible but unlikely nuclear conflagration versus certain annihilation unless governments across the world undertake never before seen agreement and coordinated action.

Guy, many of us share the desperation. And, yes, we can all make personal contributions to meaningful changes. But then the despondency set sit – 30 more months of an idiotic Muppet government. Make sure you wear a hat and sunscreen.

BA…muppet government is what it is no doubt, but we only have one realistic alternative so Labor had better get cracking with some real plans to start fixing this mess and getting everyone , not just the idealistic youth, onside.
At least my local Labor member Stephen Jones turned up for the Wollongong rally and was shaking hands and talking to people near the stage…not sure why he was not invited to say a few words, but those that did speak were very enthusiastic and earnest, and the crowd was on fire..!!
This movement does seem to have what it takes to keep growing and gaining power.
Bless those youngsters, they are a lot more decent and switched on than Alan Jones.

Maybe if the parents and grandparents of these kids had been more active in holding govt to account on the perils of climate change we wouldn’t be facing such a crisis now. More power to them .

Could not agree more with Guy Rundle. If we of the baby boomer generation in Australia, who really enjoyed the best of what this country has/had to offer, haven’t had the strength to force our leaders to do something, anything, to combat the effects of climate change, then we should give our support and blessings to the young, who despite their many real and imagined foibles, are the future. We owe it to them.

Baby Boomers turned out to be the ME generation and now Nature, not to be denied, is playing catch up.