The NSW abortion bill has been derided by opponents as "radical". How does it stand against the rest of the country?

A bill to decriminalise abortion in NSW is causing tension within the Coalition government, headed by Premier Gladys Berejiklian.

The bill — which is based on similar legislation in Queensland and Victoria — has been the subject of countless opinion pieces, social media commentary and media interviews with both state and federal politicians.

The proposed legislation has been labelled “radical” by former prime minister Tony Abbott. 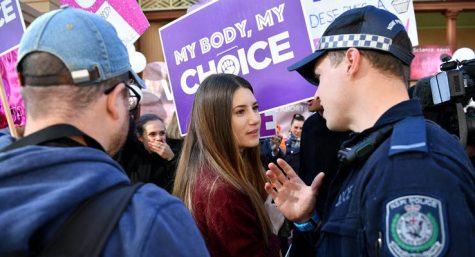 So how different is the bill to other laws around Australia, or indeed the current situation in NSW?

As it stands, abortion remains in the criminal code in NSW. Decisions made by the courts, however, mean that abortion is lawful in a number of circumstances.

The NSW Crimes Act 1900 makes it a criminal act, punishable with jail time, for a woman to procure or perform “unlawfully” an abortion on herself, or for another person to “unlawfully” perform on or “unlawfully” supply or procure the means of abortion for a woman.

But the word “unlawfully” is not defined by the act, which has left the courts to decide what constitutes a lawful or unlawful abortion in the state.

The determination by Judge Levine in the 1971 case of R v Wald defined lawful and unlawful and is the basis for further decisions made by the courts around abortion in NSW.

Judge Levine found that an abortion was lawful if it was performed with the “honest belief on reasonable grounds that [the abortion] was necessary to preserve the women involved from serious danger to their life, or physical or mental health” if the pregnancy were to continue. The ruling allowed doctors to consider social and economic factors.

Further case law expanded on this, allowing for an abortion to be legally performed if it posed serious danger to a pregnant woman’s mental health after the birth of a child.

Abortion in other states

Below, Fact Check has collated the key points of the legal status of abortion for states other than NSW.

Queensland decriminalised abortion in late 2018. Fact Check looked at the new law in detail at the time.

Queensland’s law makes abortion legal for any reason up to 22 weeks.

Like the proposed NSW legislation, after 22 weeks, two medical practitioners must consider “all relevant medical circumstances; and the woman’s current and future physical, psychological and social circumstances” as well as professional standards and guidelines. 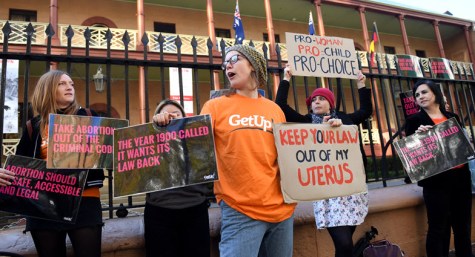 Victoria decriminalised abortion in 2008. Fact Check recently looked at how abortion statistics had changed in the wake of decriminalisation in the state.

The Victorian Abortion Law Reform Act makes abortion for any reason legal up to 24 weeks, while after 24 weeks, two doctors must agree that in all the circumstances an abortion is appropriate.

While very similar to the circumstances that must be considered in Queensland, the Victorian law does not make mention of professional standards and guidelines.

A doctor with a conscientious objection must inform a woman seeking an abortion of this objection, and refer her to a doctor who they know does not have an objection.

Abortion was decriminalised in the ACT in 2002.

The Medical Practitioners (Maternal Health) Amendment Bill sets out that an abortion may only be performed by a registered medical practitioner in an approved medical facility.

The ACT also allows for conscientious objection, though it the law is expressed differently to that of Victoria and Queensland.

Unlike laws in other parts of Australia, the ACT does not contain legislative differences for abortions after a prescribed gestational limit — abortions are legal for any reason at any point in a pregnancy.

Abortion remains in the Criminal Law Consolidation Act in South Australia where “unlawful” abortion is punishable with life imprisonment for women and doctors. Amendments to the act however, allow for lawful abortion up to 28 weeks in certain circumstances.

Firstly, abortion is legal if two medical practitioners — who have personally examined a woman seeking a termination — are “of the opinion, formed in good faith” that the continuation of pregnancy would involve greater risk of injury to the life, physical or mental health of the woman than if the pregnancy were terminated.

The law also allows for termination if the two doctors believe there is a substantial risk that if the child were born it would suffer from “such physical or mental abnormalities as to be seriously handicapped”.

Like the ACT, no medical practitioner is under any duty to perform an abortion in South Australia.

There is nothing in the legislation requiring a conscientious objector to refer a woman to another doctor who will perform the abortion.

A woman must have been living in the state for at least two months in order to have an abortion in South Australia, and the procedure must take place in a hospital.

The Acts Amendment (Abortion) Act 1998 removed offences relating to abortion from the criminal code and amended the Health Act to regulate abortion in Western Australia.

Abortion is legal up to 20 weeks in the state with informed consent. The act stipulates informed consent can only be given if the medical practitioner has offered the woman a referral to counselling services.

After 20 weeks, two doctors on a panel of six must agree that the mother or the unborn child “has a severe medical condition that, in the clinical judgment of those two medical practitioners, justifies the procedure”.

Unique to Western Australia are specific laws relating to pregnant girls — those aged under 16.

The bill legislates that a “dependent minor” cannot give informed consent unless her parent has been informed that an abortion is being considered and given the opportunity to participate in a counselling process.

On the matter of conscientious objection, the Western Australia law says that no person, hospital, health institution, other institution or service is under any duty to perform an abortion.

There is no requirement to refer a woman to a doctor without an objection.

Abortion was decriminalised in Tasmania in 2013.

The Reproductive Health (Access to Terminations) Act makes abortion for any reason legal up to 16 weeks with informed consent.

In forming that belief, the practitioner must “have regard to the woman’s physical, psychological, economic and social circumstances”.

The Tasmanian law says that a doctor with a conscientious objection has no duty to perform an abortion but must provide a woman seeking an abortion with “a list of prescribed health services from which the woman may seek advice, information or counselling on the full range of pregnancy options”.

According to the Termination of Pregnancy Law Reform Act 2017, abortion is legal in the Northern Territory up to 14 weeks if a “suitably qualified” medical practitioner considers the abortion is appropriate in “all the circumstances”.

This includes all relevant medical circumstances, the woman’s current and future physical, psychological and social circumstances and professional standards and guidelines.

After 14 weeks, but before 23 weeks, a second medical practitioner must assess the woman seeking an abortion and must also consider the abortion appropriate in all the circumstances.

After 23 weeks an abortion is only legal to preserve the life of the woman.

A doctor with a conscientious objection in the Northern Territory must inform a woman seeking an abortion of this objection and refer her to a doctor they know does not have an objection in relation to abortions.

According to Greenwich the bill is based on Queensland and Victorian laws, which have been in place since December 2018 and October 2008 respectively.

In its first form, the bill allowed for abortion for any reason up to 22 weeks. After 22 weeks two medical practitioners would need to “consider that, in all the circumstances, the termination should be performed”.

In an emergency, a medical practitioner would not need to consult the second practitioner.

A medical practitioner with a conscientious objection to performing the abortion would need to inform the woman requesting an abortion of this objection and refer her to another doctor or service who (in their belief) would perform the abortion.

The bill as it passed the Lower House

A second draft of the bill was passed by the NSW Lower House, and differs from Greenwich’s original bill in a number of ways.

It also stipulates that abortions after 22 weeks must be performed at a hospital or approved health facility.

Finally, the legislation passed by the Lower House requires there be a review into gender-selective abortion within 12 months of commencement.

A number of amendments to this bill are currently being debated in the Upper House.

At the time of publication one amendment, to change the name of the bill to the Abortion Reform Bill 2019, had passed.

Decriminalising abortion — what now for the other states? 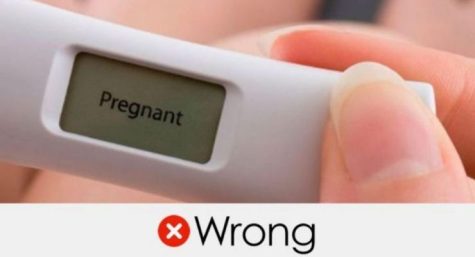 Have abortions after 20 weeks increased 39% in Victoria post-decriminalisation?