How many Ooshies will the Ooshie-smooshers smoosh?

Promising that Ooshies can be recycled has helped Woolworths make a lot of money off its latest child-bribery campaign. But what are the chances that they actually will be?

Too many of us — even those without children — know what an “Ooshie” is. Whether we wanted to or not.

That a range of squishy pencil-top ornaments has entered the public conscience (and our waterways) is thanks to the supermarket duopoly’s pester-power war that’s been raging for the last year or so.

Seriously, what is an Ooshie?

Coles fired the first shot. Their “Little Shop” promotion, launched in July 2018, was wildly successful. It earned them a 5.1% boost in that quarter’s sales, and hurt rival Woolworths — a good enough result to see them repeat the promotion with “Little Shop 2” this year.

Woolworths’ response was to team up with Disney and HeadStart International (the company which makes Ooshies) for a Lion King tie-in, which launched this year in July. 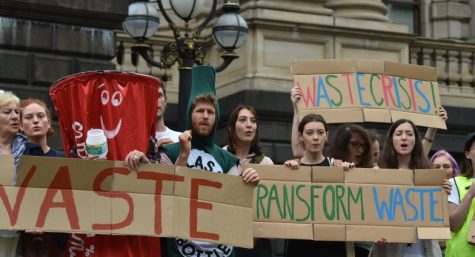 There are more than $100 billion grocery market dollars at stake, and marketers know there is nothing more persuasive than a whining child who needs just one more gold Simba or a miniature bottle of Cold Power to complete their collection of tchotchkes. (The toys come in blind bags, so every trip to the checkout is a gamble.)

Unfortunately for both companies, in the months since the child-bribe-campaigns were put in motion, plastic became a pariah. It’s particularly awkward for the supermarkets to be handing out single-use fads when they’ve just taken away plastic bags. (Also, not a good look that the campaigns were launched in plastic-free July.)

Both companies anticipated the backlash, though perhaps not quite how severe it would be. More than 72,000 people so far have signed a Change.org petition calling for a boycott of Coles over its “slap-in-the-face for all people who care about the future of our planet”. Woolworths found itself accused of “a total disregard for the delicate balance of our ecosystems” in a visually striking protest titled “Future Landfill”, which recreated scenes from The Lion King using the Ooshies at a dump.

Coles, somewhat limply, told consumers they could “recycle the wrappers at their nearest Coles through our in-store RedCycle program”. (Yes, just the wrappers.) Woolworths went one better, claiming the Ooshies themselves are recyclable.

“Recyclable” is a bit of a magic word in consumer psychology. It makes people feel like it’s OK to participate in something they know is environmentally damaging. Woolies has been announcing the recyclability of its Ooshies over the PA in stores, and advising customers about it on prominent signage at customer service desks. It’s partner, TerraCycle, has published videos about the arrangement on its social media accounts.

As Dee Madigan, Executive Creative Director at Campaign Edge, put it to Crikey: “It’s what you would call an ‘innoculation’. Even though they know that people aren’t going to recycle, it does at least innoculate against the charge that it’s just more plastic that’s going to go into the environment. It’s not about beating the problem, it’s about making the problem go away.”

And to a certain degree, it has worked. Comments on social media, where anguished parents vent about the waste generated by the campaigns, regularly compare the “recyclable” Woolworths Ooshies to the “not recyclable” Coles Little Shop toys. Woolworths appears to have gained the virtuous edge on this one.

But how serious is Woolies about making its Lion King Ooshies complete the circle-of life?

It’s hard to say. Woolworths won’t tell us how many Ooshies it’s given out, or how many are expected to be returned to stores for recycling.

What we do know is that Ooshies are, as Woolies puts it, “built to be durable”. Terracycle told Crikey they’re made of a combination of rubber, plastic, and calcium carbonate filler. Recycling them involves shredding them, melting them down at 340℃, then extruding them into pellets. And there’s only one place in Australia equipped to do that — a plant in South Australia.

Terracycle initially told us that they are expecting 50kg of Ooshies. When Crikey suggested that didn’t sound like much, Terracycle first said that if it wasn’t enough material they’d melt them down with other things to fill it out, then suddenly revised the number of expected Ooshies significantly upwards: to “three tonnes, at the lower end”.

But for argument’s sake, let’s say Woolworths does have 315,000 Ooshies returned to its service desks by the end of October, when the recycling program closes (whether kids who’ve invested so much emotional energy into collecting them will be ready to give them up so soon is another matter). Does the environmental cost of trucking them from stores around the country all the way to a furnace in South Australia really absolve anyone of the guilt?

As Madigan says, “It’s like salads at McDonalds. They know no one’s going to have them but they make people feel better about going there knowing it is an option for you.” 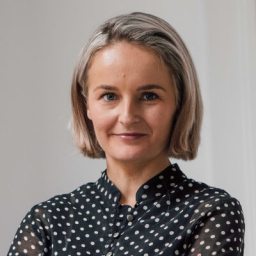 Big and small, Woolies victims come in all shapes and sizes

On the rare occasion I was asked, at the checkout, if I collected Little Shop toys I loudly replied that they were dreadful rubbish. It was the least I could do to discourage those within earshot.

should have been a nice person instead and given them to the person behind you in the queue.

We don’t really need to recycle plastic, but we do need to remove it from the environment. After all, plastic objects are mainly made up of carbon and hydrogen and a hefty dose of energy. We can and do remake the same plastic objects again from the elements easier than by the ritual recycling of our municipal waste. That recycling is hopelessly inefficient, with the contractors routinely dodging the contractual requirement to recycle. Look around your room – there is not a single object in it made from recycled material. Even the empty drinks bottle will not be recycled into another drinks bottle. Let’s leave the word “recycle” for speeches where virtue signalling is expected. Instead, we should remove plastic, in all its forms, at the municipal incinerator.

When ever I hear or read “little shop”, my brain automatically responds with “of horrors”.
Maybe it’s just me.

Gutted that Coles didnt provide the Little Shops when i went for the delivery option. Shouldve shopped instore.

Crazy that we pretend these little irrelevancies are of any significance to the environment. Kids have always had toys and collected stuff.

Feeling gutted because you’ve missed out on some junk ? That is crazy.

its all relative mate. I’ll also feel gutted if Souths lose in the WAFL this weekend, even though it doesnt really matter in the grand scheme of things. 😉