Is it selfish to not read the news?

We're told we have a responsibility to remain informed of the world around us. But what if the cost is too great?

Growing up, reading and watching the news felt like cornerstones of a stable, moral life. The morning paper and evening bulletin were bookends to my dad’s day. They anchored him in the world. I followed him in this habit. But, while the news was a pleasure for my dad, it has begun to feel like an emotional sinkhole for me.

His news — moderated, curated, and taken twice a day — was a focused report from a small clutch of trusted journalists and broadcasters. It helped him decide what to think and care about. My news is a 24/7 tidal wave of information: the product of overstretched, under-resourced newsrooms fighting to engage me through endless feeds, algorithms, and bites of human tragedy — all topped up with brutal pictures, videos, and audio captured on bystanders’ smartphones. I keep expecting it to nourish me, like it did him. But, instead, it leaves me dazed by issues I can’t change or even fully understand.

I’m not the only one that feels this way. Several studies have found that exposure to negative news (which let’s face it, is most of it) increases levels of fear, anxiety, and sadness. It’s not surprising that the latest Digital News Report found “the proportion of Australians who say they are interested in news has dropped from 64% in 2016 to 58% in 2019”. While the number of Australians avoiding news for periods of time has risen to 62%. Of the avoiders, 28% say their decision comes from being “worn out by the volume of news”. 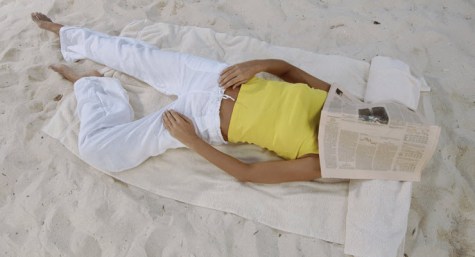 A nice lie down: on news exhaustion and rehabilitation

There are many, many personal accounts of how quitting the news will improve your life. The choice is usually presented as an act of self-preservation where individuals (usually white men) learn that stepping out of the cycle helps you sleep better, worry less, and be a calmer, happier person. These fit into our preconceptions about who gets to reject news culture: those rich, stable, and privileged enough to be confident that their lives will go on pretty much the same no matter how the economy, environment, or parliament are doing. When I fantasise about deleting my news apps these are the people I picture before taking a breath and submerging back into the churning mess.

While researching this article I emailed Australia’s moral compass, Peter Singer, to get his take. He was firm that “in a democracy we all share the responsibility for the governments we elect, and we can’t do that properly if we do not take the trouble to inform ourselves from the best available sources about the issues and policies on which governments should act”.

I almost ended the piece there. My exhaustion seemed like a burden I needed to manage if I wanted to think of myself as a good citizen. But the reality is, most of the people giving up on news aren’t selfish.

Last year Nieman Lab reported that women, in particular lower-income earners, are more likely to disengage from the news cycle than men. Their avoidance is compounded by the gender division of emotional and household labour in most families. Research showed that women didn’t avoid news because it was too depressing, but because they were trying to “conserve their own emotional energy” to “fulfill their responsibilities to others”.

That feeling isn’t new, it’s compassion fatigue. Before the 24-hour news revolution it was a condition that traditionally affected industries like nursing where over-exposure to other people’s trauma could cause mental and physical distress in caregivers. But its symptoms (numbness, depression, “decreased sense of purpose”) are increasingly familiar to the rest of us.

So, what do we really mean by “selfish”? Because, beyond educating ourselves, reading the news alone doesn’t really achieve much. It’s simple to say looking away from any disaster is selfish, but is flooding ourselves with undirected anxiety until we’re incapable of caring any better? Meira Levinson, a professor at the Harvard Graduate School of Education and the co-director of the graduate fellowship program at Harvard’s Center for Ethics warns, “Everybody has a finite amount of cognitive and emotional capacity.” She suggests that it’s in fact “unethical” to waste (or exhaust) it. 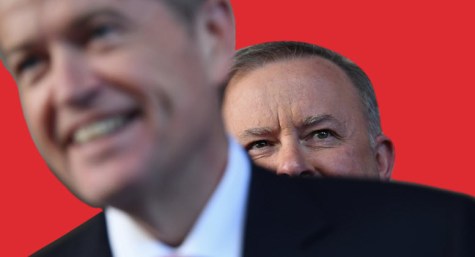 Now is no time for resignation

To say that ignoring the news is selfish confuses being informed with being engaged. It assumes that gorging on information will return some kind of victory without having to do anything involving putting shoes on.

For comparison, my mum hardly ever watches the news. Talking to her, you would probably take her to be an avid consumer, though: she has opinions on the immigration minister’s “God-like” powers, Greta Thunberg’s zero-carbon trans-Atlantic boat trip, and the limping religious freedom bill. But she gathered them from helping her friends with their own immigration paperwork, participating in local community action groups, and going to an increasingly woke church.

She’s a picture of good citizenship: engaged, concerned, active, and not totally demoralised by the state of the world. Her understanding of things is fed by other people’s experiences. She isn’t exhausted by current events, she’s energised by her own interactions with them.

Personally, I believe reading the news is good to a point. But trying to consume it all is not only impossible but reckless. It puts you at risk of incapacitating yourself to the point where you can’t do anything more than croak “how terrible”. The act of selfishness then isn’t turning off but allowing yourself to drown; to see what’s at stake, lapse into a state of paralysis, and do nothing.

Wendy Syfret is an award-winning Melbourne based writer and editor who previously was managing editor of VICE Asia, and prior to that was the head of editorial for VICE Australia. 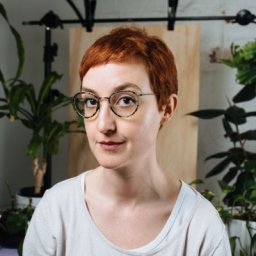 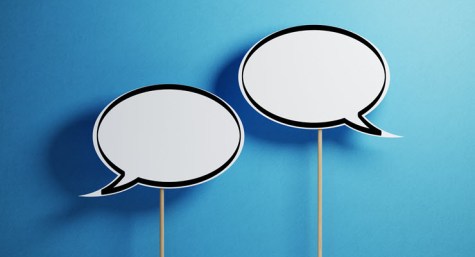 Is it time to kill the comments section?

A nice lie down: on news exhaustion and rehabilitation 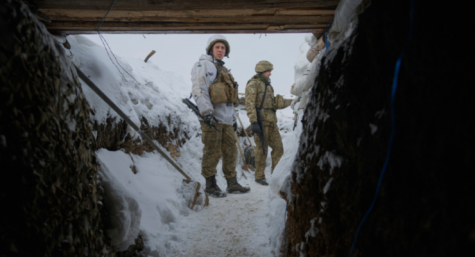 Your father trusted the news he read. These days, your exposure to wider sources of news has probably made you realise that the trust he has is now misplaced.

Your father trusted the news he read. These days, your exposure to wider sources of news has probably made you realise that the trust he has is now misplaced.

The simple takeaway is moderation and selectiveness. Or more simply quality over quantity. Most news is not news. It’s comment, projection, speculation, propaganda, waffle filler and often just plain lies or wrong.

However this article is a confusing mish mash of unexplained and unexamined differences. Hard news is not opinion. In depth background is not analysis. It also doesn’t talk of what different readers, watchers and listeners are after. To many the news starts and ends on the back pages of newspapers and the ends of broadcasts. Sport.

It was disappointing to read the stray insert “….where individuals (usually white men) learn that…” Really ? Is there any generalisation we can’t lazily have chucked at us ?

The ‘duty to remain informed’ argument is also predicated on a fallacy: that consumption of news somehow makes you ‘more informed’. For some of the reasons alluded to above (and some others), including rise of churnalism, sock puppetry, the creeping cancer of false balance and, in the case of Australia, the deliberate white-anting of independent journalism by bullying of the ABC and centralisation of media power (have you tried reading Nine-fax lately – its horrible).

But worst of all is the 24-hour news approach which is the last vestige of the Soviet command economy: by management diktat there will be 24 hours of news available in any given 24 hour period. Whether or not that news is real.

When you actually compare what is genuinely important – climate change and all the associated environmental disasters; economic stagnation; increasing exercise of executive power at the expense of the citizenry – and what is actually reported, its a venn diagram of two circles that barely overlap….

The problem is the definition of ‘news’. For most journalists, this traditionally means the stuff that keeps the ads apart. It’s a commodity. You sell 64 pages of ads (more likely 22 these days) and you find 64 pages of news to fill in the spaces.

But now that the media’s business model has been busted and the gatekeepers and curators have been disintermediated, ‘news’ gets defined by the people who make it. And an under-resourced traditional media scrambles to catch up.

Trump’s Twitter feed typifies the new world – an unmediated, stream-of-consciousness from the world’s single most powerful individual. Keeping up just exhausts people. We know he’s mad. So who’s going to do something to change it? And why pay attention until something does change, fundamentally?

Domestically, we know the Labor Party is in the foetal position and we know the “conservatives”, with their support crew in the Murdoch/Seven/2GB culture warriors, are ritually kicking the corpse. So short of a revolution, what’s going to change it? A clever tweet? A letter to your local member?

For many of us, it just feels pointless. The ‘news’ is utterly, irredeemably depressing. Nothing is gained by getting worked up by it except giving the giant attention economy machine what it wants – our eyeballs.

Well said. No point Listening to propaganda 24/7. It will rot your brain and believe it or not, you will start to believe the lies. They will seem like “obvious” facts that “everyone knows”. It’s not selfish to not listen to the news. It is simple self-defence.