Payne appeals to Iran for release of Australians

Good morning, early birds. Foreign Minister Marise Payne has appealed for the release of three Australians detained in Iran, and the Nationals want the cashless welfare program expanded to cover all recipients under 35. It's the news you need to know, with Rachel Withers.

Foreign Minister Marise Payne has appealed directly ($) to her ­Iranian counterpart Mohammad Javad Zarif for the release of three Australians detained in a Tehran jail, The Australian reports.

Payne said yesterday that she had communicated with Iran’s foreign minister “many times” about the cases, “including through face-to-face meetings”. The trio includes travel-blogging couple Jolie King and Mark Firkin, arrested for flying a drone near a military ­installation, and an unnamed female academic, who has ­reportedly been sentenced to 10 years’ jail for espionage. The prison in which they are believed to be held houses around 1500 political dissidents, and has been described by prisoners as “solitary cells with no windows, ventilation and lavatory”, The New Daily reports.

Nationals MPs are urging their party to support an Australia-wide rollout of the cashless welfare card for recipients under 35, as well as an inquiry into the adequacy of the welfare system, the Nine papers report.

The Nationals’ Federal Council will this weekend consider a motion calling on the government to expand the cashless debit card to anyone under 35 who receives the dole or parenting payments, in order to “reduce social harm caused by welfare-fuelled alcohol and drug abuse”. Another motion being considered calls on the government to support an inquiry into whether Australians on welfare can “meet their basic needs”, but stops short of calling for an increase to Newstart. Addiction specialists have told The New Daily that welfare drug testing does more harm than good, and could see users turn to more harmful substances or crime.

Besieged Liberal MP Gladys Liu did not declare links to Chinese government-affiliated organisations on her preselection forms, and failed to declare a 2015 donation to the Liberal Party ($).

The ABC has obtained the form Liu submitted during her Liberal preselection, showing that she failed to disclose her former memberships as required. The Herald Sun reports that Liu also failed to file a return to the AEC for a $39,675 donation made in 2015-16, her second such donor omission. Prime Minister Scott Morrison, who yesterday accused those questioning Lui of a “smear” with a “very grubby undertone”, has attracted the ire of conservatives including Sky News host Andrew Bolt.

This is what the Greens want to see happen — baby pigs drowning in effluent.

The NT Nationals senator accused “smelly, hairy” Greenies of wanting to hurt animals, saying one farm invasion had led to the death of piglets, during yesterday’s farm trespass laws debate.

Scientists warn UN: We’re pushing our planet to the very brink of doom

“Ultimately, while her situation is in part a muddled intersection between genuine concerns about Chinese government influence and mundane ‘yellow peril; xenophobia, there’s an actual question at its root regarding the integrity of the Australian parliament. Our constitution retains some anachronistic rules about who is or isn’t eligible to sit in parliament, exposed in recent years by serial section 44 cases over dual citizenship and pecuniary interests. However, there is a ground for expulsion that has never been successfully invoked but could come into play if Liu’s story isn’t adequately clarified. Section 44 disqualifies from parliament, in addition to foreign citizens, anyone who is ‘under any acknowledgement of allegiance, obedience, or adherence to a foreign power’. Call it the foreign agent provision.”

“An order by the Jehovah’s Witnesses in Australia to destroy confidential records could undermine a child abuse compensation claim currently being prepared for the Supreme Court of Victoria. A lawyer representing the victim says she was shocked to learn that the Christian body had ordered confidential documents, including notes taken by elders investigating child sexual abuse, to be destroyed.  ‘These are the sorts of documents that are required by law to hand over, so if they’re being destroyed, it’s incredible,’ Dr Judy Courtin told INQ. ‘Such evidence can be critical to whether a case gets up or not … It could be critical to the whole case.’”

How The Australian has run a Holy War on trans youth

“Bernard Lane has led the charge in this Holy War. Four experts have been key to his reporting. The Australian refers to them as ‘clinicians’ but one (Dr Geoff Holloway) is actually a health sociologist who describes himself as ‘pro-radical feminism’. He was, at the time, joined by paediatrics professor and former deputy president of Fred Nile’s Christian Democratic Party John Whitehall, developmental psychologist Dianna Kenny, and paediatrician and 2019 Senior Australian of the Year Dr Suzanne Packer. Kenny has compared ‘transgenderism’ to other ‘solipsistic disorders’ like anorexia, plastic surgery addiction or a rare ‘alien limb’ illness. Whitehall has admitted to supporting conversion therapy (a practice widely condemned by child welfare advocates), and having never treated transgender patients before.”

I can’t make John Setka stand aside. But I think he should – Jacquie Lambie (The Age/Sydney Morning Herald):  “John, your leadership is harming the reputation of what it means to be a union member in this country – that’s union officials saying that. And you’ve been asked by the two most senior union officials in Australia to step aside, more than once. And you’re ignoring them. You’re undermining the reputation of the membership, and you’re undermining the authority of the leadership. You’re doing more damage to the Australian union movement than anybody sitting on the Coalition frontbench. And what’s more, you’re helping the Coalition stay in government.”

Trust, transparency and G20 trade rules hold key ($) – Finance ministers Josh Frydenberg, Heng Swee Keat (Singapore), Sri Mulyani Indrawati (Indonesia), and Bill Morneau (Canada) (The Australian): “Uncertainty over the outlook is contributing to a slowdown in trade and manufacturing activity. We have seen a return of financial market volatility, currency instability and decreased capital flows to emerging economies. Dampened global trade conditions are affecting investor confidence, business investment and produc­tivity. Growth has slowed and risks remain tilted to the downside. The World Bank and the International Monetary Fund continue to revise down economic growth forecasts. Collectively, we need to take steps to reverse this course. We need to champion the rules-based multilateral system. While respecting each country’s domestic priorities, we should be clear that protecting free and open markets will ensure stronger growth and greater prosperity for all.”

No news is not good news for Prime Minister Scott Morrison ($) – John Rolfe (The Daily Telegraph): “Since becoming The Daily Telegraph’s national political editor three weeks ago, I’ve had the chance to sit down with several Cabinet ministers. One proposed we do a story about how Labor was yet to dump a particular policy it took to the election. I thought that was a bit odd. The minister didn’t seem to understand people might be more inter­ested in the plans of the government they just re-elected than what the mob they didn’t elect isn’t going to do.”

Regional NSW could run out of water by November 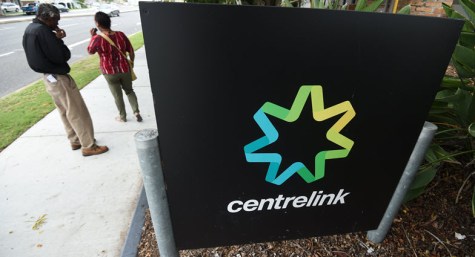 I wonder what the penalty would be for an Iranian national flying a drone near Darwin’s Evil Empire Marine colony?