There are registered lobbyists and then there’s these guys…

How can we make any decisions about whether lobbying is a good or a bad thing when not all lobbyists are registered — and those that aren't have less transparency and greater secrecy?

While there are almost 600 third-party lobbyists registered in Australia — working for firms and representing a number of clients — that’s only a part of the lobbying story. That number doesn’t account for unregistered lobbyists.

There are in-house lobbyists (large companies, often multinationals, have their own government relations team, often running into the scores), large industry peak bodies that represent themselves, and law firms, accountancy firms and fund managers that offer their clients, as a sort of side-service, lobbying services as well.

These lobbyists have far less transparency than third-party lobbyists, and their activities are correspondingly more secretive. They also represent, or are themselves, major political donors: the big four accounting firms have jointly become the biggest source of political donations in the country, but also act as major lobbyists for their clients, many of whom are likely to be political donors themselves. 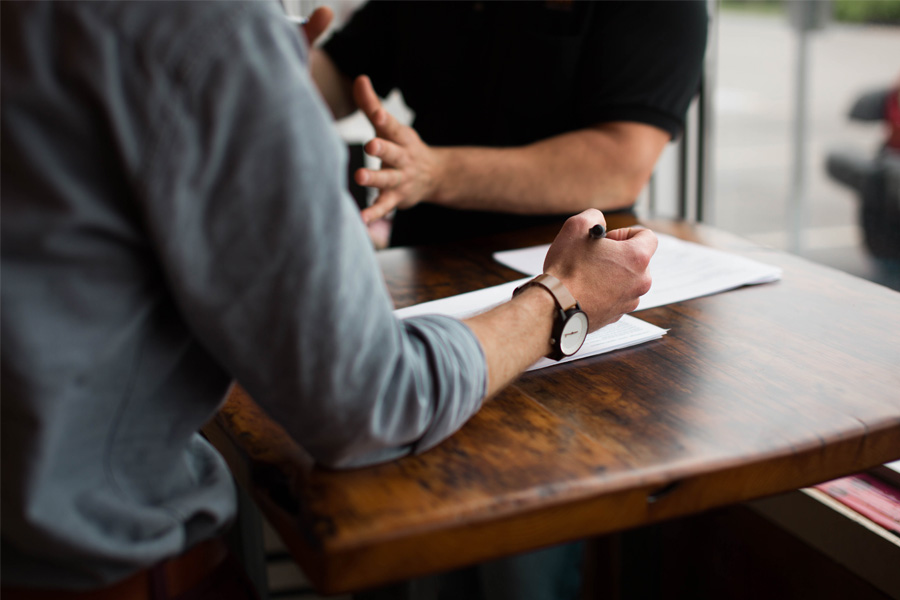 This is a much murkier kind of corporate lobbying, the kind that contributes to perceptions of soft corruption in politics. Scott Morrison recently urged the public service to aim for serving “middle Australia” rather than lobbyists who “stay at the Hyatt … have lunch at the Ottoman … kick back at the Chairman’s Lounge at Canberra airport after a day of meetings”.

In New South Wales, the Independent Commission Against Corruption (ICAC) is currently investigating lobbying, access to government, and influence. It notes that “lobbying is not only an essential part of the democratic process but that it can positively enhance government decision-making”. And lobbyists INQ spoke to — all but one on the condition of anonymity — said Australians tended to conflate lobbying in general with Washington-style lobbying, which as one lobbyist noted, is a “different beast”.

A powerful lobbyist group in the US that is seen to have “bought” politicians and influence is the National Rifle Association (NRA), which donates heavily to political election and re-election campaigns. Another prominent example is that of disgraced American lobbyist Jack Abramoff. One lobbyist said: “There is a perception, wrongly or rightly, that crossing the floor is based on money that goes into their personal pocket for re-election campaigns.”

But a survey by the Centre for Policy Development in 2017 revealed 65% of Australians said they think lobbyists had too much influence, and 73% of Australians think politics is fixated on short-term gains. A 2010 investigation into lobbying by ICAC made numerous recommendations — including a register for third-party lobbyists, the publication of ministerial diaries (in NSW), and a code of conduct — which have since been put in place. But as the current inquiry notes, not all recommendations were followed through.

In a submission by lobbying firm Barton Deakin to ICAC, CEO Matt Hingerty stated: “We would not be opposed to the diary disclosure rules being extended to all MPs, nor for formal meetings with senior public servants.”

Indeed, it’s noteworthy that third-party lobbyists like Hingerty and others INQ spoke to are supportive of greater transparency around lobbying, particularly in regard to areas of lobbying not currently caught by lobbyists registers at the federal and state levels. A submission to ICAC’s current investigation by the Human Rights Legal Centre (HRLC) warns it is not enough and that in-house government relations people should be put on a register (which would potentially be much larger than the current register). The HRLC also called for all lobbying communications — not just “face-to-face” interactions — to be recorded and made publicly available online. 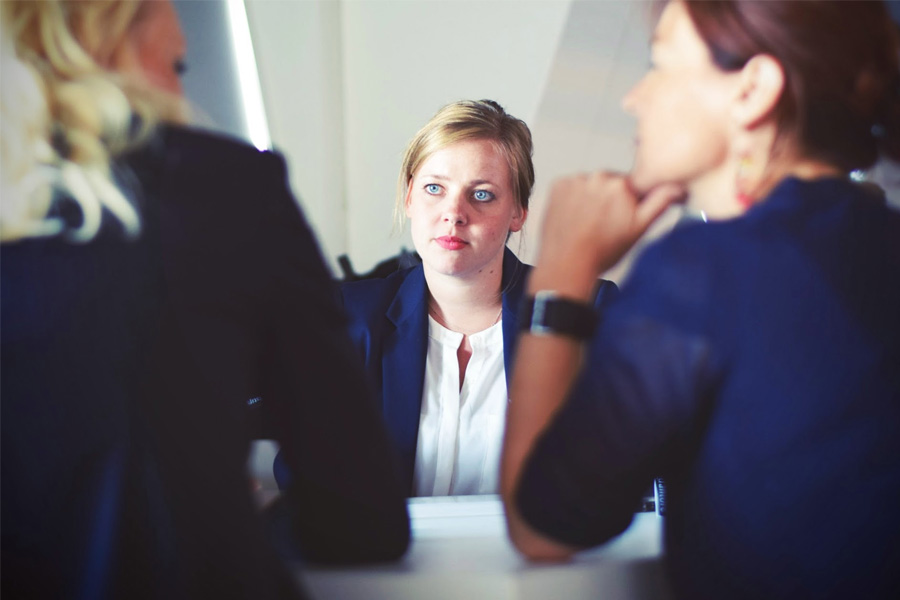 The Australasian Centre for Corporate Responsibility (ACCR) has also echoed the suggestion that all types of lobbyists should be on a register. The ACCR pointed out that industry bodies are not registered or bound by registry rules, meaning businesses could exercise influence through peak bodies instead. It gave the example of mining and petroleum companies including BHP, Rio Tinto, South32, Orica and Newcrest Mining, which did not make any political donations in 2017-18 “but are all paid members of the Minerals Council of Australia, which gave a total of $94,900 to political parties in that period, including the NSW Liberal Party”.

One suggestion Hingerty made and fully supported was the instatement of an independent officer who could be approached by political staffers and bureaucrats to seek advice on a lobbying experience and potentially escalate it as something to formally investigate.

“You might get invited to something, the footy, by a property developer and a young staffer might think ‘Hey, that’s great, that’s my team I’d love to do that’ — a freebie. Most offices have policies on this … but it’d be good for them to ring up a commissioner [independent officer] saying, ‘I said yes to this thing but I think I should say no, what do you reckon?’”

The experienced professionals who argue that third-party lobbying is no dark art but an important part of the democratic process are also the ones who back greater transparency for lobbyists and the process of lobbying itself. They don’t believe they have anything to hide.

Whether their colleagues among in-house lobbyists, accounting and investment firms agree is less clear. The ready mingling of political donations, unregistered lobbyists and, at least at the federal level, a lack of meeting diaries, seems to confirm the fears of the electorate that lobbying is indeed a sinister project of vested interests. There’s unlikely to be any restoration of electoral trust in politics without the public having a greater understanding of what goes on inside ministerial offices across the country.

Who pays the Piper? Parliamentary library 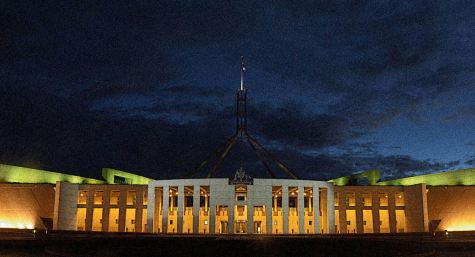 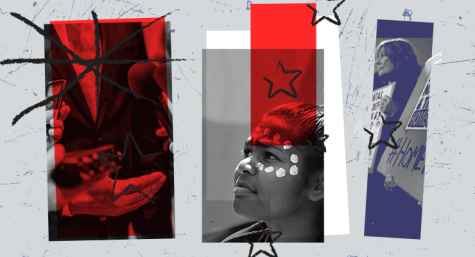 Liberals, lobbyists and finding the fine line between them

Had an idea -I am a registered lobbyist, called a voter – we should be setting up a voters lobby in each electorate then the pollies may take more notice rather than popping up a few weeks before each election and saying what good things we have done for you – so vote for us.

But would you have enough money to compete? It’s influence that they are buying.

Great idea – open lobbying, in public, with all documents & meetings transparent.
Or would that be prevented by the catch-all “commercial-n-confidence” as if the cost of drug testing welfare recipients?
Oxygen & sunlight are good disinfectants, which is why they are shunned.

Ah – but is there a climate change ?

Let’s kill all the lobbyists, as someone suggested on the other intro post.

Becoz, you knows: the average good old punter is just soooo informed and engaged about politics, and especially policy details. Yep, the good old quiet Australian punter in the street knows best about what this country needs. And if he don’t…well, why, the Meeja can set him straight, can’t it. Whatever his politics, if he’s a wee bit loony toons conservative Alan Jones can set him right on even the most complex policy/political/electoral conundrums in a good old two minute microphone rant…while if he’s a wet pap prog lefty, some twelve year old Mitchell Uni Comms grad will do the trick, in 400 deathless prosey words in Teh Darling Grauniad. Coz she Roolly Roolly, like, Cares About Democracy.

Yes, yes! Let’s let Teh Saintly Oz Meeja alone act as the democratic intermediary between Teh Saintly Oz Punters and those they elect to parliament, free of all those pesky wanker
Political ‘Lobbyists’ – ptooey! Because so far Teh Meeja have done such a wonderful pure agenda-free job on that score. Oh yes: no corruption or distortion or toxic backroom information manipulation in the way Teh Meeja interacts with our democracy…none at all!

Yessirreee…yeah nah yeah it’s just common sense, innit. Why, why, you don’t need to spend weeks, months, years…you know, ‘learning’ about an issue, ‘reading’ lots of ‘authoritative documents’ (pfft!) full of ‘facts’ (ha!) about ‘policy stuff’, listening to ‘experts’…You don’t need these wanker ‘elite professional communicators’ who know who to see, and when, and how to pitch a case, how to successfully engage in the long slow unglamorous grinding policy ‘art of the possible’ that is our ‘least worst’ democratic system of civic management.

Far better to advocate political causes and policy options on uninformed tyre-kicking whiney gut instinct, on a passing whim, via online petitions, rants on talkback, grizzle sessions around the water cooler, Facebook memes, daily self-important Op Eds with big shiny bylines and $3/word returns, shouty or even violent rallies that might get you on telly, posh charity Harbourside lunches, moralistic mob hate-a-thons, and above all else, opinion polls and broadcast Vox pop(ulist) soundbites.

Yet another excellent deep dive INQ project in the offing. Thanks. But here’s something: I bet the readership is much less here than at the shorter, punchier ‘sexier’ Crikey, right? Coz…when it comes to politics…most punters want the superficial razzle dazzle of the switch flicked to vaudeville, not the deep dive substance. That’s fine – who can resist either Keating or Rundle in full flight? – but let’s not forget what actually gets things done in a democracy: grinding policy detail, sustained political interaction, engaged concession and compromise, policy bedding in, follow-up, tweaking,…policy ownership, policy stewardship, policy responsibility. Grown up stuff, in other words. Good lobbyists do that shit. That’s their gig. Good lobbyists aren’t the enemy of democracy or ‘Teh Peeble’. They help get stuff done.

Corruption in lobbying? You’ll actually find most of it incubated in the murky intersection between the (as the authors here note) unregistered ‘not a lobbyist’ lobbyists…and the more surreptitious ‘advocacy’ postcodes of ‘journalism’ – whether Murdoch’s nakedly self-serving lot, or the screechier lefty crowd of self-appointed do-gooders. That’s where the disinfectant and sunlight is really needed. But who’ll watch the watchers? (Will a federal ICAC have jurisdiction over The Gallery, too..?)