A letter obtained by INQ has shed light on the secretive methods the Jehovah's Witnesses are undertaking to erase the impact of child sexual abuse within the sect.

A body representing the Jehovah’s Witnesses in Australia has written to all elders of the group ordering them to destroy confidential records, including notes taken by elders investigating child sexual abuse, in an instruction that has enraged survivors of abuse inside the secretive Christian sect.

“We ask that each elder check his personal computer, or hard copy files, and even his meeting bag, to ensure that no confidential correspondence is retained outside the congregation’s confidential file,” the letter states.

It also directs elders to destroy information aired against so-called “wrongdoers”: “If this ‘wild talk’ is recorded in detail, it may not be accurately assessed when reviewed out of context,” it says. “If it is determined that some brief personal notes need to be taken during a hearing, they should be destroyed once a summation of the hearing has been prepared.”

A spokesperson for the Jehovah’s Witnesses declined to answer questions. In a statement he said records relating to child abuse were “retained in harmony with all legal requirements”.

The royal commission into child sexual abuse found that more than 1000 members of the Jehovah’s Witnesses in Australia had been identified by the organisation as perpetrators of child sexual abuse since 1950, but not one had been reported to police.

It found the general practice of the Jehovah’s Witnesses is to not report allegations of child sexual abuse to the police or other authorities unless required to do so by law.

Instead it conducts “spiritual investigations” involving a so-called judicial hearing — a quasi court used to air allegations of wrongdoing, where three male elders make a “judgement” as to whether the wrongdoing really occurred.

The letter, which has also been published on the whistleblower website JWleaks.org, has angered survivors of child sexual abuse inside the Jehovah’s Witnesses, who say it will jeopardise their ability to fight the organisation in court. “This is giving permission to allow leaders to delete both child abuse documents and financial documents, anything that might be incriminating in a court of law,” Jehovah’s Witness abuse survivor, whistleblower and advocate Lara Kaput said.

“They just have no shame and no morals, and that’s the opposite of what they preach.”

The Jehovah’s Witnesses, founded in the United States in the late 19th century, currently have around 68,000 active members in Australia. The group’s core mission is to publish and distribute “millenarian” literature — literature based on the belief that the end of the world is imminent. Their other beliefs include door-to-door preaching, a strict patriarchal society, living in isolation from non-believers and shunning those who challenge their beliefs. They are also, famously, opposed to blood transfusions. They are governed by a parent entity called the Watchtower Bible and Tract Society.

Kaput is a victim of child abuse inside the Jehovah’s Witnesses and now advocates on behalf of victims through the group SaySorry.org. She said the cover up of child sexual abuse inside the Jehovah’s Witnesses has been overlooked in Australia, despite attention overseas. She believes it is the first time elders have been directed to destroy records in Australia.

“The Watchtower has made a business decision that it’s cheaper to fight document destruction law than child abuse cases,” she said. “They’ve made a financial decision that it’s easier to pretend they didn’t release this, than it is to fight each individual child.”

She said the organisation is responding to a growing movement of abuse survivors and activists around the world who are taking notes from the Catholic Church and are speaking out against the cover-up of child sexual abuse inside their own Christian sect.

“The survivors are getting more confident, we are banding together, seeing other people being successful and starting to ask more questions and we’re coming forward publicly,” she said.

Documents filed with the Australian Securities and Investments Commission show that the Christian Congregation of Jehovah’s Witnesses (Australasia) was registered as a company in April this year.

Kaput recently wrote to her former congregation requesting personal information they held on her. Her letter was refused and returned to her in the mail as “return to sender”.

“For victims, a lot of information will be lost [because of this], and their cases may not be able to succeed.” 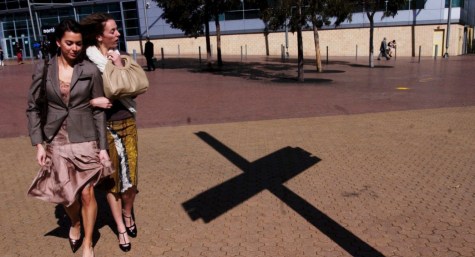 Who are the Jehovah’s Witnesses and what do they believe in? 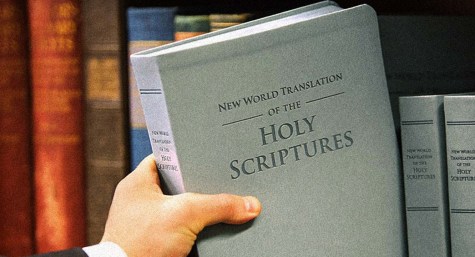 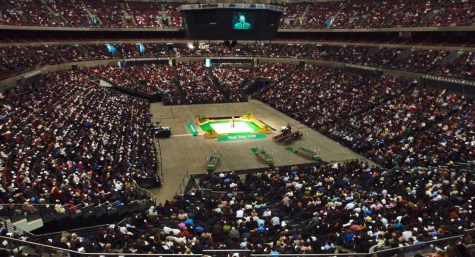 No doubt jehova will put this in his records for judgement day assessment and the perpertrators will be punished accordingly, in the meantime members are asked to keep their payments of 10% of their incomes to maintain the Elders in the manner they are now accustomed to.

And yes, scoundrel Morrison and his Christian mafia is protecting these Jehovah’s Witness cockroaches under the freedom of religion banner. It’s a fucking shame that these arseholes are able to operate so freely in this country and cover up their crimes at will.

Jehovah’s Witnesses do not tithe, so you don’t know what your talking about: they do obey reporting laws, and they did follow recommendations made by the ARC.

I can tell you from personal experience that they do not report abuse to police, they have destroyed records of their Star chamber tactics and they have liquidated many of their properties and sent the money overseas. They have no shame and value money ahead of abused children.

It’s time we had a royal commission into this whole Christianity business.

Good idea Norm…maybe we can get rid of all the ‘fairies at the bottom of the garden’ lot, and have some reality for a change. If only!!

No police raids on The Jehovah’s Witnesses in regard to criminal coverups / aiding and abetting sexual misconduct involving children. Oh I forgot this was all done under the guise of religious freedoms eh Philip Ruddock you shameless enabler.

The Police must IMMEDIATELY check this out, swoop on these creeps and seize every last document – and find out what they’ve already destroyed with a view to retrieving them, too – in existence with a view to undertaking appropriate punitive action against them.

When it comes to accusations the one with the complaint should go to the police, themselves. Sure elders need to know of accusations especially if it involves members of the congregation, but they do need legal protection and advice and should not be put on the spot handling information that should be part of one official report. They are not the police and there is nothing ilegal or improper with the advice they have been given.